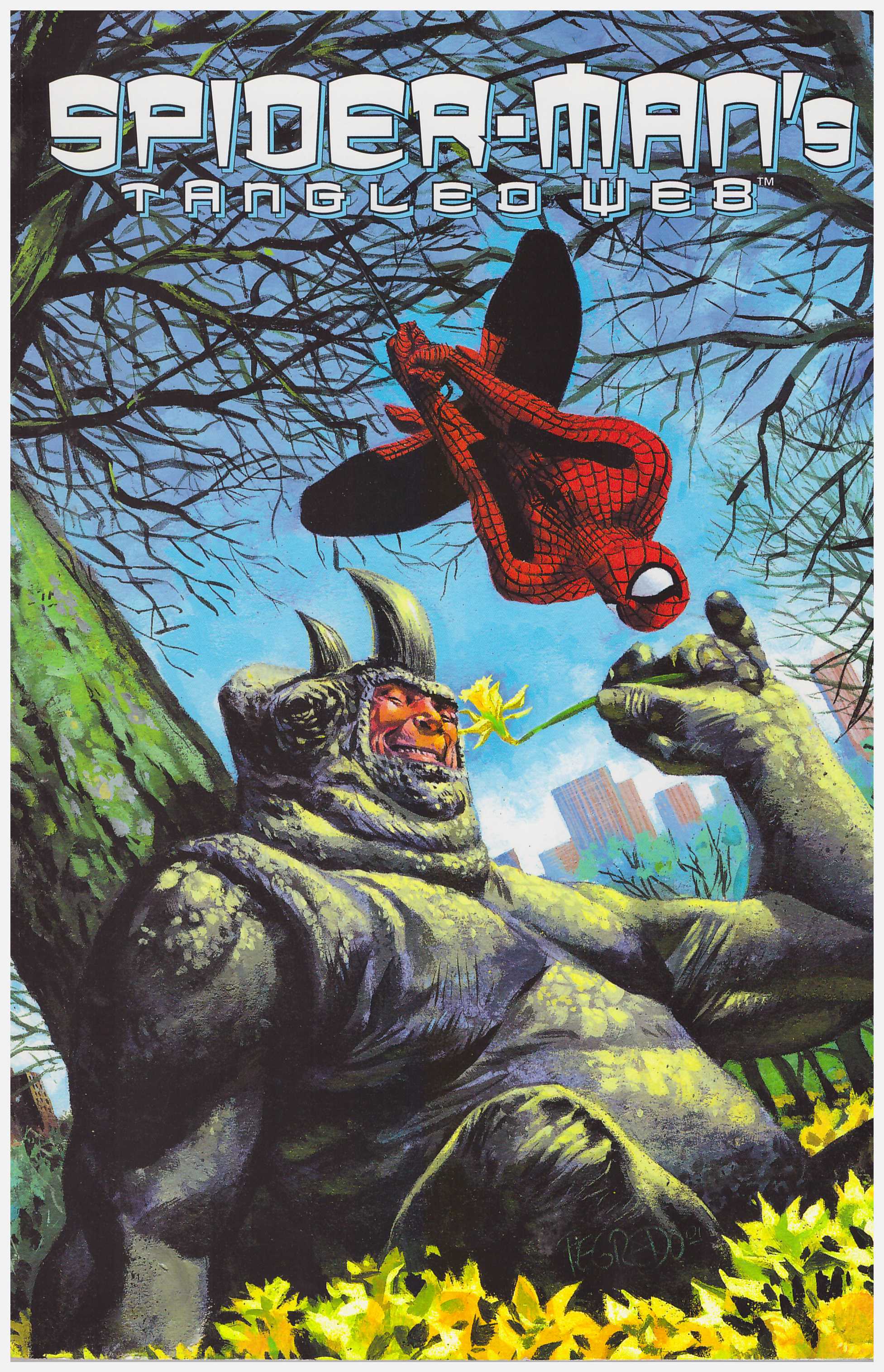 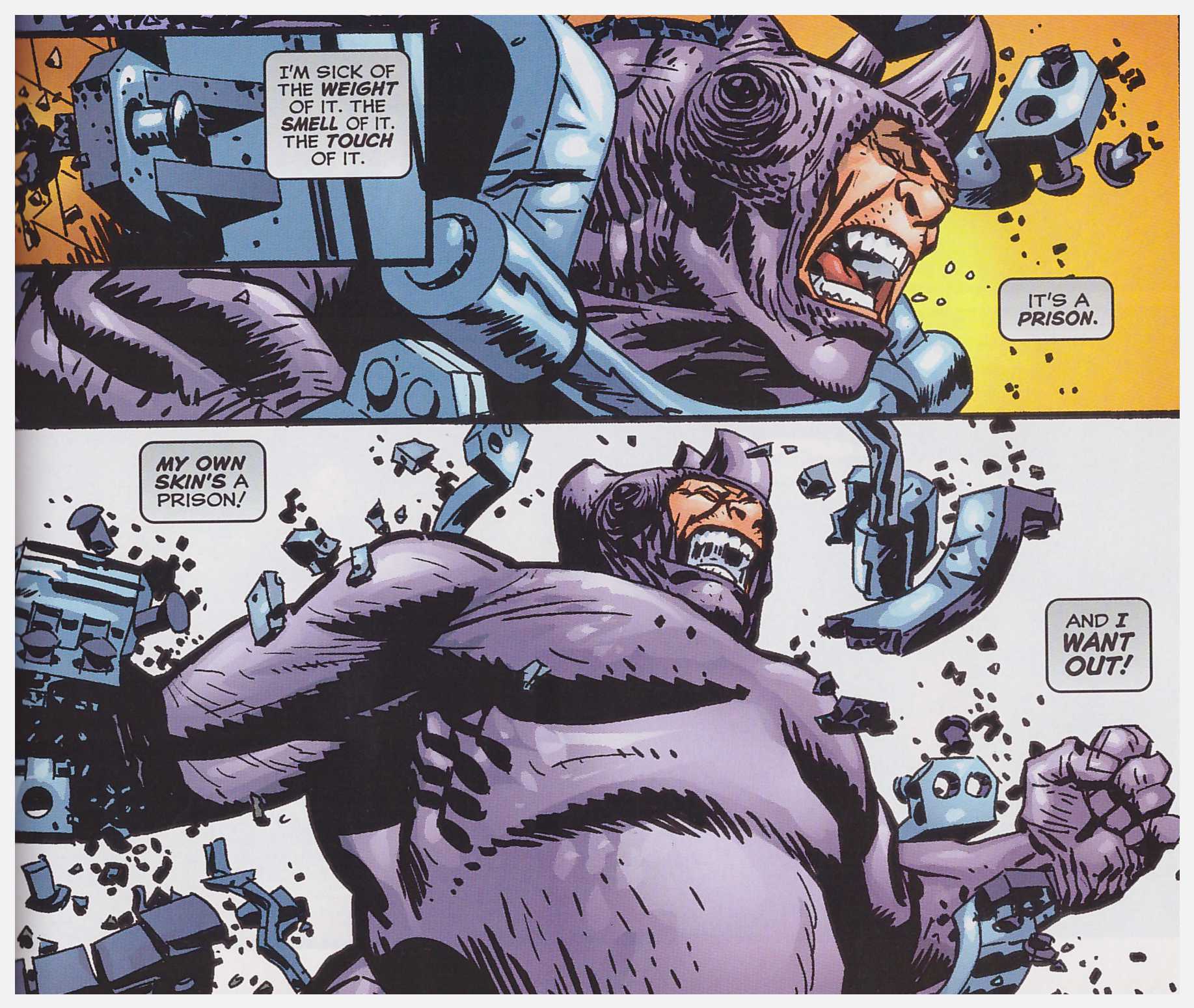 The idea behind Spider-Man’s Tangled Web was to spotlight characters whose lives were affected by Spider-Man without having the web-spinner on stage. That is apart from the opening story where Peter Parker is up front and centre. It’s one of the weakest of the entire run. Writer Garth Ennis has little feeling for Spider-Man, and artist John McCrea’s style switches frequently between the more realistic style he’d not really used since his earliest professional days to his more familiar cartooning. The occasional nicely worked sequence fails to disguise the padding, and the main villain is more suited to 2000AD than Spider-Man.

The opener suffers even more for being packaged with two pithy gems both ranking among the strongest of the run. Known for his terse thrillers, Greg Rucka shines the spotlight on one of the Kingpin’s lieutenants. Tom Cochrane has planned jobs on the Kingpin’s behalf for twenty years, but on the night the story takes place Spider-Man has pointed the police in the direction of a weapons cache. From that point Cochrane knows his fate, and that his years of service count for nothing, and the remainder of the story covers the following hour. It’s a grim piece, contrasting the light tone usually applied to activities associated with Spider-Man, and the effect is heightened by the cinematic art of Eduardo Risso.

The laughs missing in the previous story are compensated for in abundance in Peter Milligan and Duncan Fegredo’s focus on the Rhino. The strongman in a Rhino costume has never ranked among Spider-Man’s more deadly foes, and features in one of the better scenes of the Ennis and McCrea story. Realising his problem is limited intelligence and possibly taking too much pleasure in running through walls, a failed romance is the final step required for him to undergo an experimental procedure to boost his intelligence. Simultaneously poignant and hilarious, it’s a story that justifies the title alone, and there’s another good Fegredo-drawn story in volume 3. This story is also available in the hardcover The Best of Spider-Man volume 1 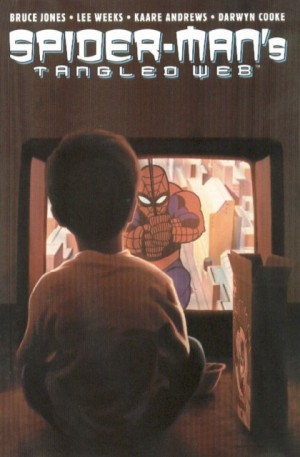 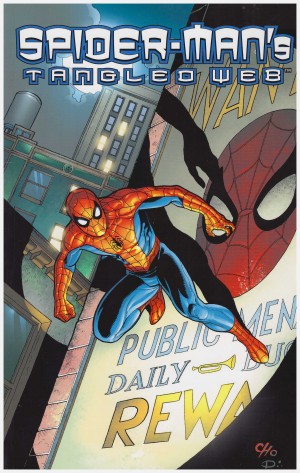