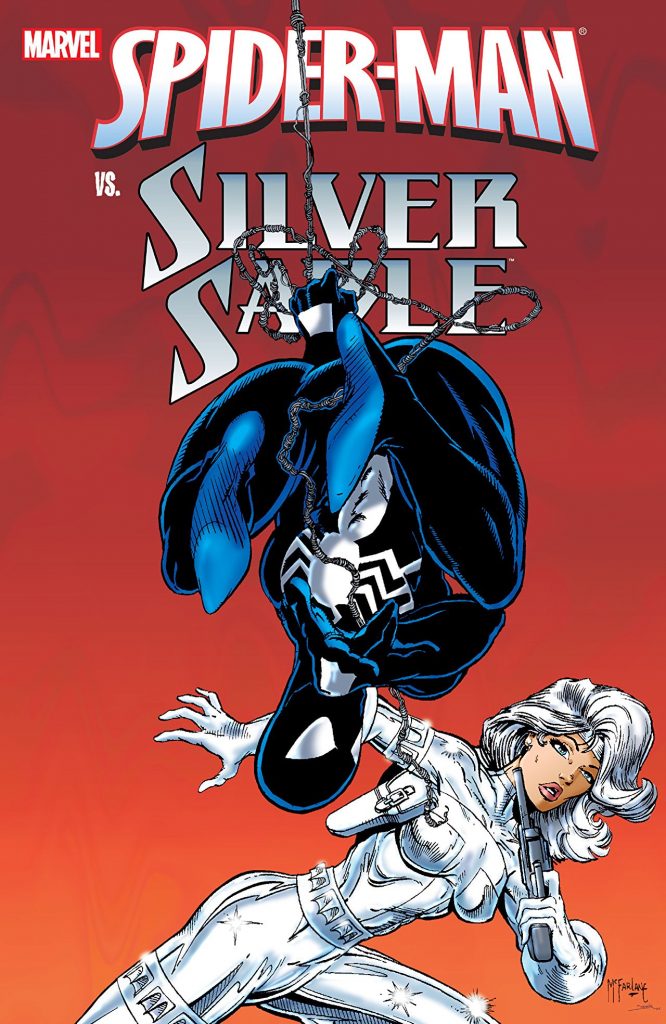 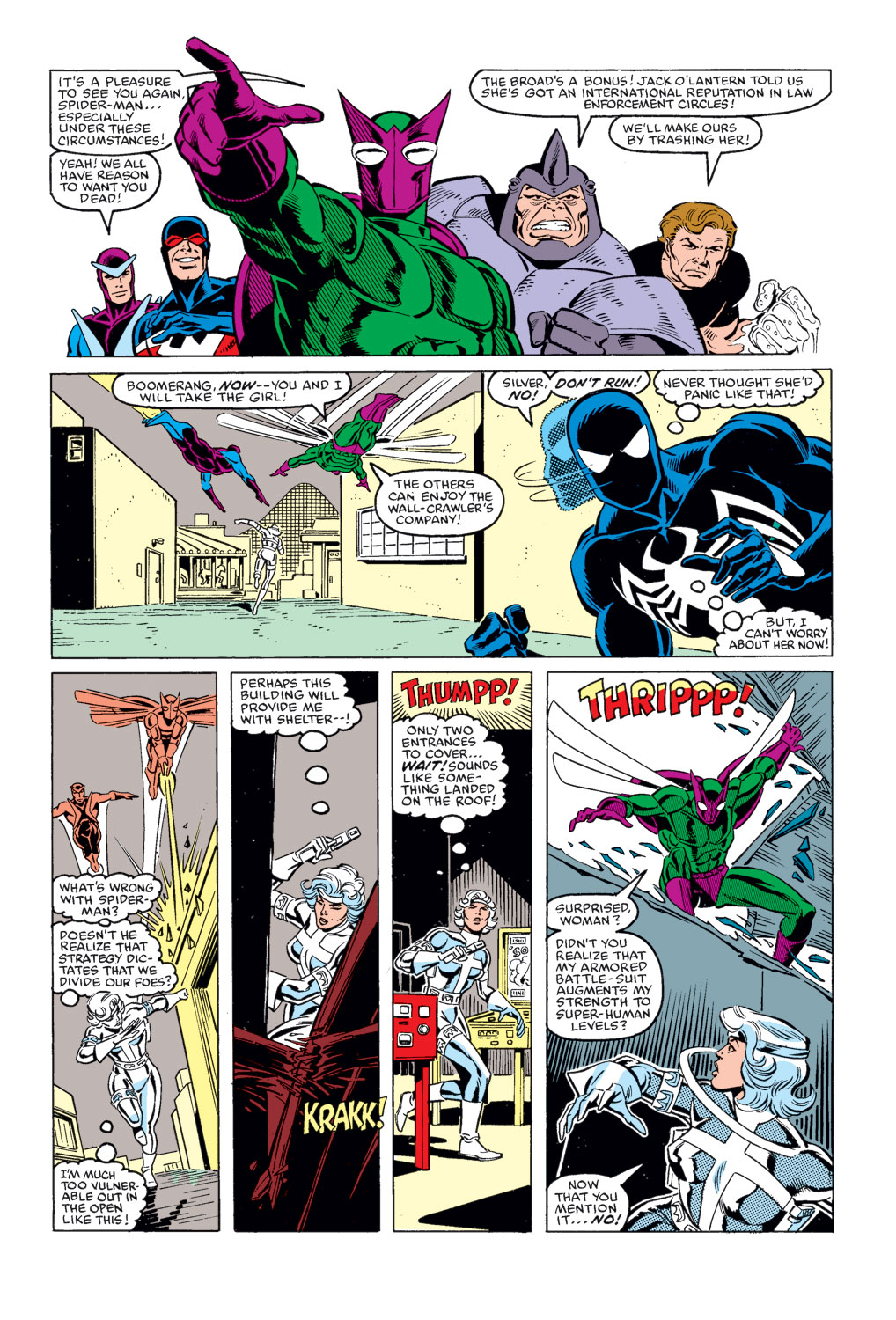 Silver Sable is an interesting character whose brief flirtation with headline status in the 1990s wasn’t a golden era at Marvel. She’s a mercenary from the fictional East European state of Symkaria, operating from their New York embassy to collect on high paying assignments, in most stories in this collection accompanied by a team of high-tech henchmen. As cleverly set up by Tom DeFalco, her activities make a significant contribution to her small nation’s revenues, but using infrastructure initially set up to hunt down World War II Nazis rather than costumed criminals and jewel thieves. Unlike most other characters featured in the Spider-Man vs anthologies, Silver Sable has a set of ethics, and her conflicts with Spider-Man are more in the nature of territorial disputes than acts of villainy. In fact, for most of these stories they’re allies.

DeFalco and artist Ron Frenz created a distinctive looking white haired woman in a white combat costume, and while they may not be the first names to come to mind when considering classic Spider-Man creative teams, their work is solidly entertaining. The stories are littered with subplots concerning the supporting cast, and all these years later they still do their job of catching sympathetic attention. You’ll be left wondering how Flash Thomoson’s going to extricate himself from a very sticky situation, and just how the gang war being set up is going to play out. With the amount of super villains also thrown in, neither Spider-Man nor Silver Sable receives much panel time, so while a decent enough plot, it’s not the best fit for the title.

Spider-Man and Silver Sable finally come into conflict when he’s falsely accused of murder and J. Jonah Jameson hires her to bring him to justice, although even then the fight is between her minions and Spider-Man. For a fair percentage of the early pages Peter David’s story seems to be going nowhere, but that’s just clever writing, as he’s actually dropping information needed later, and works his way to an excellent conclusion. It would have been far more effective to those reading his run of issues at the time, but retains a power even here.

The sample art is the work of Frenz, who draws half the book. He lays out a decent page, although the art isn’t as solid when Brett Breeding pencils from his layouts. Alan Kupperberg on the final story is more workmanlike and less imaginative, with the most distinctive art coming from Rick Leonardi, who includes novel viewpoints and has a stronger grasp of a thrilling page.

If you’re not too concerned that the title misrepresents Silver Sable being in conflict with Spider-Man, this is a readable selection of stories, but don’t become too hooked by those subplots as this collection never resolves them.