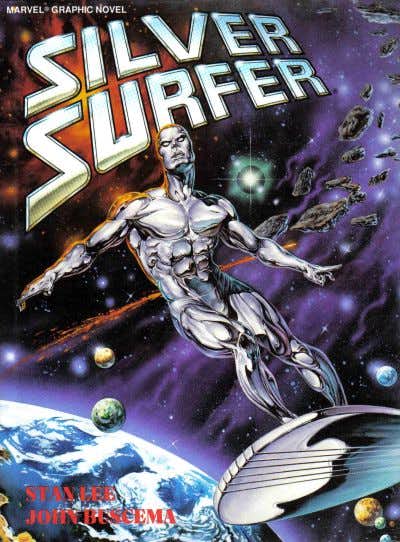 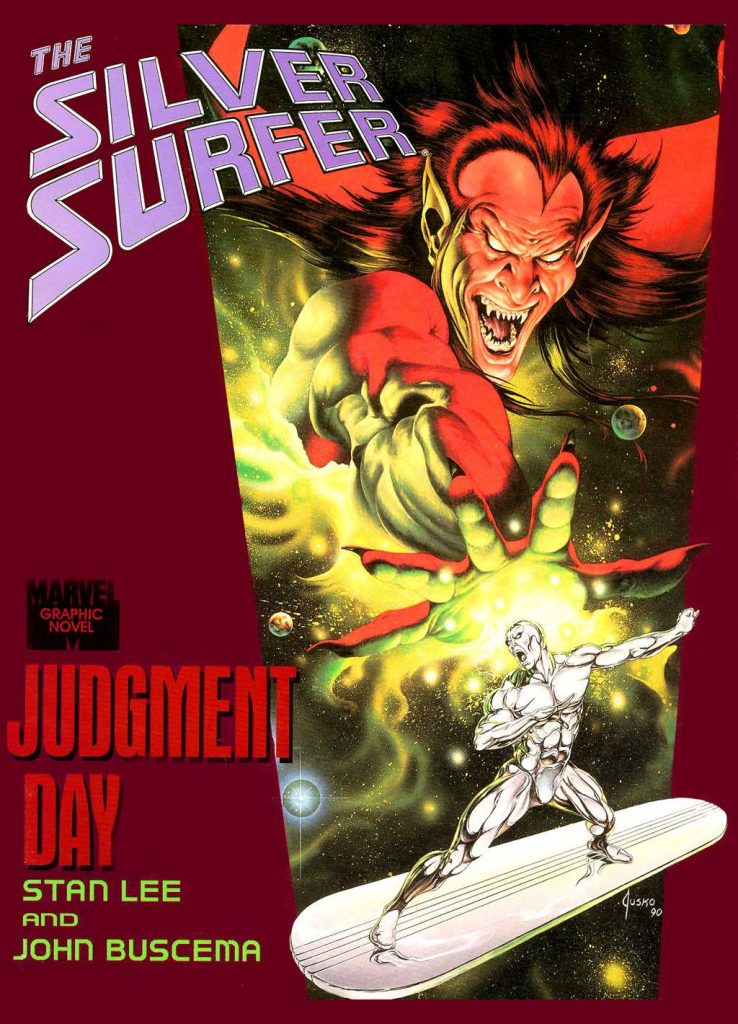 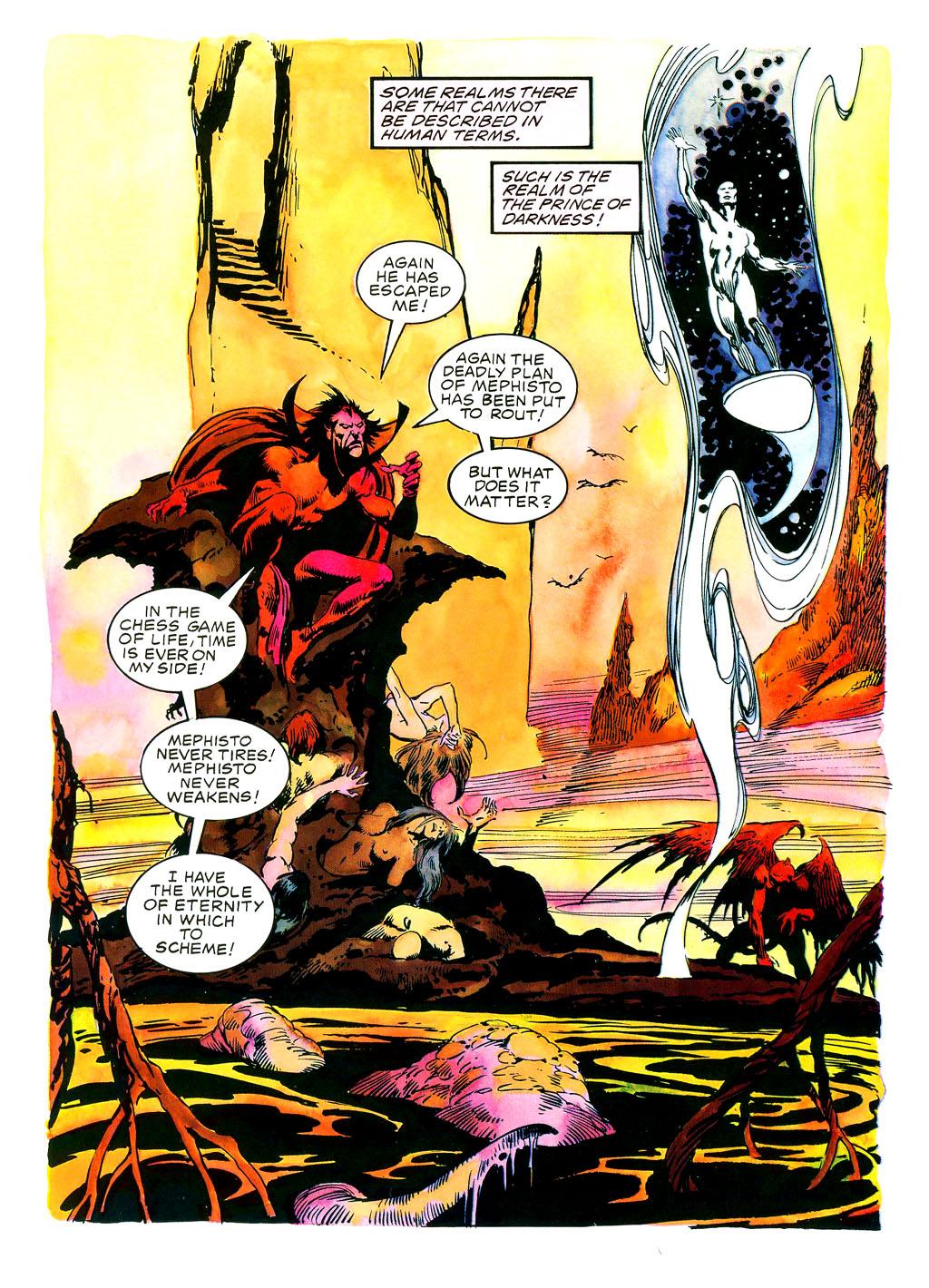 It was artist John Buscema’s idea to produce a sixty page graphic novel telling a story entirely in full page illustrations. It wasn’t a first as John Byrne had taken a similar approach drawing the Hulk a few years earlier (rejected at the time), but Buscema thrilled at the opportunity, knocking a plot together with Tom DeFalco and producing some stunning pieces of art.

An inherent limitation is any capacity to tell a story when restricted to sixty panels, fewer than a standard US comic. Some creators have worked wonders in that restricted format (see recommendations), but they’ve done so with panels that serve a story rather than presenting illustrative wonder. That noted, the plot, if not spectacular, certainly stands up. Stan Lee’s version of the Silver Surfer as not too far removed from a biblical figure of redemption required a tempter, and so substitute Satan Mephisto became his greatest enemy, obsessed with corrupting him or capturing his soul. He’s back for another try, this time using Nova, the current herald of Galactus, as his catspaw after the Silver Surfer all to easily sees through his initial scheming.

In his introduction Lee notes that when scripting the story his greatest problem was how to place the word balloons and caption boxes to avoid covering too much art. The solution of using fewer words appears not to have been on the agenda. Lee’s Surfer has always been vocally excessive, crying his torment to the winds, and there’s plenty of opportunity to do so as billions of lives are sacrificed to Mephisto’s vanity and Galactus’ hunger. It’s not only with the Silver Surfer, however, that Lee can’t keep his writing in check, and while it’s a viable style, much could have been equally conveyed with less. In the final pages he manages this, but too much of what precedes them is overblown and unnecessary.

Despite Jack Kirby creating the character, Buscema became the Silver Surfer’s definitive artist, supplying power, but also a classical artistic delicacy that balanced that power, and that’s in evidence throughout Judgment Day. Some pages specifically serve the story, but there’s enough leeway in most for Buscema to deliver a bountiful selection of finely composed portraits, and that’s what’s memorable today.