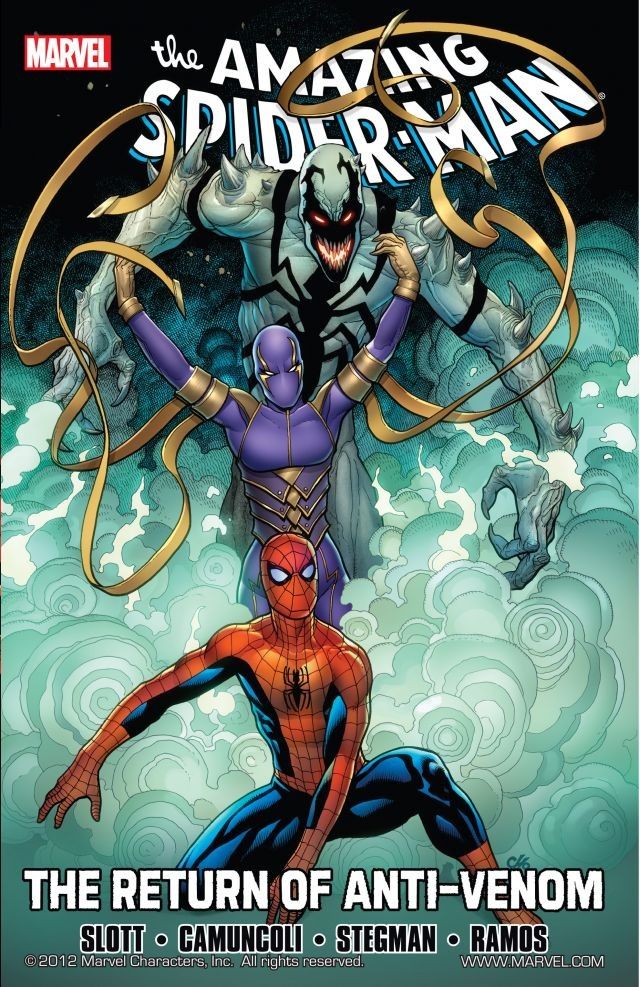 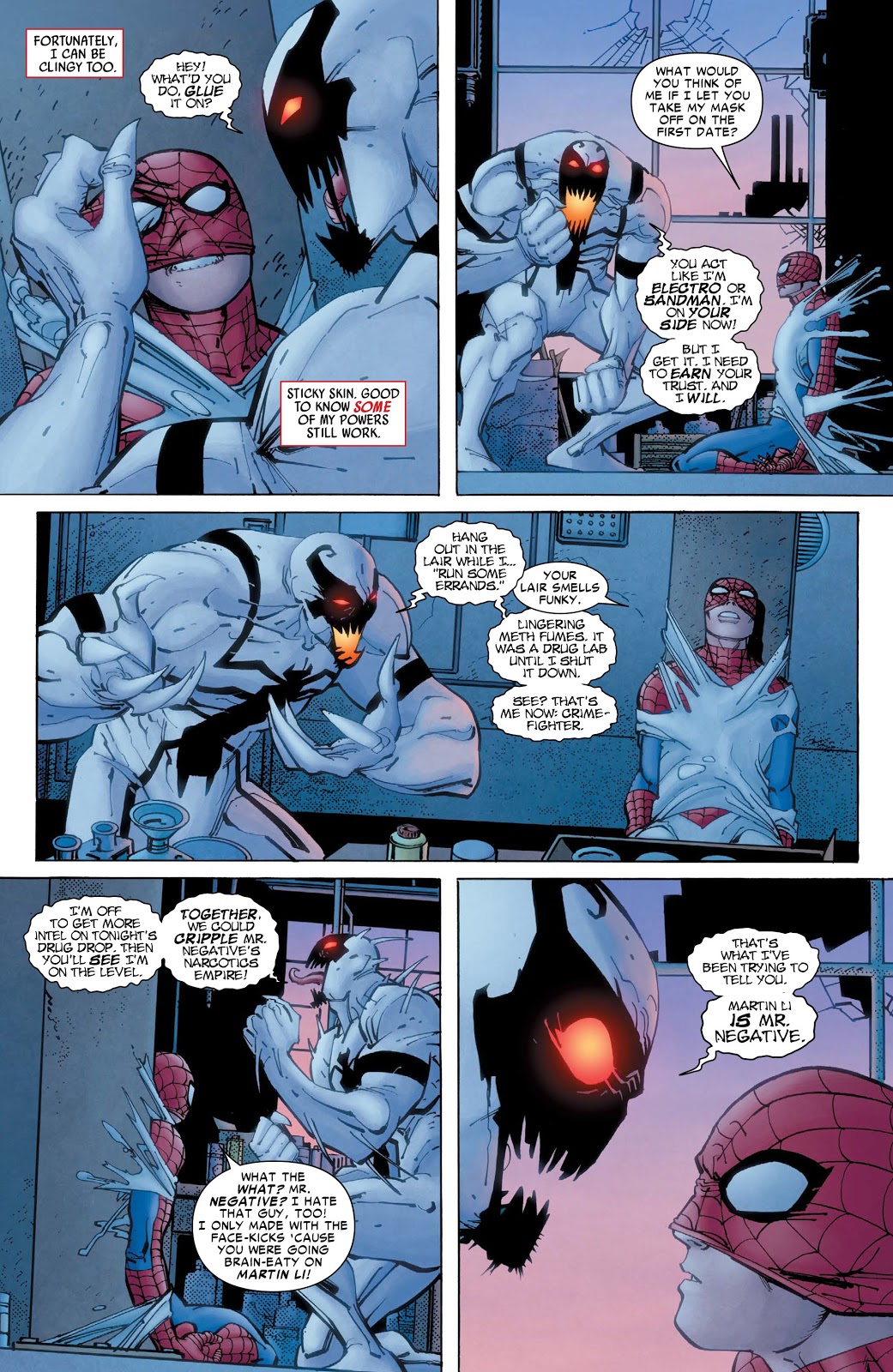 The opening chapter teams Spider-Man with Spider-Woman, which isn’t as common an occurrence as might be assumed following her 1976 introduction, then learning some kung-fu from the Master of Kung-Fu. It’s all a prelude to the next volume, Spider Island.

Following that we have the former Venom Eddie Brock, now redeemed and the scourge of crime as Anti-Venom, with Mr Negative on his mind. This begins as a confusion story, and there’s a problem with those. Anti-Venom knows the saintly Martin Li who runs the homeless shelter where Aunt May volunteers is also criminal overlord Mr Negative. Spider-Man isn’t aware, and so dumps on Anti-Venom on witnessing him targeting Li. This confirms Spider-Man’s status for Anti-Venom, who doesn’t share the information, so they fight.

That sort of misunderstanding has been a comics staple for decades, and occupies an entire chapter. Writer Dan Slott’s normally more creative, as with the sub-plot. A new version of the Wraith has been terrorising criminals, claiming the information she has about them is gleaned as she’s returned from the dead. She further claims to be once-beloved supporting character Jean DeWolff, and certainly resembles her when unmasked. This is handled in an altogether more satisfactory manner, even down to the person who discovers the truth, and Anti-Venom eventually shares his information to surprising effect.

Considering Spider-Man logically, a question raised is why the scientific know-how he applies to devising gadgetry to improve his crime-fighting capabilities isn’t patented, sold and making him a fortune commercially. Dan Slott begins to address that here, as Peter Parker can use his development lab position for both.

The final story is the best, all the more satisfying because it plays on a frequently used plot, but surpasses the expectations. Long time supporting cast member Betty Brant is robbed and left in a life-threatening condition. While her friends gather at the hospital, Spider-Man is tracking down the culprit. Slott surprises, as does artist Ryan Stegman, ever improving. Giuseppe Camuncoli is fine on the Anti-Venom story and Humberto Ramos reins himself in for the Spider-Woman tale, so all in all a decent artistic package.