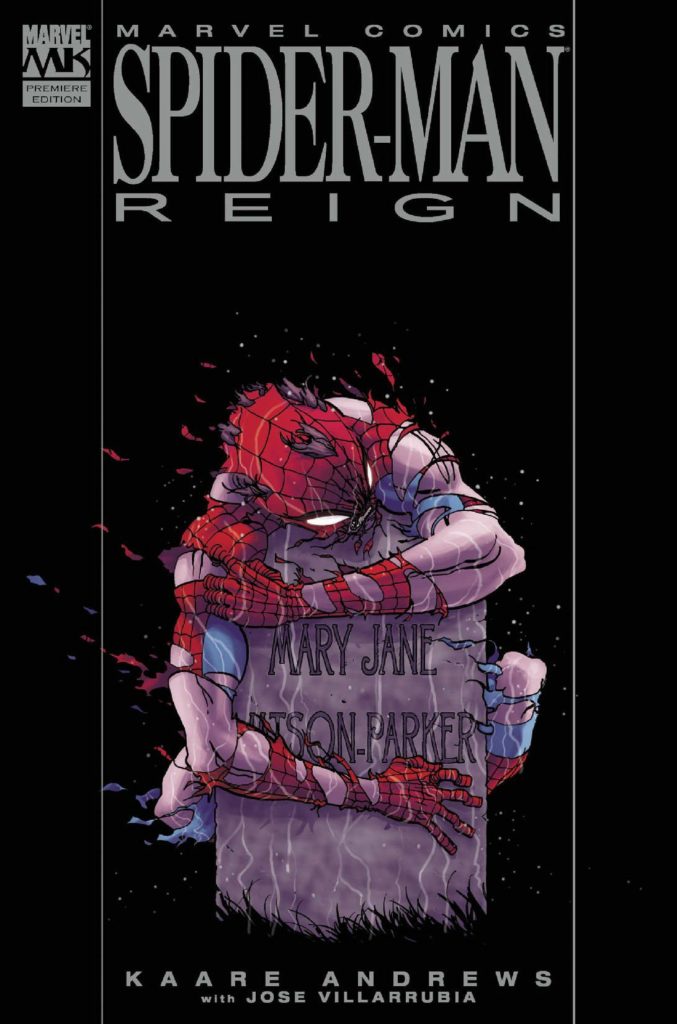 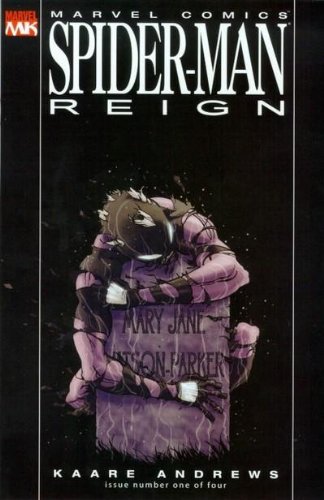 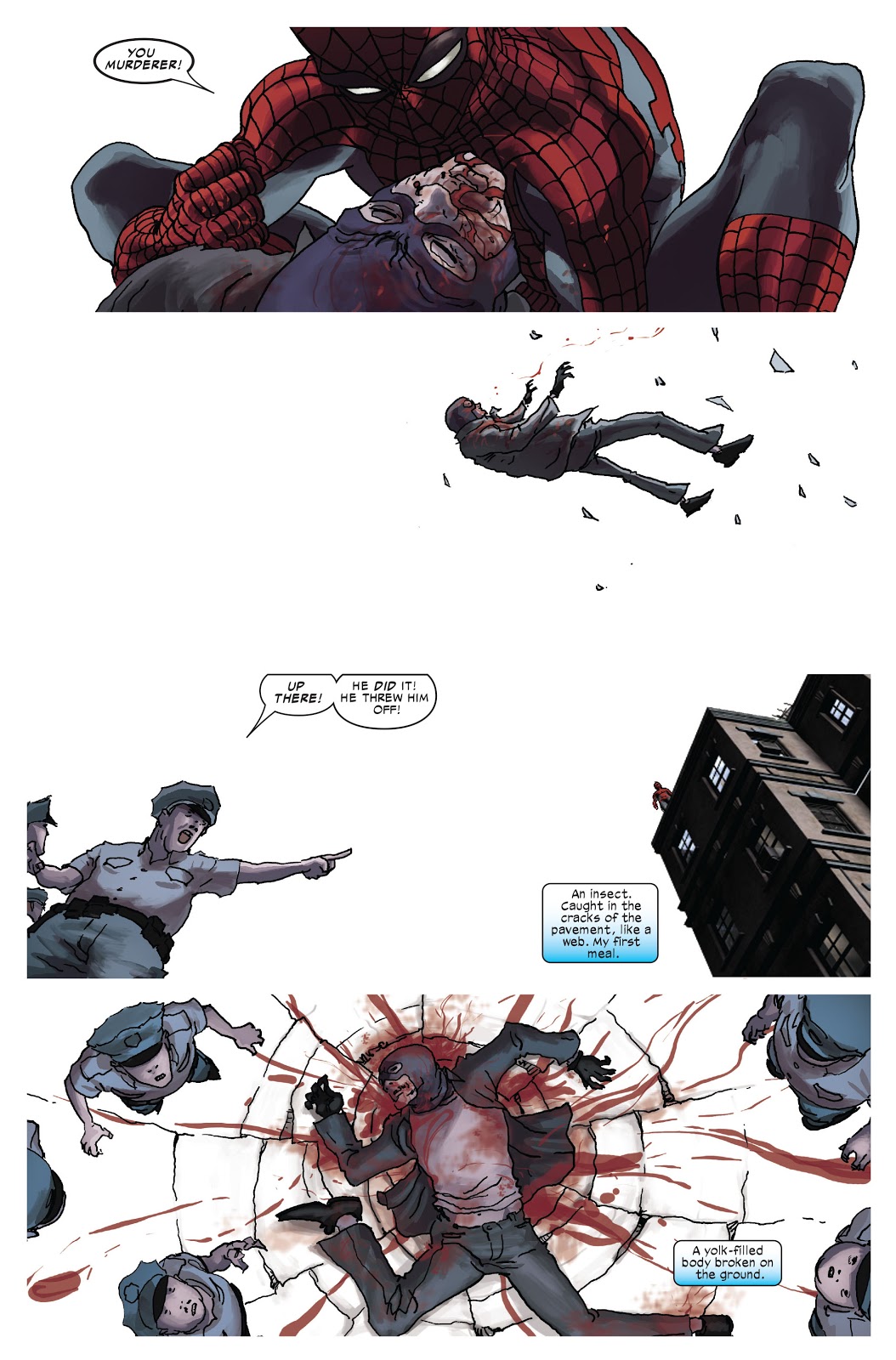 Reign is a look into the future, a time when all the heroes have long gone and heavily armoured, armed thugs patrol the streets in the name of keeping the public safe. State controlled television constantly bombards the public with a narrowly defined, manipulated and officially approved version of the truth, and a controlling regime plans even tighter restrictions on freedom. We see one old man, however, who’s eventually prodded into standing up and doing something, while someone is uniting the disgruntled teenagers.

To begin with Kaare Andrews seems to be reconstituting The Dark Knight Returns with Spider-Man at its centre instead of Batman, and echoing another Frank Miller work by having a character named Miller Janson. There are differences, major ones the more the story progresses, but Andrews moving the style of his art closer to that of Miller weighs heavily. It is phenomenal art, with a fine use of shadow and Jose Villarrubia’s colouring enormously important. Andrews has a continually striking way of looking at things, and Villarrubia often makes very unusual colour choices, but ones that bring out and enhance Andrews’ vision.

As Andrews’ story opens Peter Parker is an old, beaten man haunted by a ghost and in a world where no other superheroes exist. It shouldn’t be important, but the inner voice nags for an explanation about how everyone else just gave up or went away. Spider-Man is roused by J. Jonah Jameson acting as a carnival barker representing the bastion of truth in a theatrical recasting, or John the Baptist to use another analogy. “When you give away personal responsibility you give away personal power”, he lectures, in a notable twisting of Spider-Man mythology used several times in different ways, almost as a theme. However, not all twists are as pleasing, and the radioactive death of one important character is shock value button-pushing and over-thinking. Over-thinking also plagues the cast, people given voices beyond their years as the thoughts of Andrews the writer need to come through someone.

When Andrews reveals the villain it acknowledges how smart his distraction has been, and it’s an interesting use of that character, but in other cases he sets up something that’s visually interesting, but can’t be explained logically. A form of Doctor Octopus fits that bill, perhaps a twisting of the Batman and Joker relationship in The Dark Knight Returns, but certainly inexplicable without that thought. In places Andrews also seems to suggest Peter Parker and Spider-Man are two completely different personalities, which doesn’t sit well alongside any former depiction. It could be claimed this is an alternate world with an alternate Spider-Man, but that’s a little flimsy. We don’t really have a recognisable Spider-Man until the final twenty pages, indicating too long setting things up. The art and the drama override much, but not everything. Reign is certainly worth reading, but was also worth editing.