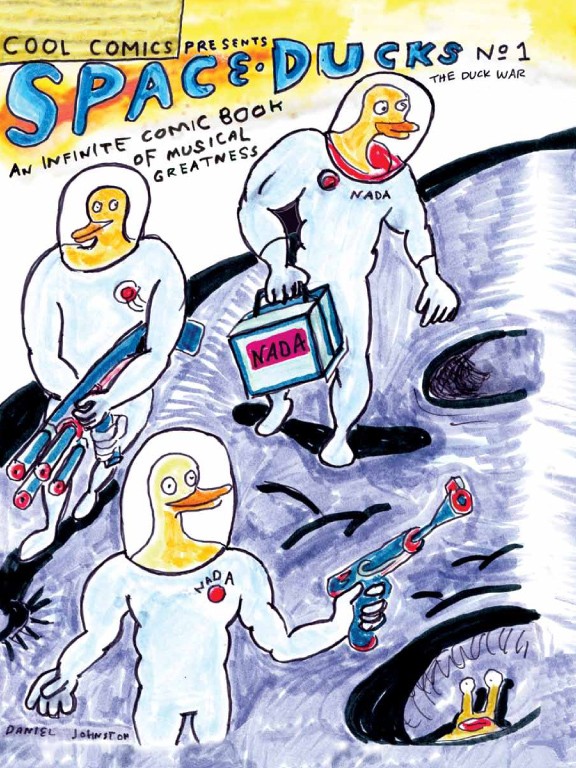 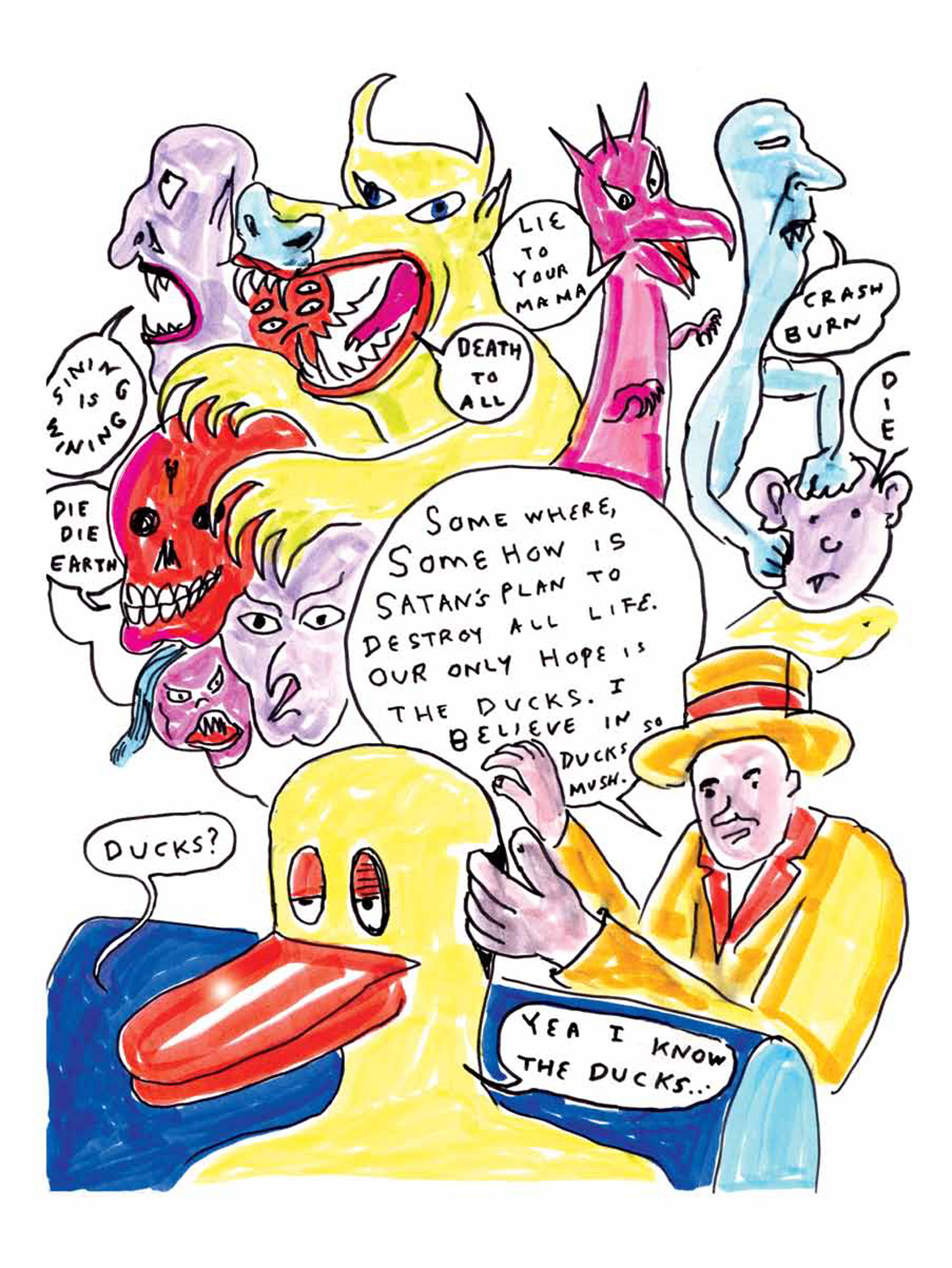 Those familiar with Daniel Johnston’s name and his reputation as the poster boy of outsider music may be surprised to learn that his music is far more palatable than might be imagined from his press, if with an individual lyrical streak. Evidence of that can be found on the CD of the same title tying in with this project. Would that the same were true of Space Ducks the graphic novel.

Set in 2012, the year of publication, humanoid ducks mix with all other races, and one never named individual is informed while he sleeps on a plane of Satan’s plan to destroy all life. Back home our hero gathers his forces and heads for Satan’s Planet. There’s page after page of spaceships, the USA join in, after which there’s page after page of ducks against demons, several pages of ducks rescuing naked women, and more demons before the surprise ending.

The repetitive narrative is seemingly concocted on a page by page basis, paying no attention to logic or consistency, with Johnston referencing himself throughout. There’s the same naive enthusiasm that characterises his music, except that while Johnston can play the guitar he can’t draw. The best and most original element is a set of cut-out ducks and spaceships that can be placed over the ap version to play along. If you want the musical accompaniment head to spaceducks.com.

It’s difficult not to be patronising, yet on the other hand Boom Town! have a list price of $20 for a hardback graphic novel that looks and reads as if it’s the work of a hyper-imaginative eight year old with the dedication to produce eighty pages. Were that the case you’d happily pat them on the head, praise them and show it to the occasional relative, but no-one would ever think of publishing it. It leads to the unpleasant whiff of ridicule and exploitation of a minor celebrity status.