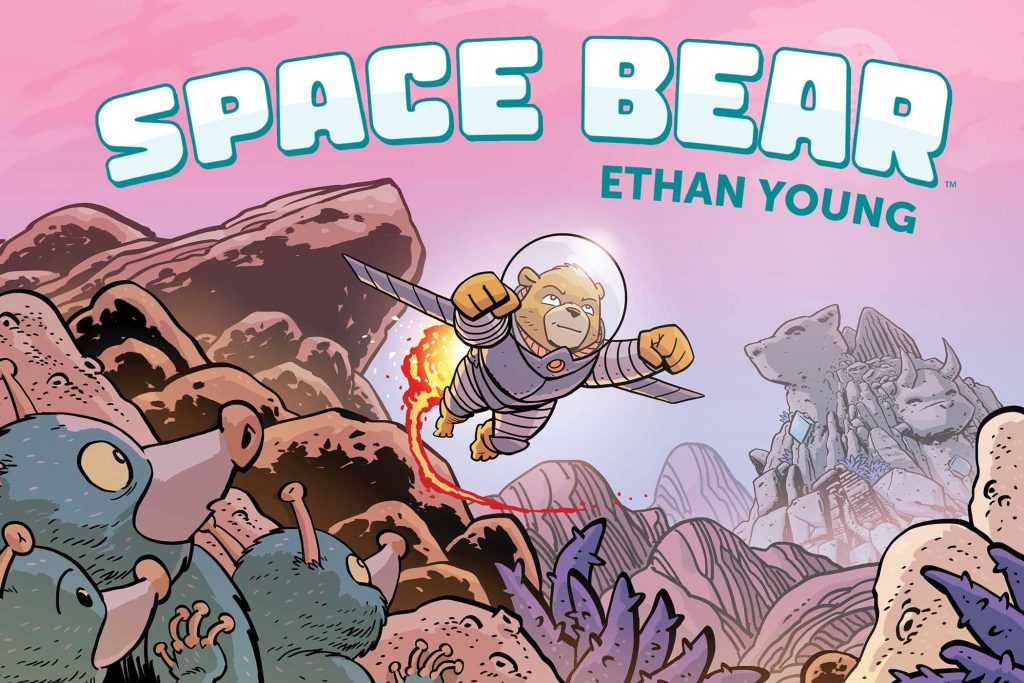 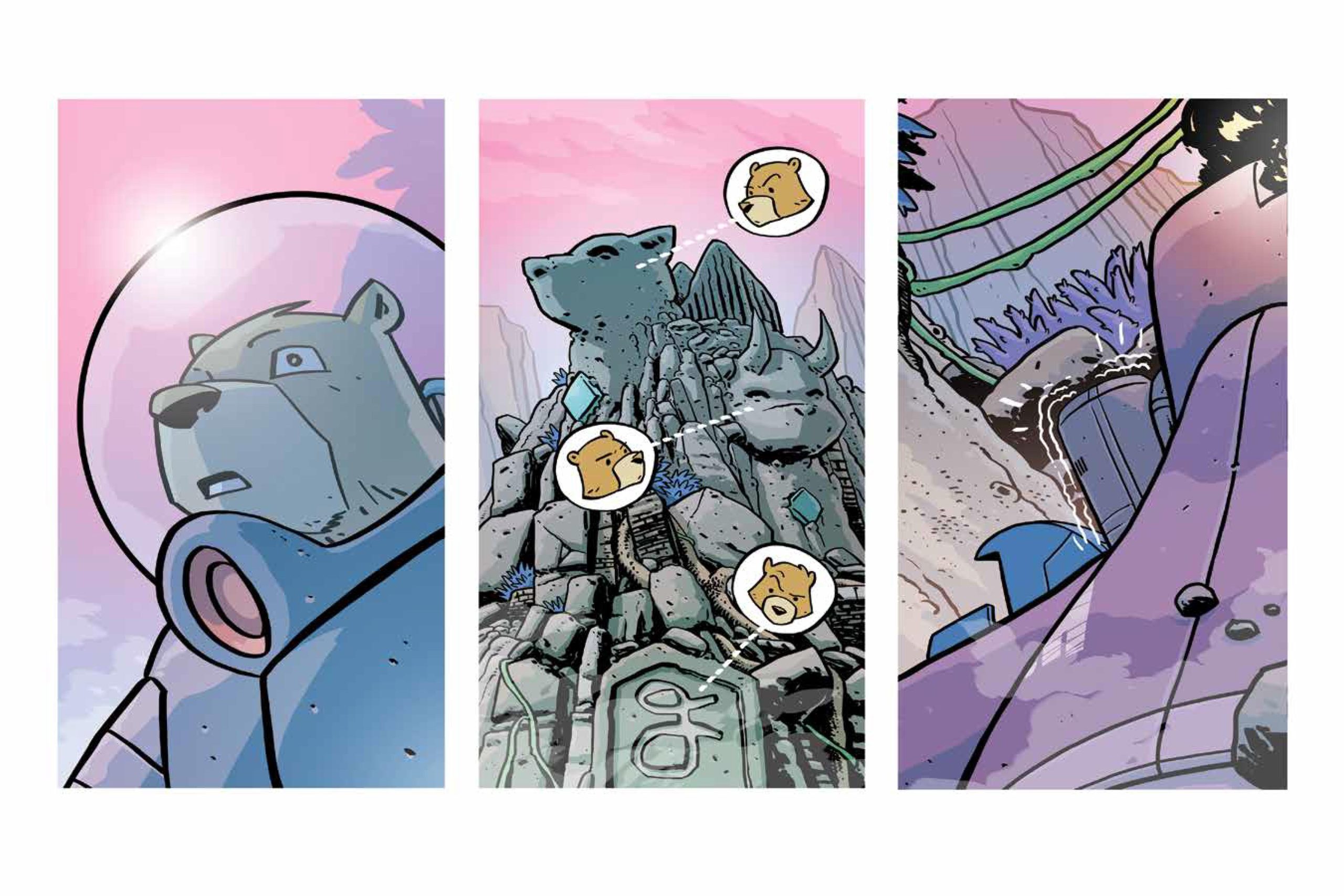 While creating any halfway decent comic story takes thought and planning, there’s an extra level of consideration needed for the wordless story. While most artists can afford a fudge knowing the dialogue will fill in, when there’s no dialogue any fudging interferes with the clarity, and can severely impact on the story. Space Bear requires the occasional word, but most dialogue is instead in the form of pictograms, so can theoretically be understood around the world.

Space Bear, named on the back cover as Pilgrim Finch, makes an emergency landing on an alien planet. Checking the atmosphere is breathable requires a rare line of computer dialogue, but the removal of his helmet transmits the essence even to kids who don’t read. Space Bear’s craft may need repair, but his spacesuit has a pair of collapsible wings, which are useful for outmanoeuvering the occasional threat.

Following Ethan Young’s career is an interesting exercise. He doesn’t restrict himself to a single genre, let alone a series, and his previous project was a realistic historical adventure about the Japanese invasion of China before World War II. Space Bear is dedicated to his son, and it has the surprises of an episodic bedtime story, perhaps using elements from the Young household. The drawing is charming as Space Bear moves from one threat to the next, some a little scary, making the story one to check before showing very young readers.

There is a message of never blindly lashing out against the unknown, and of persistence and adaptability paying off as Space Bear overcomes the worst the planet can throw at him. It’s thoughtful and exciting, and rapidly paced to maximise those thrills. 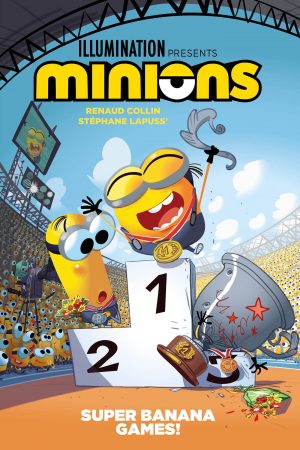 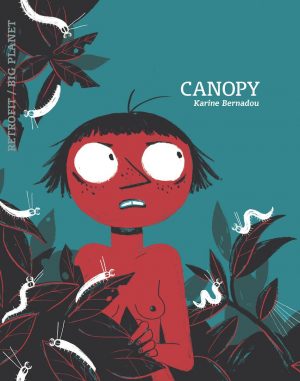