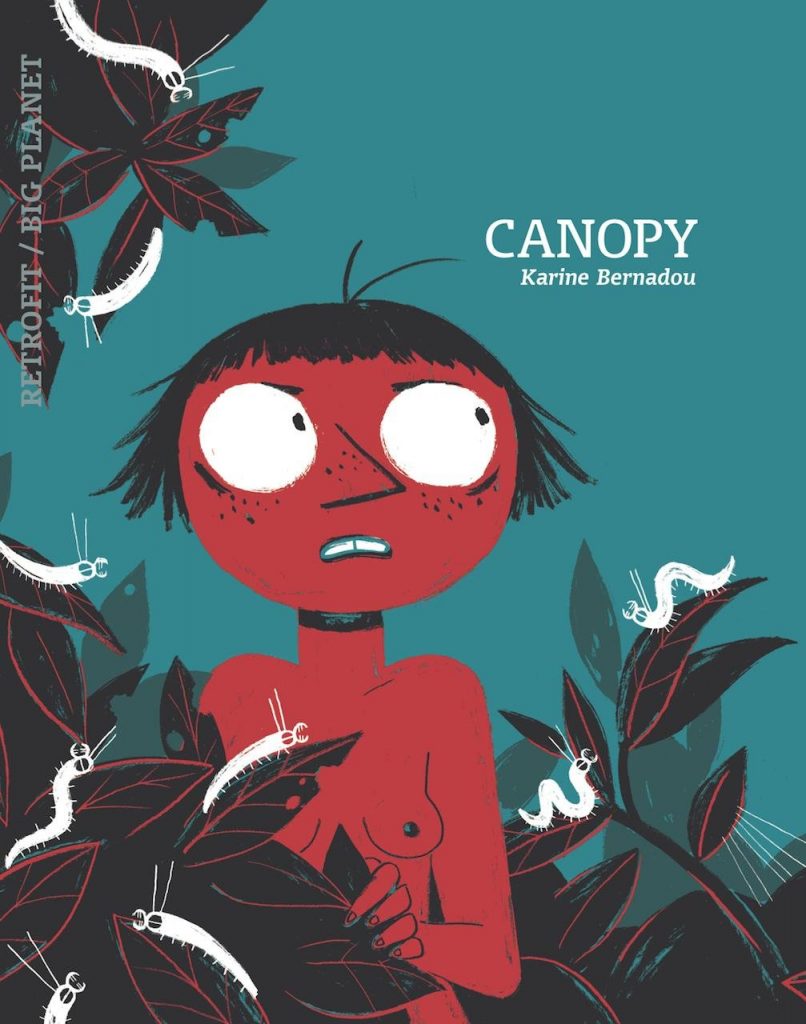 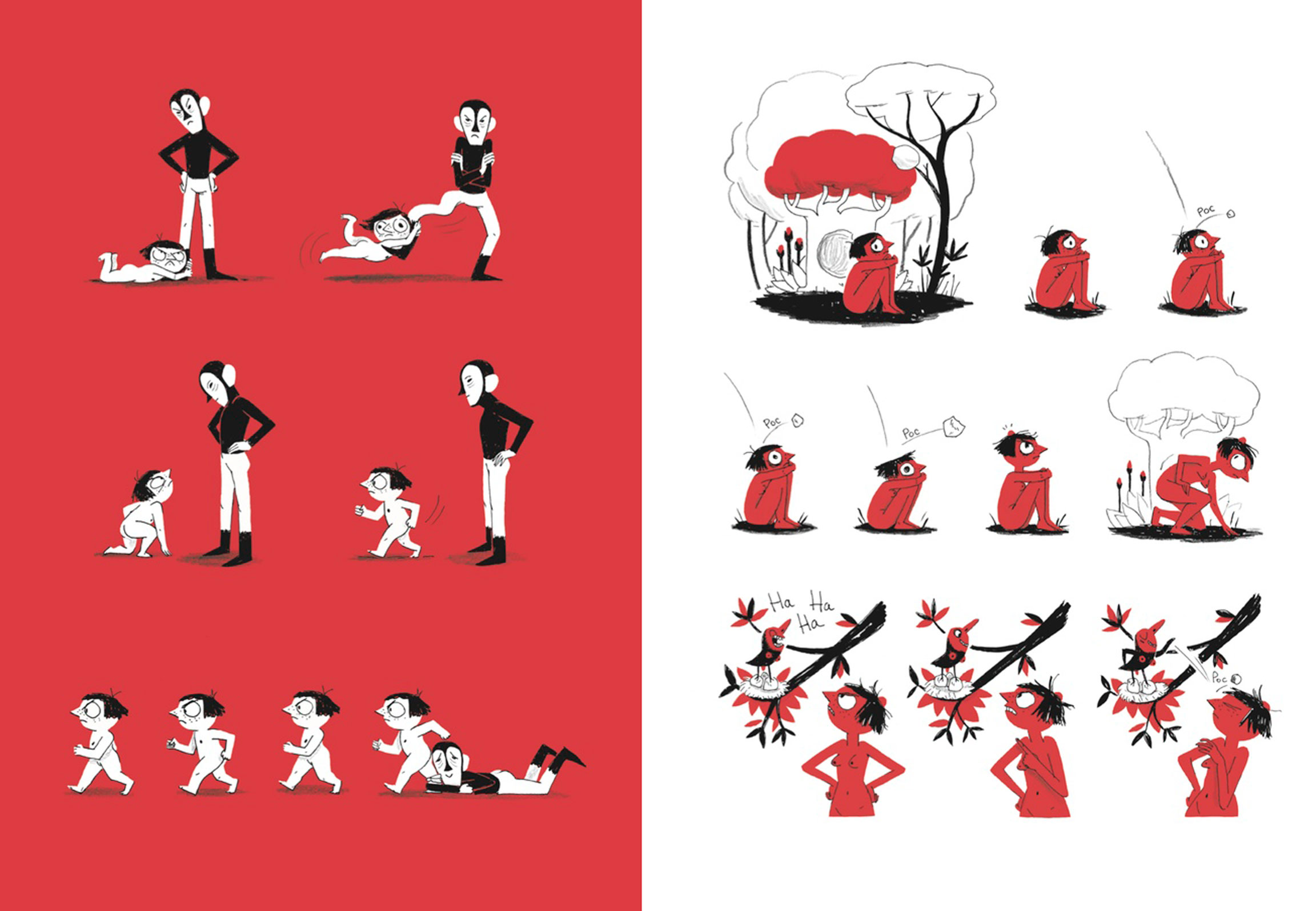 French creator Karine Bernadou won the ‘Young Talent’ contest at the Angoulême Festival in 2006 and went on to publish strips in magazines including Bang, Ferraille Illustré and Fluide Glacial and illustrate many books for children. Canopy has the feel of a children’s book narrative: a wordless, graphically expressive style of beautifully cartooned and designed pages with striking colour combinations, but it strays far from those comforting and jolly worlds.

Bernadou’s story is a kind of parable about women’s unequal interactions with men, and the abstracted, fantasy setting is an analogue for exploitative power relations between genders in the everyday world. It begins with a mother, father and child, at home together. The child, a little girl, suckles at her mother’s breast and grows to teenage size, comfortably remaining in her mother’s lap until the breast milk she has been feeding on runs out. What will she eat now? The mother blindfolds the daughter and leads her out of the house into the woods, where she tiptoes away leaving her still blindfolded daughter to her fate. Stumbling around unable to see anything, the young woman runs into somebody who she thinks and hopes is her mother coming to take her home again. This person is not her mother. He takes her hand and she follows him into a dark, cavelike dwelling.

In the short chapters which follow, the always naked and vulnerable young woman has a number of encounters with different creatures, some animals, some human, but they all tend to be stressful and dangerous for her. She must evade being eaten or otherwise harmed while maybe finding food and shelter for herself. Nobody can really be trusted, everybody wants something that is likely to injure her and she can never really relax for long. These episodes are punctuated by little vignettes of her past relationship with her father, and the push/pull between parent and child that sees them sometimes exchanging positions as they demand or supply emotional support to each other.

Canopy is beautifully presented, with fascinating imagery for the creaturelike people and peoplelike creatures who populate this tale with their strange ways of being in the world, but the grimness is unrelenting. The readers’ hopes for the protagonist to find safety may be answered when one night, she lies nakedly shivering in the cold and pulls the sky itself down to make a cloth to cover her. She then turns that celestial cloth into a dress. This beautiful metaphor seems to indicate that she is now a fully capable adult, with a strong shield of maturity around her. But perhaps that glittering shield itself is a desirable thing for others to try to take away from her? There are lots of ways to interpret what happens next, and to consider how much people damage each other while trying to fulfil their needs. Canopy was shortlisted for the 2017 Cartoonist Studio Prize, nominated for a 2017 DINKy Award and a 2017 Ignatz Award. 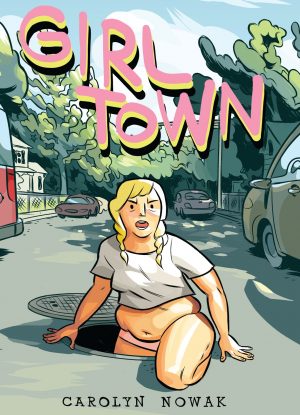 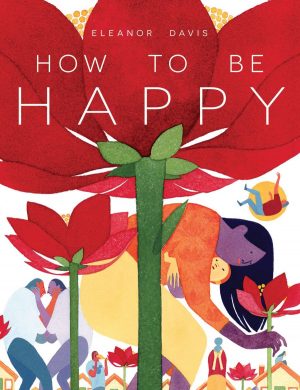 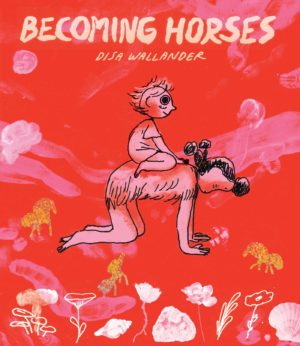