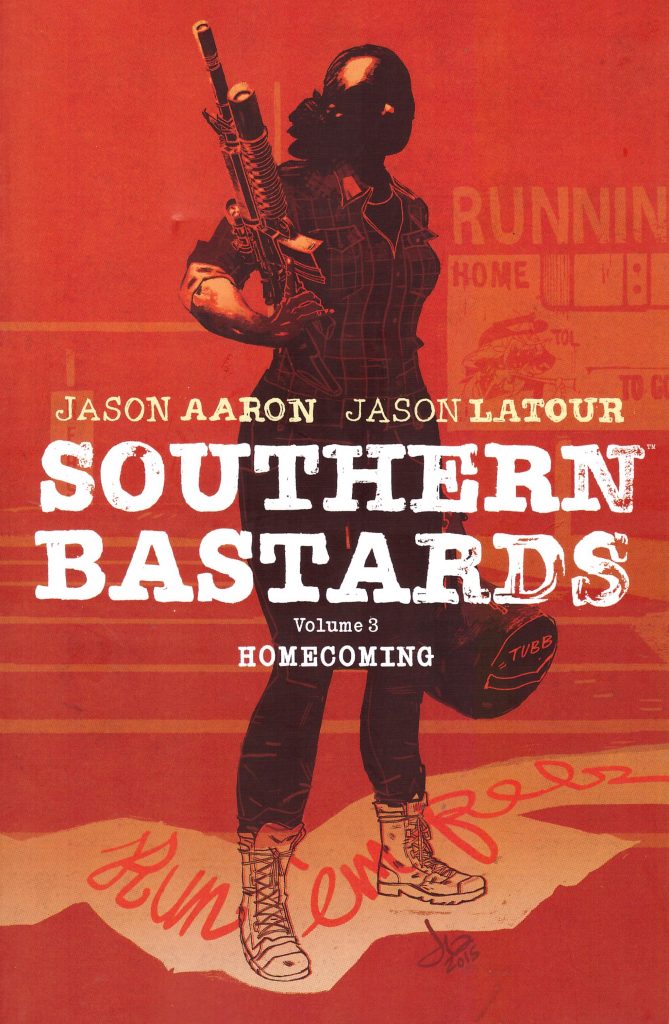 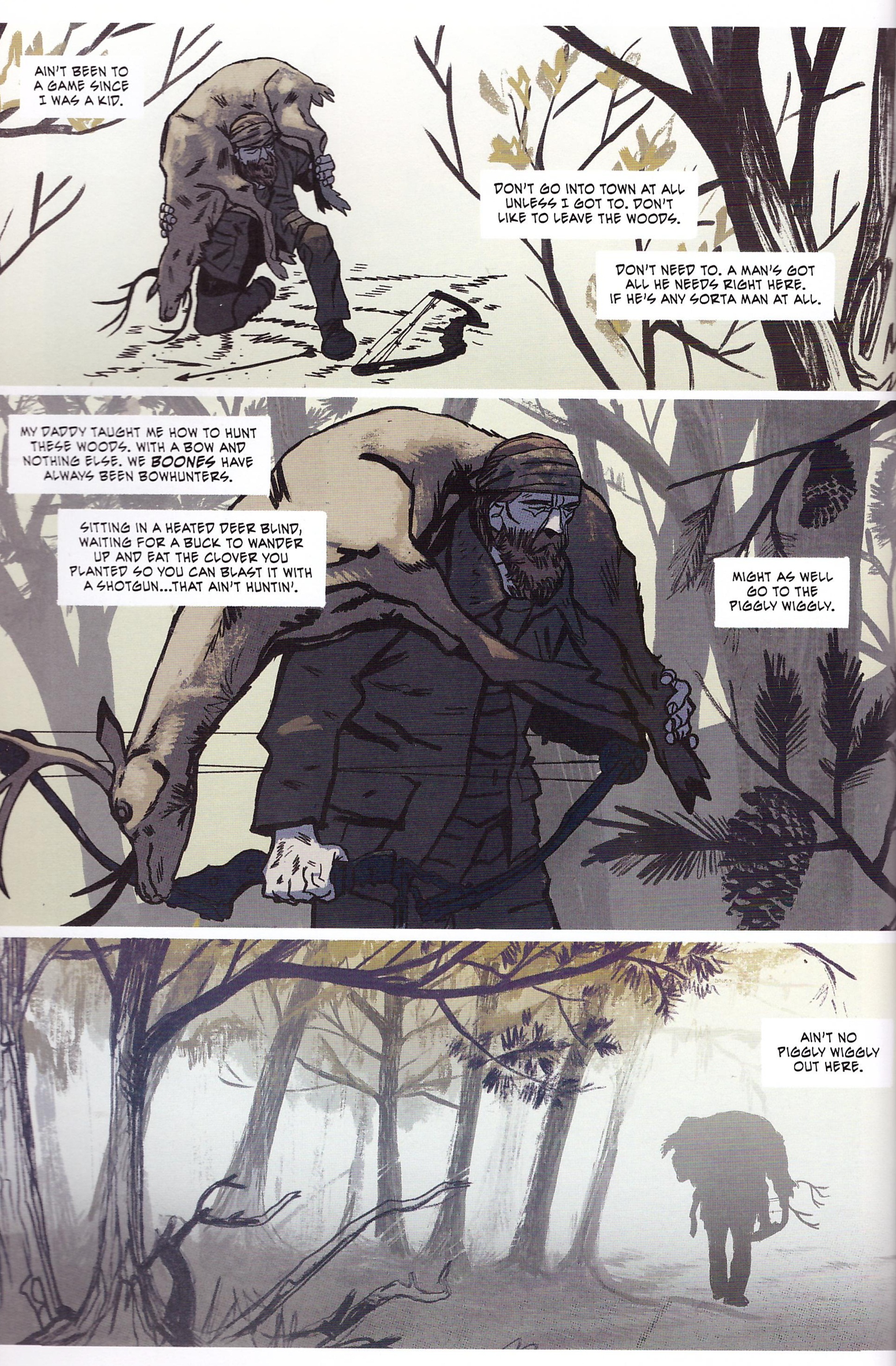 Over two previous volumes Jason Aaron and Jason Latour have presented an evocative, but certainly far from idyllic evocation of the lifestyle in Southern US States, specifically Craw County, Alabama, concentrating on the archetypes of a love for football and the Good Ol’ Boy. Gridiron embodied them in one man, Euless Boss, football coach, forged by his own grit and steely determination. Boss now has a problem, his tactical advisor has committed suicide in Homecoming Week, when the Craw County Runnin’ Rebs are taking on local rivals Wetumpka.

Before we reach the game, however, Aaron and Latour circle some residents of Craw County in a series of individual spotlights, detailing the compromises they’ve made in helping Boss run the town, and the price they’ve paid for doing so. Alternatively there are those with seemingly no connection. These are a series of terrific character studies, with the best of them being that of Boone at the midway point. With the topic at hand being the Southern mentality Aaron straddles a fine line, yet almost always manages to avoid slipping over into cliché and generalisation by providing three dimensional characters, and Boone’s the primary example of that. He’s a backwoods man with a strong reverence for nature and fairness, who believes in testing himself for the Lord, and still lives in the shack his grandfather built on a woods path by the swamp waters. Aaron’s first person narrative captions and Latour’s personality rich art combine to present everything we need to know about Boone, and why he’s a formidable enemy. Elsewhere Latour’s also proved himself a competent writer as well as being a first rate artist, and he writes the study of Mater, another of Boss’ henchmen, introducing a new idea to the series, and letting Chris Brunner cut loose with a different style of art, more cartoony. It’s not entirely clear if we’re to take what happens as the result of medication or literally, but time will tell. In isolation it slots into the remaining tone very awkwardly.

Only after that do we reach the football. Let’s gloss over it, as there are other matters to consider, such as why it is we’ve seen nothing more of Roberta Tubb since the last pages of Here was a Man. The final chapter is her character study. We already knew her as a marine, therefore possibly even tougher than her late father. That’s just as well, because there’s a topic that’s been avoided in Southern Bastards to date, one many associate with the Southern States, that of ingrained racism. It’s a topic sensitive enough that Latour considers he has to address his conflicted feelings on the Confederate flag via an excellent explanatory essay after the stories, and it’s handled well via Roberta’s experiences. It’s not saying all Southerners are rascist, but neither is it a liberal shying away from an uncomfortable truth either. It’s a simple story, but the hatred behind it has a power.

Gridiron was a slight road bump after the excellence of Here was a Man. Homecoming is an elevation back to prime status. Gut Check is next.