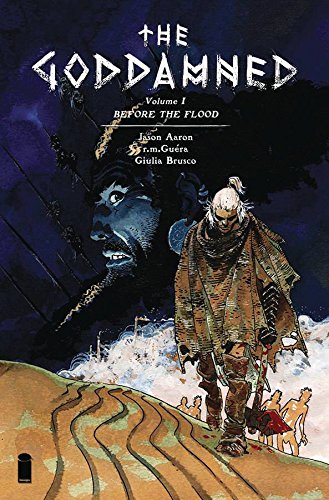 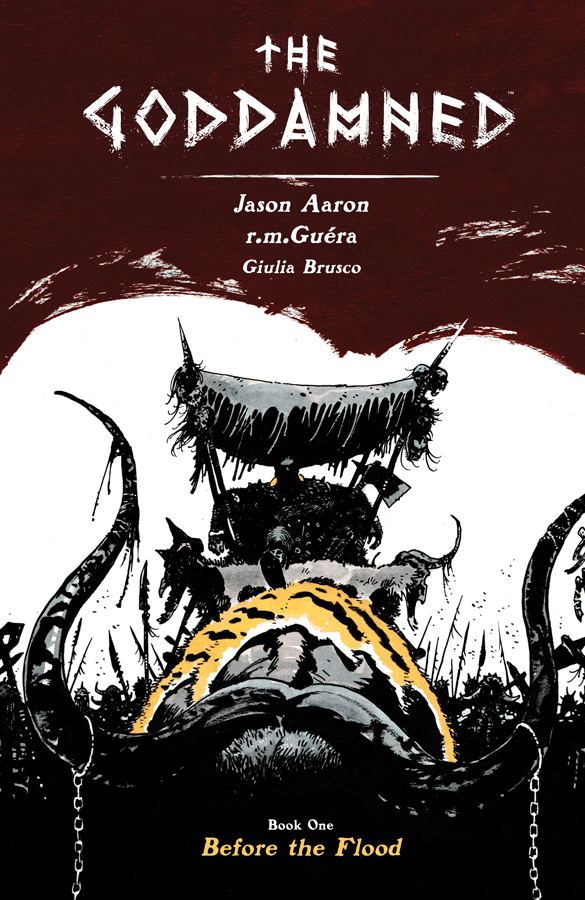 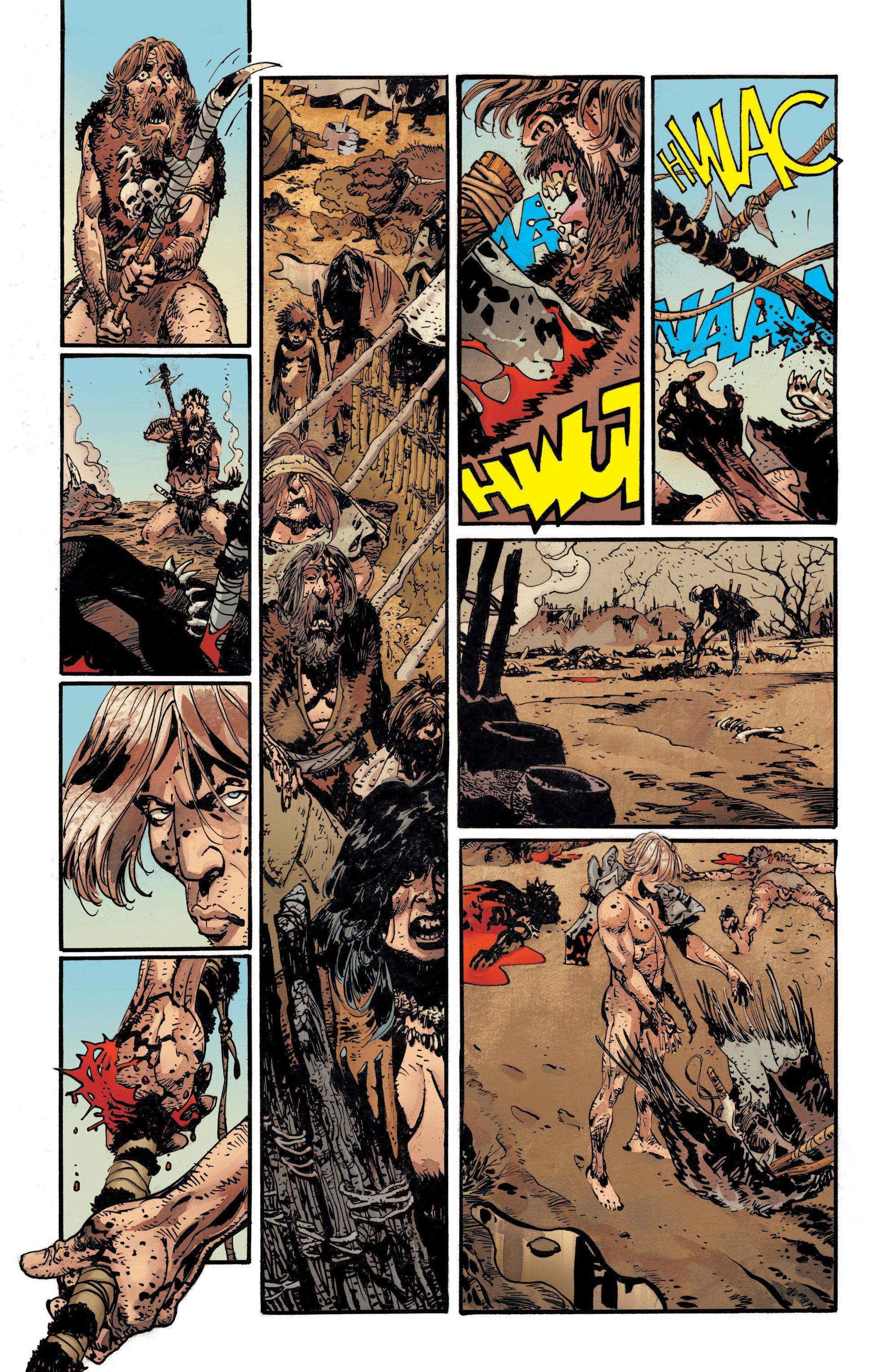 Are you a fifteen year old boy with a violent imagination? Well then, The Goddamned will be the most awesome graphic novel you’ll ever read.

A naked, yet relatively clean man is awakened by a child pissing on him in the dry valley mud where he’d been deposited the night before by the local tribesmen who’d robbed him. His vengeance is brutal and terrible, and after retrieving his belongings he departs. It’s Cain, of old testament biblical notoriety, doomed to immortality for his crime. There’s a little background, some self-pitying reflection and the introduction of a few other characters, but Jason Aaron’s opening chapter is deliberately sparse with a minimum of plot. As seen by the sample art, this does provide R.M. Guéra (or r.m.Guéra as he’s credited here) with the opportunity to draw some fantastic slavering, hopped-up Mad Max extras. Briefly, that is, before they’re despatched with maximum bloodletting. Still, there’ll be another batch skulking in the rocks around the next corner.

Guéra’s the star turn, as proved by Image also issuing an oversized hardcover edition to better display the detail of his art. He revels in the environment and draws every conceivable scuzzbag in this kill or be killed world. Aaron’s nihilistic biblical noir is an interesting idea, but one that never really comes fruition, not least because of the sniggering tone to it all. Cain swears at everyone, Adam swears at Eve, Eve swears at Adam… Pretty well any character introduced is likely to start swearing as soon as their dialogue begins, as if Aaron’s bet Brian Michael Bendis he can top the potty mouth count of any Powers graphic novel by ten. It’s not the deliberate provocation of biblical characters swearing that’s the problem, however, it’s the lack of effort put in by Aaron beyond that. The cast are one note, and the plot minimal and predictable, apart from a surprise near the end so dark it’s hilarious. Cain exemplifies the inexorably bleak tone as he hungers for death. His longer life may in some manner apply a unique perspective, but it’s a faithless one of relentless pessimism. Anyone who really wants to read this is advised to dose-up on Prozac (there are other serotonin inhibitors) before starting, because if you’re not feeling too bright to begin with, Aaron and Guéra don’t consider their remit being to provide any light in your world.

As he’s dealing with biblical themes, Aaron displays the patience of a saint by not including a crucifixion until the fourth chapter. We’re also introduced to Noah, very different from his biblical incarnation, and a brute equal to Cain, but he is building an ark, and given this title and the final pages, it looks like it might be necessary for volume two.

The overall rating is raised by Guéra’s amazing art, but make no mistake, this is otherwise meagre fare. The whole atmosphere of The Goddamned is so over the top, so brutally nihilistic, so without hope that it’s unintentionally funny in places, but that’s not enough to advise anyone to part with actual hard earned cash. Or cash that might have been acquired by eviscerating your neighbour.