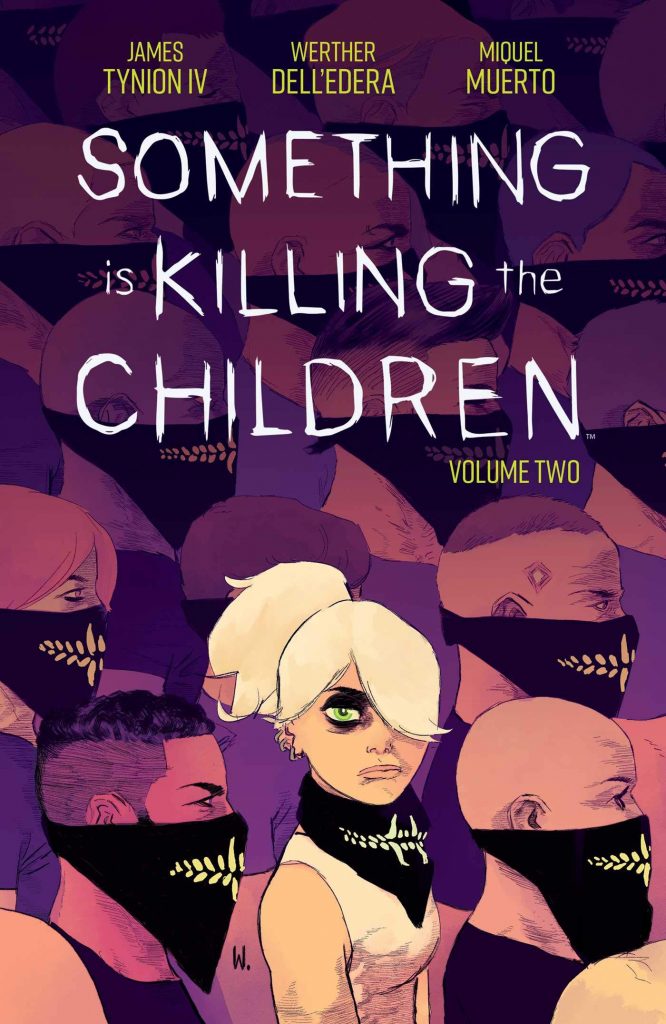 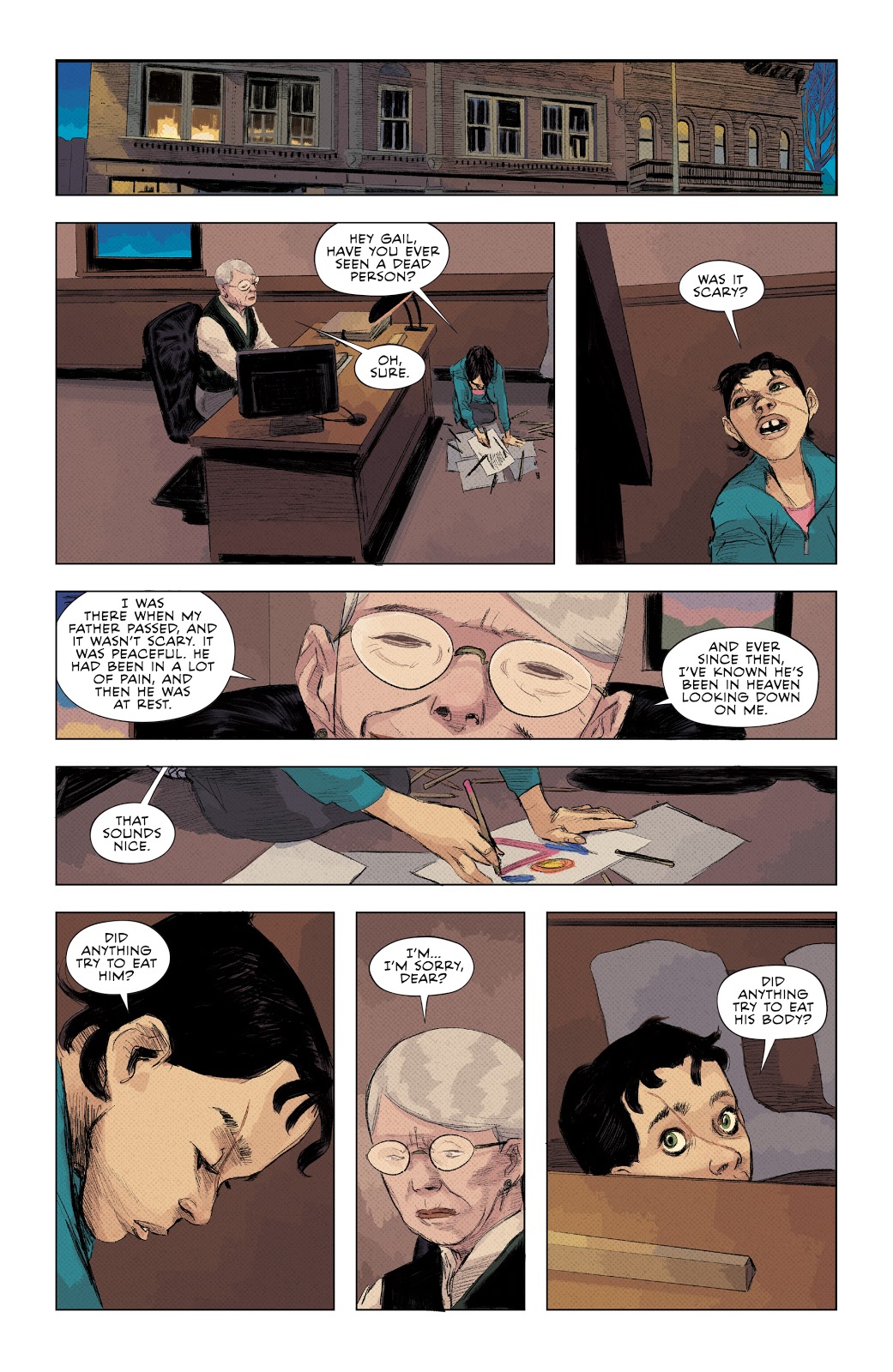 In Volume One we saw James among four children who wandered into the woods of Archer’s Peak at night, and the end of the incident only he survived. Volume Two opens with his recollection of how that trip began. If anything that’s less comforting for knowledge of the ending.

Even more than in the opening volume, Werther Dell’Edera draws his story across spreads, which is an individual choice, as few of them lead to an image requiring the format. Having shown the horror explicitly last time around, just the hint of it this time is enough, so the bodies are kept under wraps and the blood is kept to a minimum despite some violence. Because of the way the story goes, the ordinary locations and ordinary people predominate and Dell’Edera is as disciplined with those as he was excessive last time.

A major threat was ended then, so James Tynion IV downplays the monsters and plays up what Erica Slaughter represents, and how the solution might be as appalling as the original crimes. Much of this volume is tense procedural drama, and has the pacing of a TV show. Comparisons have been made with Stranger Things, but beyond both placing children in danger that’s not really accurate. The focus here is on adults more than children, and newly introduced is who Erica represents. Like so many secret organisations, they’re seemingly wrapped up in their role as protectors of humanity, but actually care very little for individual humans, who’re considered nuisances and collateral damage in the bigger picture.

By the end the explicit horror has returned and it looks as if there’s a bloodbath on the way in Volume Three. Alternatively all events set in Archer’s Creek are combined in hardcover for Something is Killing the Children Book One.