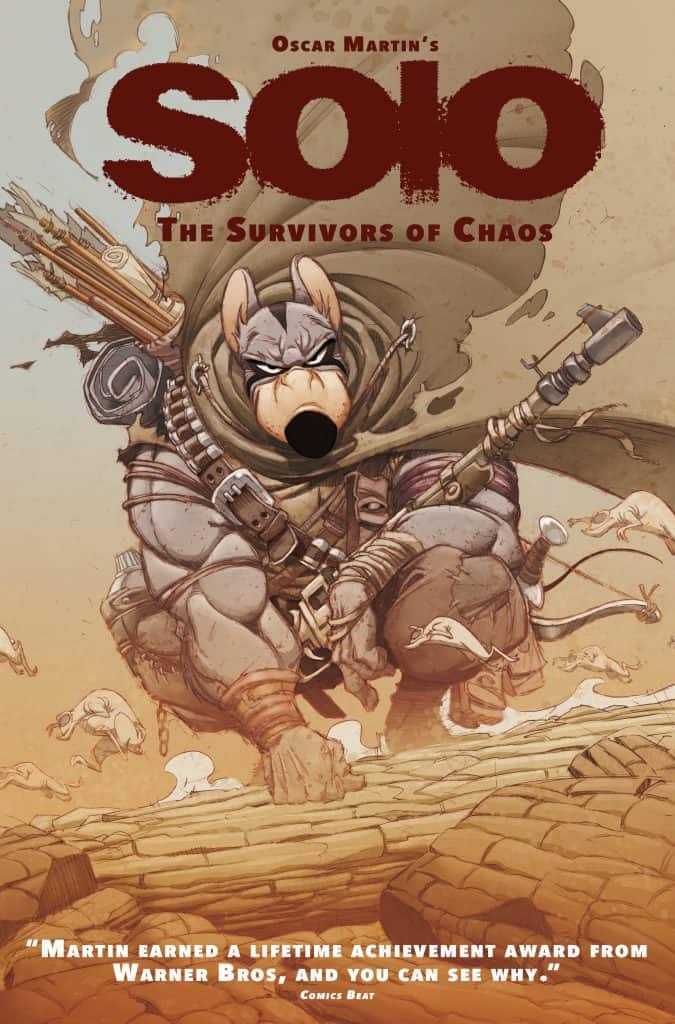 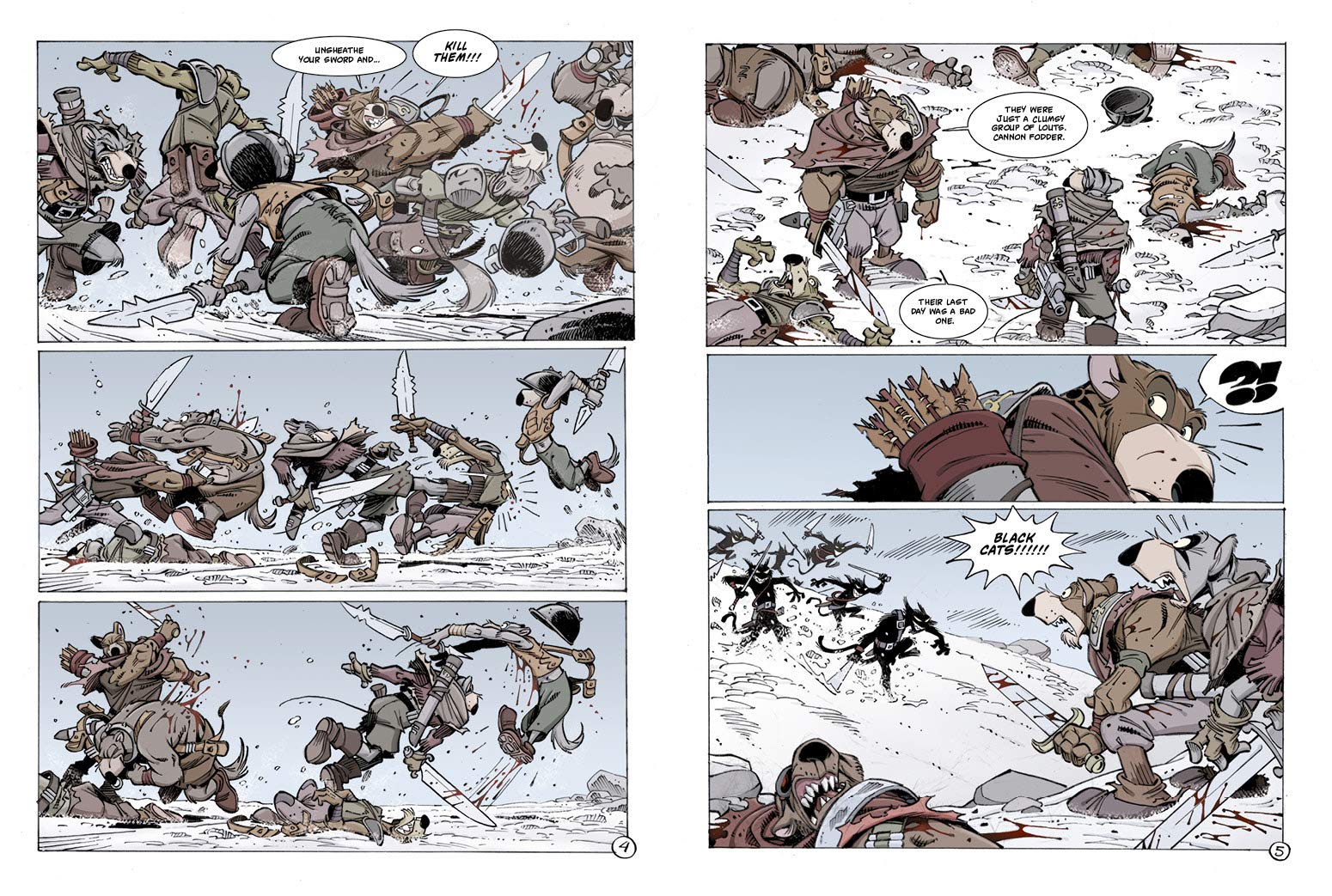 Oscar Martin may be a new name to English language graphic novel readers, but he’s had years of experience working on licensed features in Europe, and that shows over a clever few opening few pages establishing Solo, his world and its threats, all presented with some astonishing cartooning. There’s a fantastic sense of life, personality and movement to his animal creations, humanoid, but with a general connection to animals we know rather than anything specific despite Solo being referred to as a rat, similar to the work of Disney cartoonists. This isn’t a cuddly Disney world, however, although certainly well enough created, but it’s too harsh and brutal to meet all-ages guidelines.

Solo is from a desperately poor community of mutated animals surviving in an inhospitable land without enough food to go round. It means anyone coming of age has to leave to ensure enough supplies for the remainder of their family, so with all the skills he’s learned he departs for the wider world. He’s wily and careful, but there are dangers beyond Solo’s imagining, and that’s even before he runs into the humans.

Broken down, Survivors of Chaos is a standard barbarian story. You could substitute Conan and have John Buscema draw it and the broad strokes of the plot would still work with a little Mad Max thrown in. The big difference is the narrative captions in crucial scenes, indicating how Solo thinks, and how intelligence is an even greater weapon than a sword. For all that, it’s the art that’s the true wonder, page following page of poised cartooning establishing exactly what needs to be known at a glance, yet rich with detail, personalities instantly visible. Survivors of Chaos looks fantastic, but the story following a less trodden path would have been preferable.