Solo: The Survivors of Chaos 2 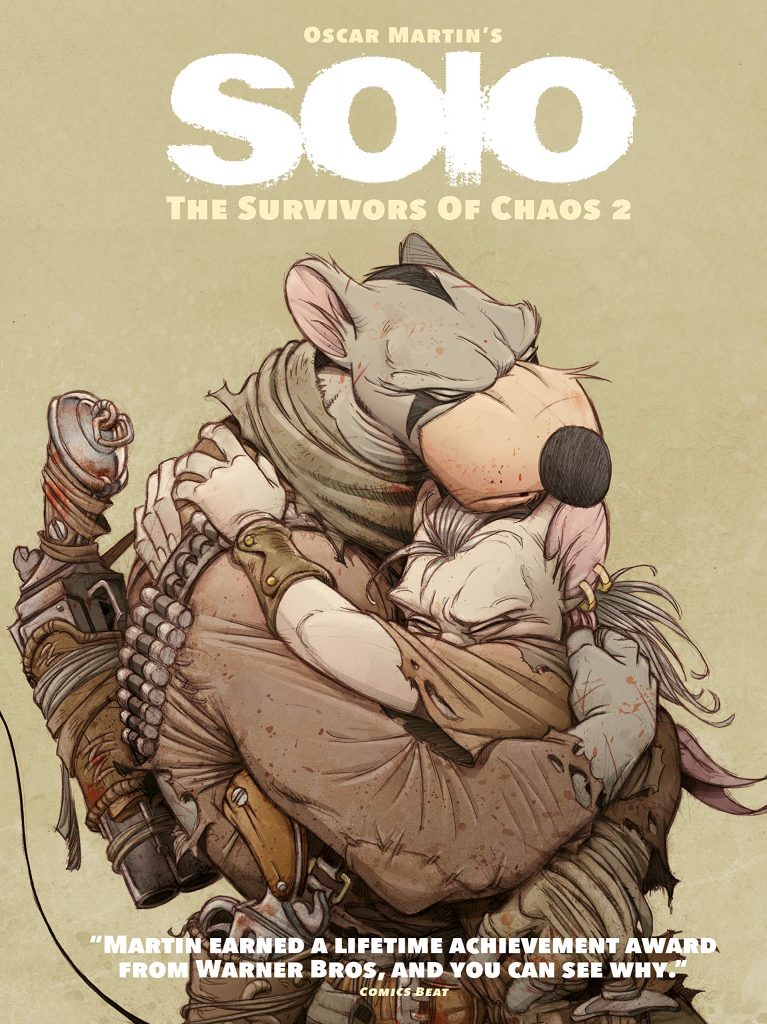 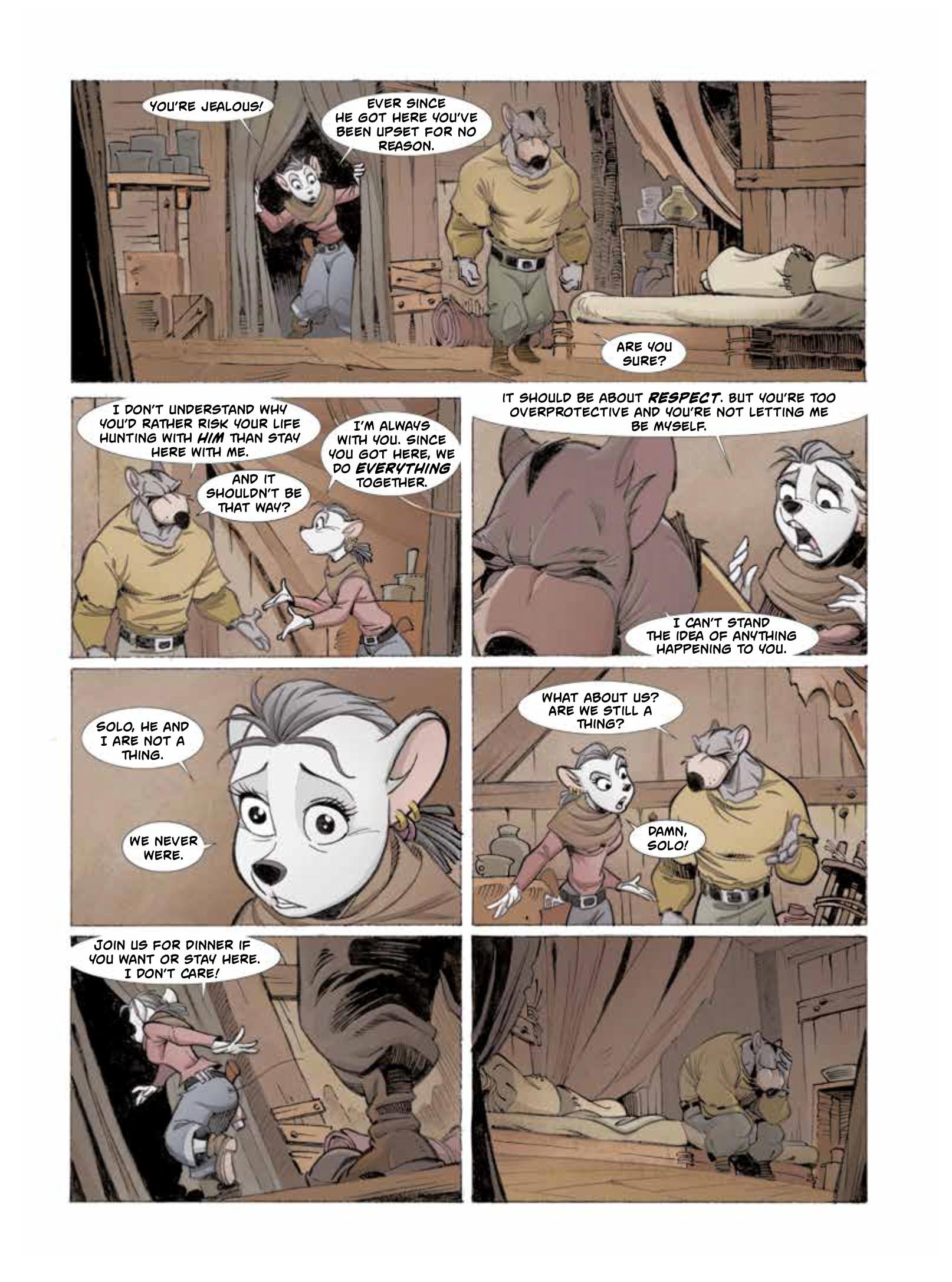 Solo is the name of a person, or to be more correct, an intelligent humanoid rat living in a post-apocalyptic world of smart animals. That world is brutal, harsh and unforgiving, so he’s grateful for being a big guy capable of dealing with most of what’s thrown at him. However, after a rough start he’s found a group of companions, and seems to have settled down with Lyra.

Anyone who saw Oscar Martin’s first outing on Solo: The Survivors of Chaos, will be aware that he’s an exceptional cartoonist, and the sample art shows that’s not changed. Years of animation experience before comics have made him a master of movement and expression, and just like an old 2D Disney animation, the assorted animals come to life on the pages. However, the look shouldn’t fool anyone into thinking his is suitable for a Disney audience. Solo’s hard life leads to grim situations, and extreme violence is included.

Solo may look fantastic, but as before, it’s let down by a meandering plot with no great hook. The emotions so well delivered by the art are all in service of short sequences, while there are too many longer sequences that could do with cutting down considerably as all they really are is a showcase for that wonderful cartooning. What plot there is can be summed up as Solo becomes jealous and leaves home, wanders, reunites with his birth family, wanders, returns home, wanders, and then wanders a little more before the end.

This is all such a great shame, as the information pages in the back reveal the effort Martin has put into world-building, the people who survive, and what their talents are, yet he has great difficulty telling meaningful stories about that world. Were Martin to work with a more imaginative writer, he could be producing something great. The wonderful art here isn’t enough.