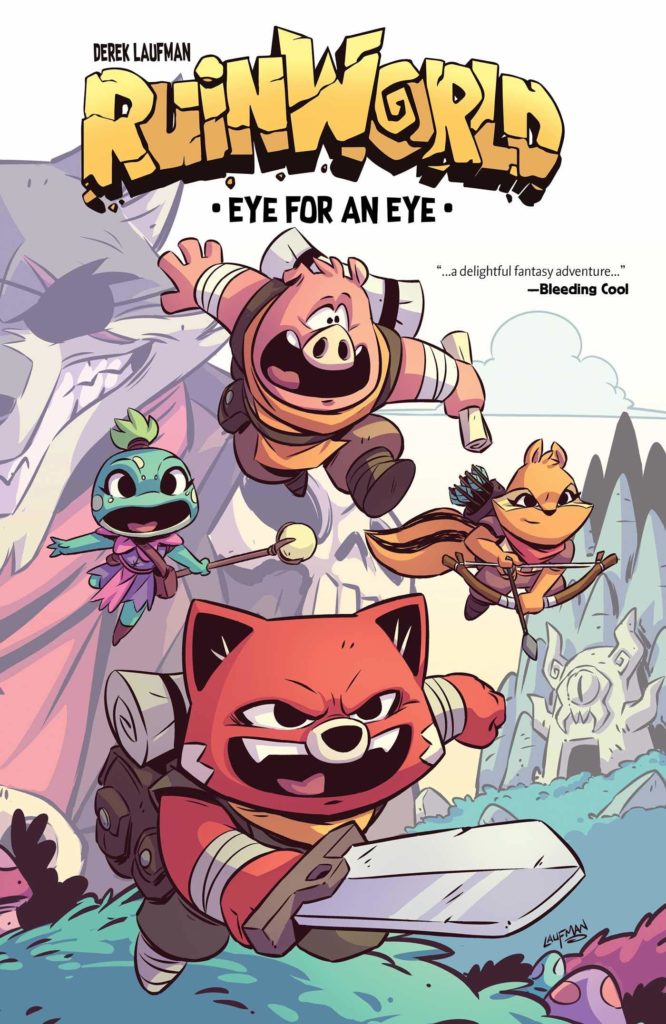 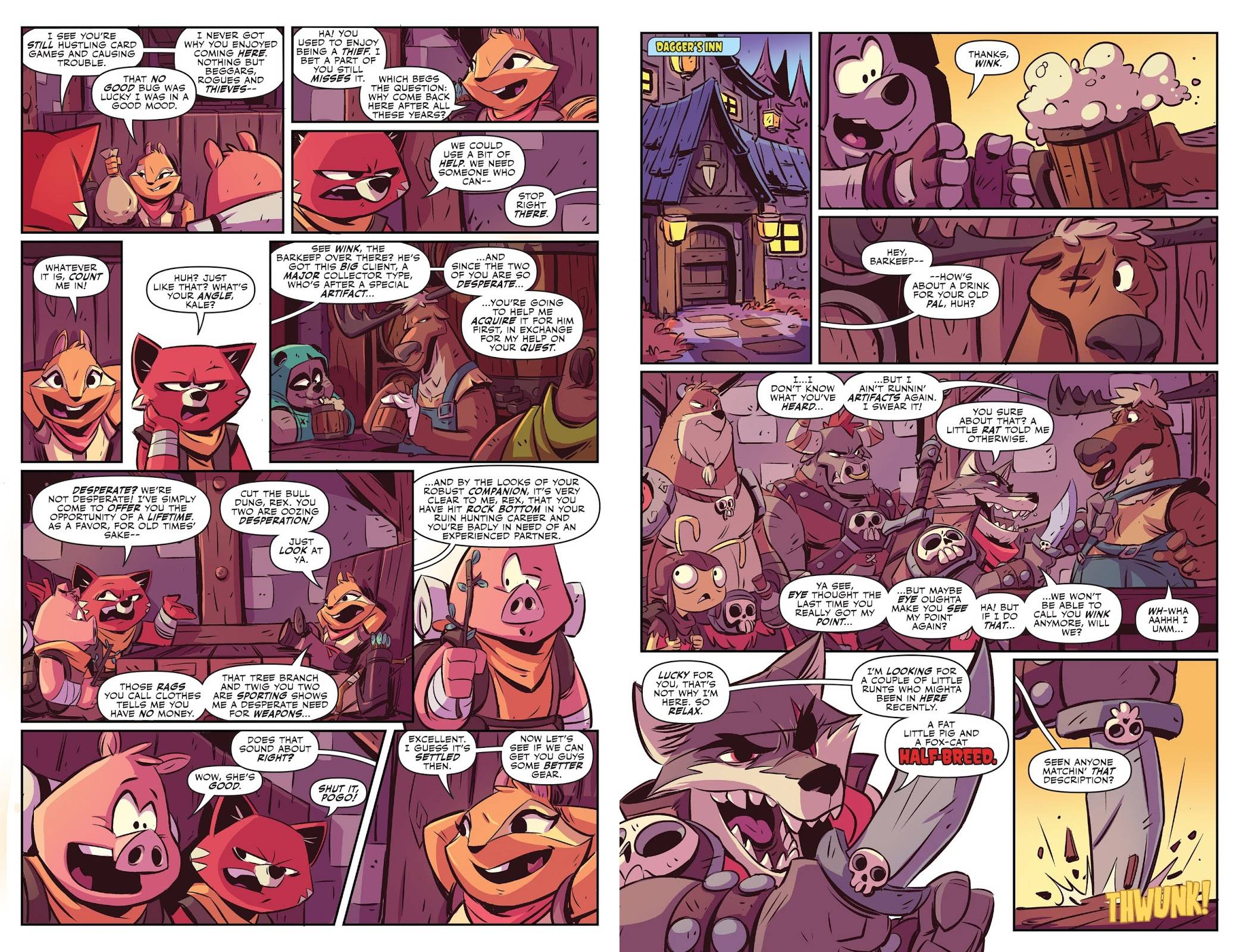 Fantasy has been a relatively unexplored genre for younger readers, and having worked on Adventure Time, Derek Laufman saw the potential for his own series. Pogo and Rex are two adventurers, humanoid animals on a perpetual treasure hunt, following one clue to another. Rex is confident and capable, but lazy, while Pogo is timid and incompetent. Those personalities have been a viable comedy combination all the way back to Laurel and Hardy.

Laufman’s cartooning really delivers the characters and farcical situations, and he infuses RuinWorld with a rich sense of design, both for the cast and the busy locations, wood a dominant building material, and later with idyllic communities. He tends to crowd the panels a little too much, resulting in pages where less might be more, but that’s a nitpicking comment irrelevant to young readers. Bright colouring completes an appealing look

As the cover shows, Pogo and Rex are supplemented by two others on their quest, Kale a formidable navigator, and Lula, a princess on the run. An opening chapter features the discovery of a map that may or may not lead to the treasure of a legendary pirate, and from there Laufman sets off on one long shaggy dog story, with each step forward at the cost of another mission to retrieve a different artefact as a favour that will generate a favour. There’s also the problem of the scurvy crew who’ve got wind of what Pogo and Rex have found, and see no reason why they shouldn’t take the map and retrieve the treasure themselves.

Everything pulls together for a winning combination, and while nothing about RuinWorld is startlingly original, Laufman mixes fantasy standbys engagingly for an all-ages audience. The way Pogo develops is well handled, and he’s generally involved in the best surprises. This is good natured fun, frequently funny and the dangers are pitched at the right level for younger readers. 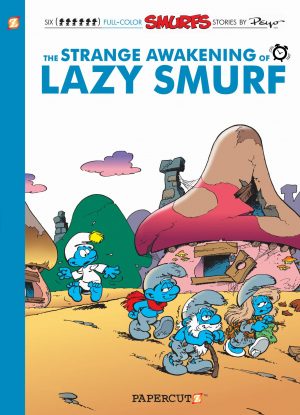