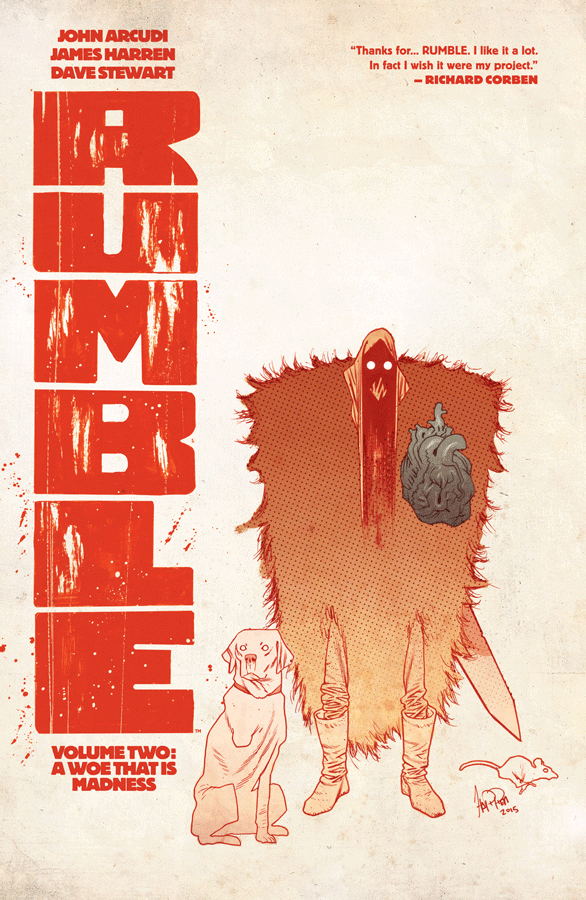 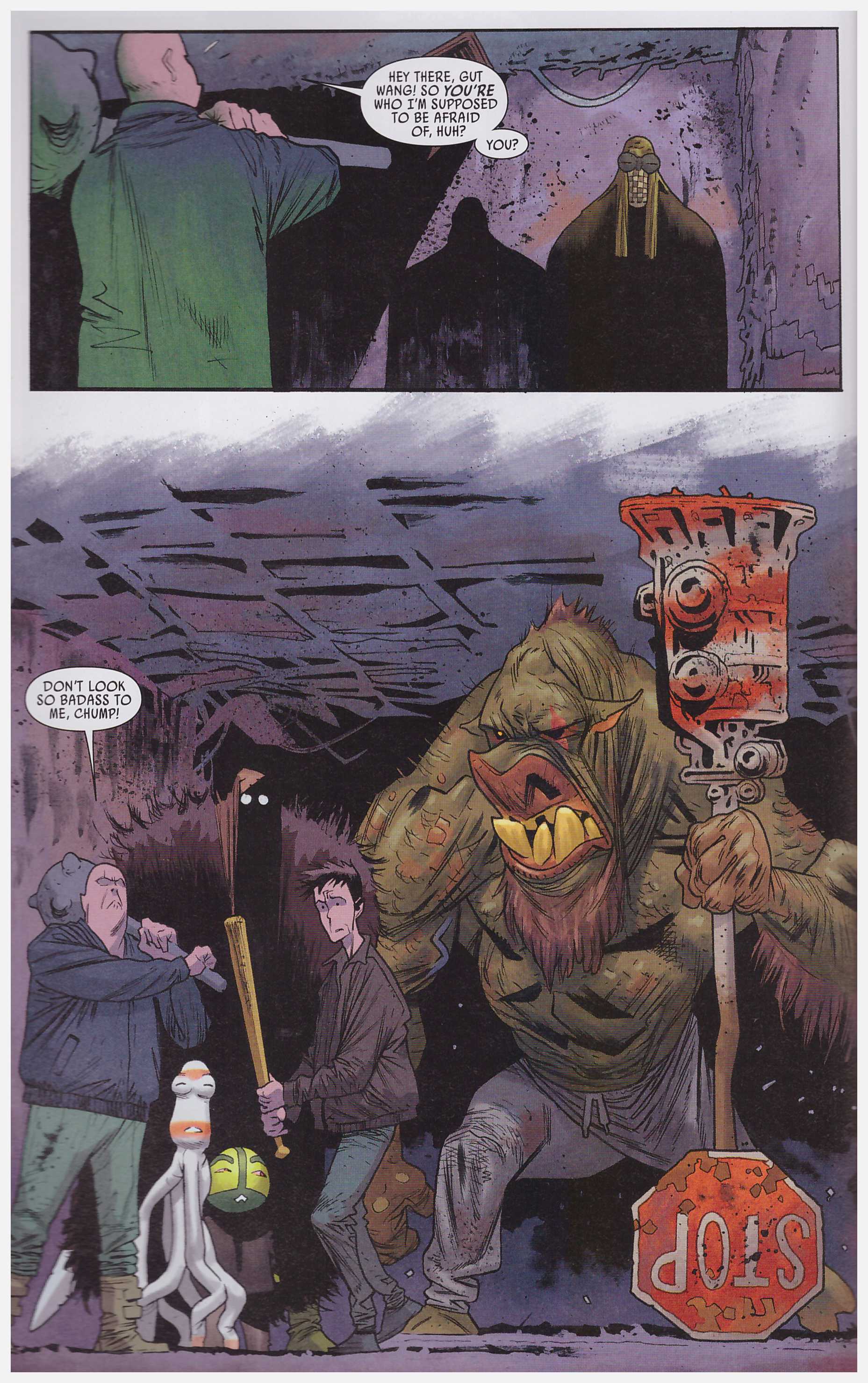 Despite the top notch creative team of John Arcudi and James Harren, Rumble: What Color of Darkness? was high on supernatural, mood-driven violence and low on plot. The gist of the revelations is that the less than capable Bobby was tending his bar when it was invaded by other-worldly demons. Their target was Rathraq, once a warrior they feared, but now trapped within a form resembling a shambling scarecrow. He’s located his true body, but also needs to restore his heart, currently in the possession of the Demon Queen. Oh, and when push came to shove, Bobby was surprisingly resourceful.

A largely contemplative and scene-setting opening chapter segues into a battle from the past, and that mix establishes the tone for the book, which is far freer with both plot and personality. Arcudi takes an interesting route with Bobby, who may have saved the day, but at the cost of killing a demon, and the act of murder hangs heavy on his soul. That remorse differs from the usual methods of rolling out fantasy fiction. Elsewhere Arcudi plays well with themes, particularly that of truth, or perception thereof. Bobby’s gung-ho mate Del has been characterised as the more confident of the pair, but also with a hollow bravado apparent to almost everyone other than Bobby. Rathraq has an illustrative method of bringing him to book, then contradicted when the tale is retold from an alternative viewpoint.

Harren’s seemingly simple design for Rathraq is extremely adaptable, and so is Harren, equally at home with the inside of a bar or Rathraq giving it some pre-old testament righteous monster slaying. And take a look at the design of that monster on the sample page. It’s impressive enough, but accessorising it with a stop sign is a brilliant touch. Harren’s design sketches, to be found in the back of the collection, are equally memorable.

The first book also featured Cogan, ostensibly a one-armed barfly, but one who has the ear of the demons. He’s an interesting character about whom we learn more in A Woe That is Madness, while it’s obvious still more remains to be revealed. His world connects with Rathraq’s and now with others.

Rumble remains an awkward fusion of ultra-violence and social commentary, with demons substituting for the ills of the day. Those who enjoyed the more straightforward mood of the opening volume will find more of the same here, just in smaller doses to incorporate the new material. And there’s one stunner of an ending leading to Immortal Coil. 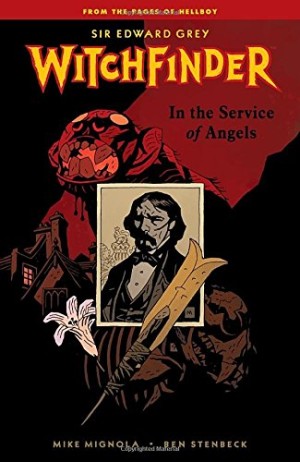