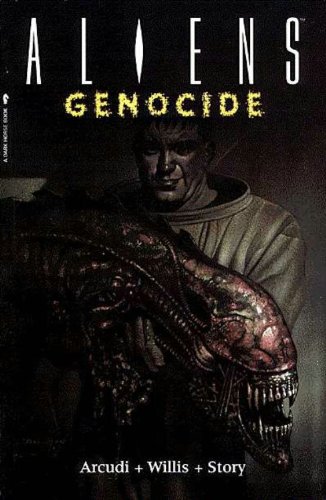 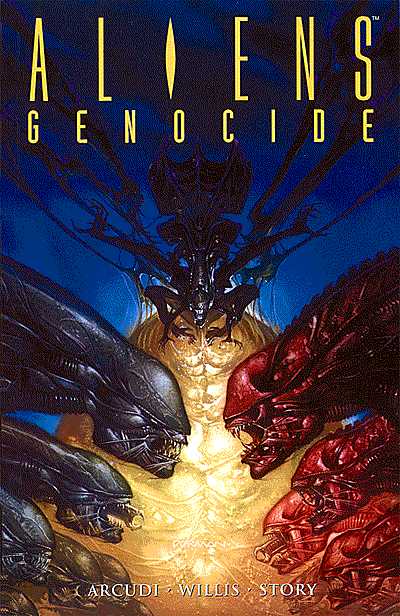 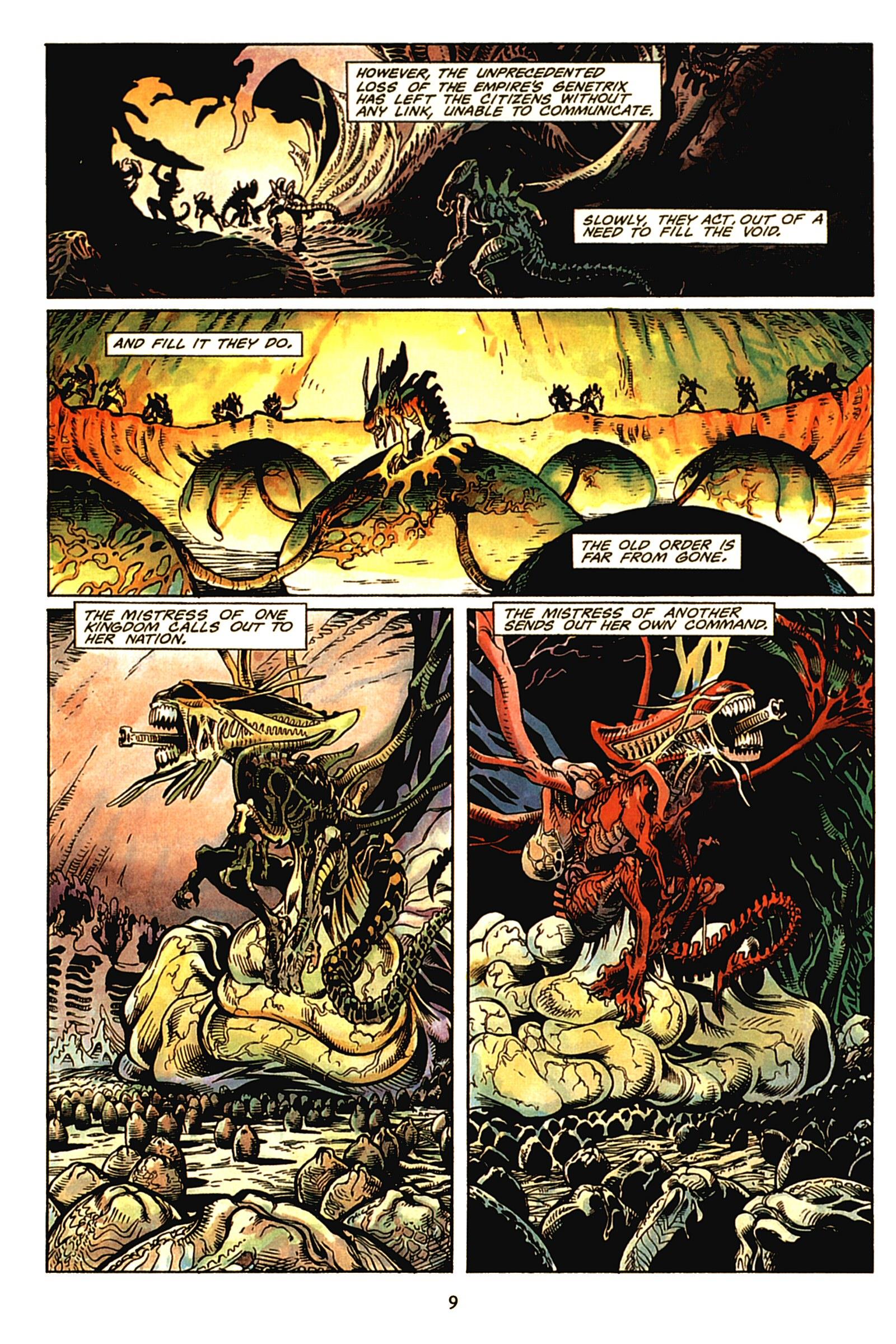 Genocide begins shortly after Earth has seen off an invasion by the Xenomorphs. It’s taken a great toll on both sides. The aliens are without their queen, the connecting relay between their various factions, and Earth has been devastated. One person not suffering is pharmaceuticals manufacturer Daniel Grant, whose genetic tinkering with the aliens has provided a marketable stimulant that temporarily generates tremendous strength, stamina, speed and reactions in humans. The side effect is that some are stimulated beyond control.

This is due to impurities, and the only way to eradicate these is with an alien queen’s royal jelly. Grant isn’t a man lacking in resources, and persuades the military into a joint venture to the aliens’ home planet. They remain ignorant, however, of the current situation on the Xenomorphs’ home planet, which is where we reach the genocide aspect of the title.

Damon Willis’ pages have the look of a talented artist yet to develop his signature style. His page layouts are good, he loves his technology and can supply the full necessary dose of alien carnage. The plot requires scenes involving hundreds of aliens, and while Willis doesn’t go overboard with the detail, neither does he short change on this. When it comes to humans, though, he’s not as enthusiastic or capable. His cast are distinguishable, but posed and frequently with odd facial expressions.

Dark Horse publisher Mike Richardson plotted the story, leaving John Arcudi to produce the script. Complications are provided by a possible saboteur aboard Grant’s craft, for which there are several possible candidates. Grant’s also a fatally corrupted soul, endangering everyone with his illicit and potentially cataclysmic experiments. There’s an excellent final panel, but Richardson and Arcudi’s characterisation doesn’t entirely convince as we head toward the conclusion. Neither does the plot when we discover who the saboteur is. The villain is all too easily subdued, but then left to stand around for a few panels before again becoming the spanner in the works. All that, though, is in the final dozen pages, and before we reach them the suspense has been sustained well enough to keep the pages turning.

Genocide is also available along with Hive and the previously uncollected Colonial Marines in the second Aliens Omnibus.