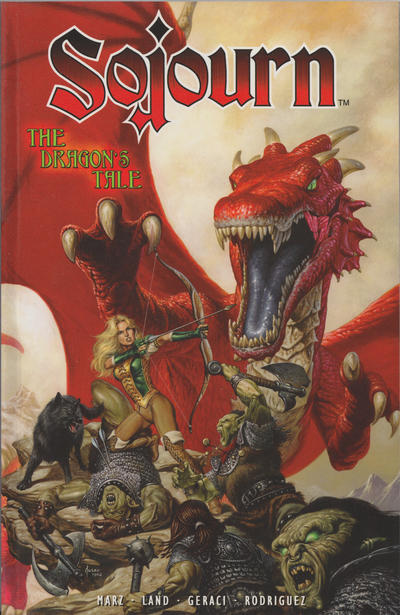 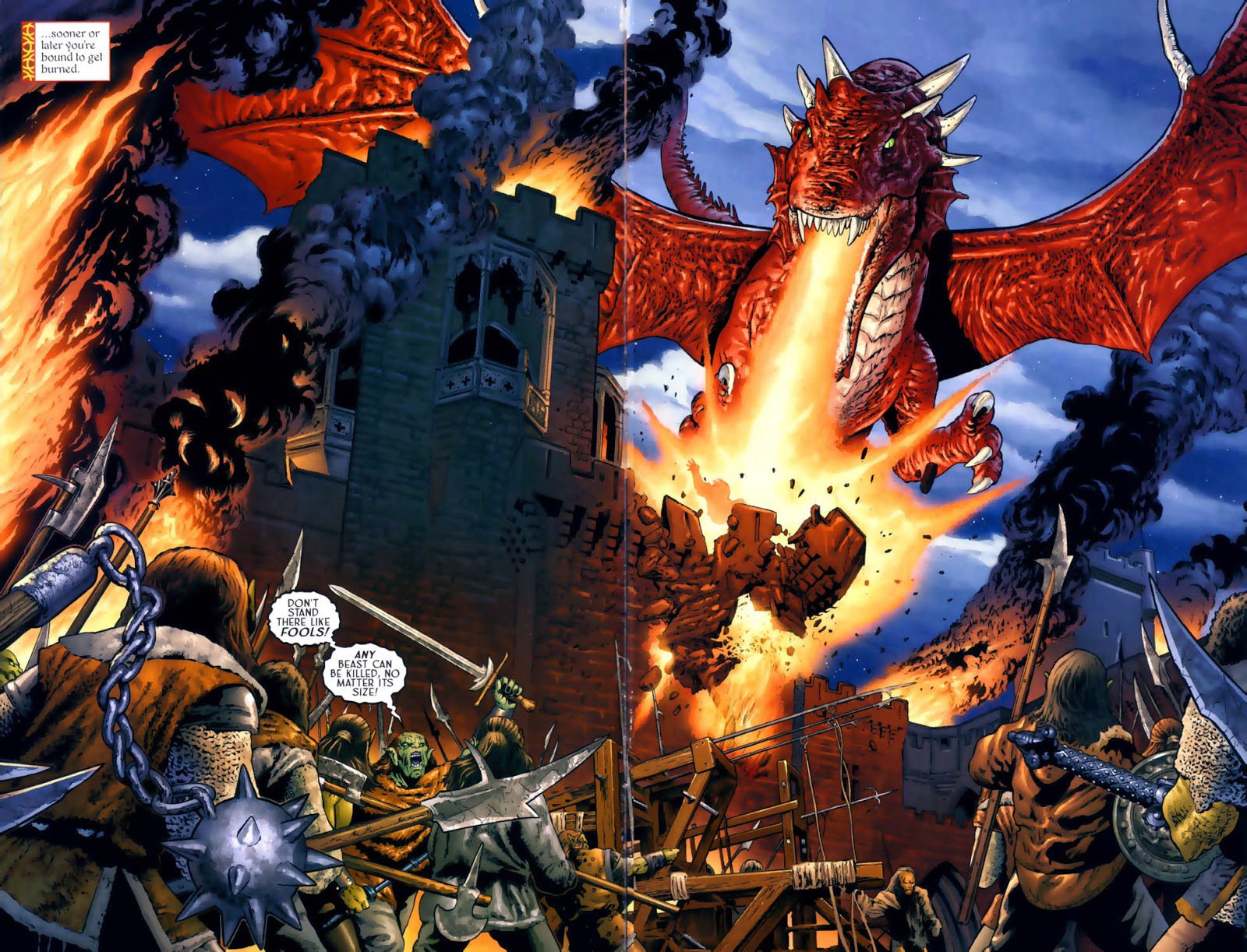 Arwyn is on a mission of vengeance to overthrow the conqueror Mordath and his Troll armies who’ve over-run the Five Lands, and in the process killed her family. From the Ashes showed why a direct attack on Mordath was foolish, but she was given the bow of a legendary archer, and gained an ally Gareth, also a first class shot with a bow and arrow.

Game of Thrones has now redefined everyone’s idea of the fantasy epic, yet Greg Land’s sumptuous alternative presents a fully realised world with assorted locations, attractive leading characters and malign creations for them to battle. Mordath has been revived from the dead after centuries, and Land has him looking that way, while also creating a confidently aloof villain. As seen on the cover, a dragon features, and Land creates a beauty. It seems at first as if he’s deliberately restricting the views of it, which he is, but that’s tease, and we are treated to the full effect. June Brigman’s art on the final chapter is attractive, but features the occasional oddly proportioned figure, while Stuart Immonen’s opener is as good as he’s always been, distinguished by a greater use of shadow.

Like every other CrossGen title, Sojourn is designed with an overarching aim in mind, in this case searching for five fragments of a legendary arrow, but while others gave the distinct whiff of potboiling, Ron Marz offers a full story in The Dragon’s Tale. There’s no great originality about how it rearranges standard fantasy tropes, but there is an exuberance to Arwyn and Gareth setting about things, and the contrast of showing Mordath’s merciless intent as he instils fear in his subordinates. We’ve had full-on dragon action and another assault on Mordath, and The Warrior’s Tale follows.

The bonus material for this collection has Marz discussing his views on the series and cast.