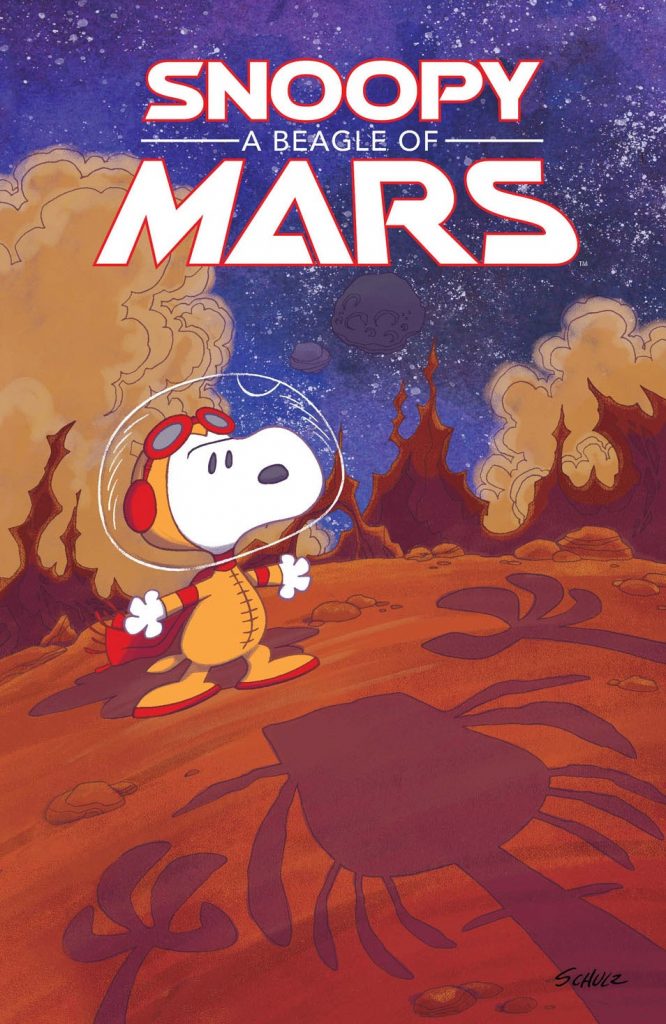 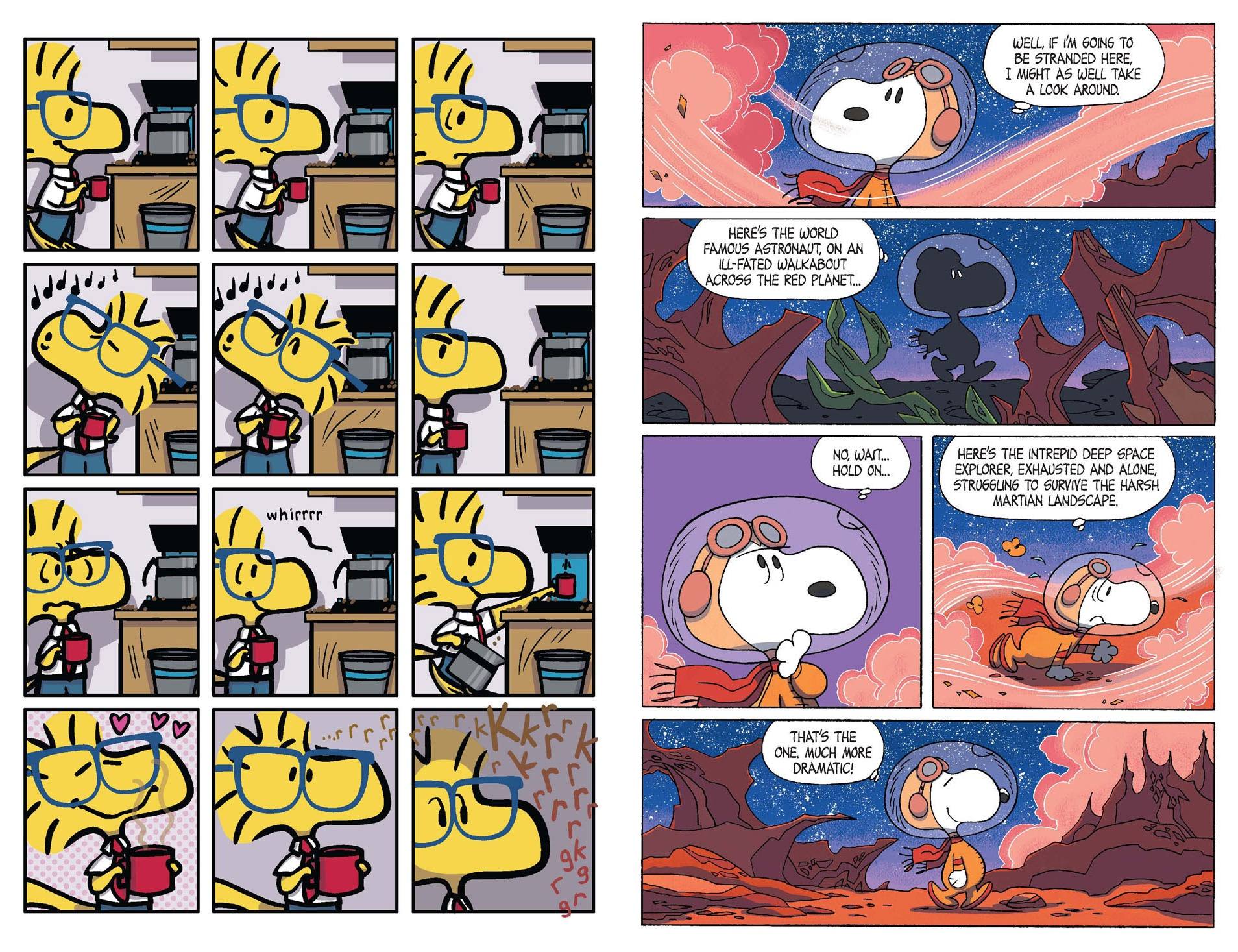 In the Peanuts cartoon strip from 1965 Snoopy used to fantasise about his World War I career as a flying ace encountering the Red Baron on many an occasion. With that era almost prehistoric for the youngsters the current range of Peanuts graphic novels are aimed at, an updating is needed, so Snoopy instead takes a mission to the Red Planet, Mars.

The title story is preceded by another, also written by Jason Cooper, showing Woodstock’s incompetence at mission control. It’s ten pages of silent slapstick, but while Vicki Scott’s actual cartooning is fine, her sense for layouts is lacking. As seen on the sample page, the viewpoint is too close, enclosing Woodstock’s world, whereas a greater distance would show the comedy more effectively.

Snoopy on Mars supplies more laughs and greater entertainment. Cooper plots a continuous story in single page increments, ending each page with a joke or a cliffhanger as Snoopy goes exploring. As with the Peanuts newspaper strip, he supplies his own narrative via thought balloons. Robert Pope draws this section, good with Snoopy’s personality and with the assorted environments in which he finds himself, but just when the story’s jogging along nicely, there are a couple of abrupt switches. The first is to the outback, followed by Charlie Brown’s concern at Snoopy being missing. He phones each of the supporting characters individually, and the repetition and jokes that aren’t as strong kill the mood, before we’re introduced to a character not well loved by Peanuts fans. They serve a purpose, and the younger audience won’t care even if the older will consider it ill-advised.

Cooper includes several other Peanuts standbys, including Lucy’s advice stand, Pigpen and a nod to the World Famous French Foreign Legionnaire, another of Snoopy’s alter-egos, but his story becomes too disjointed. Pope’s art is a delight all the way through, but unlike some other Peanuts graphic novels there are no bonus features. 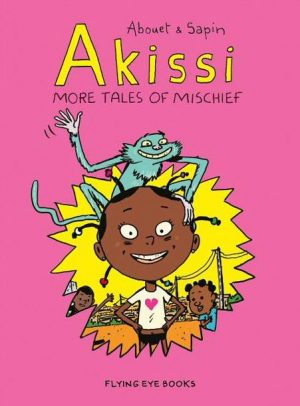