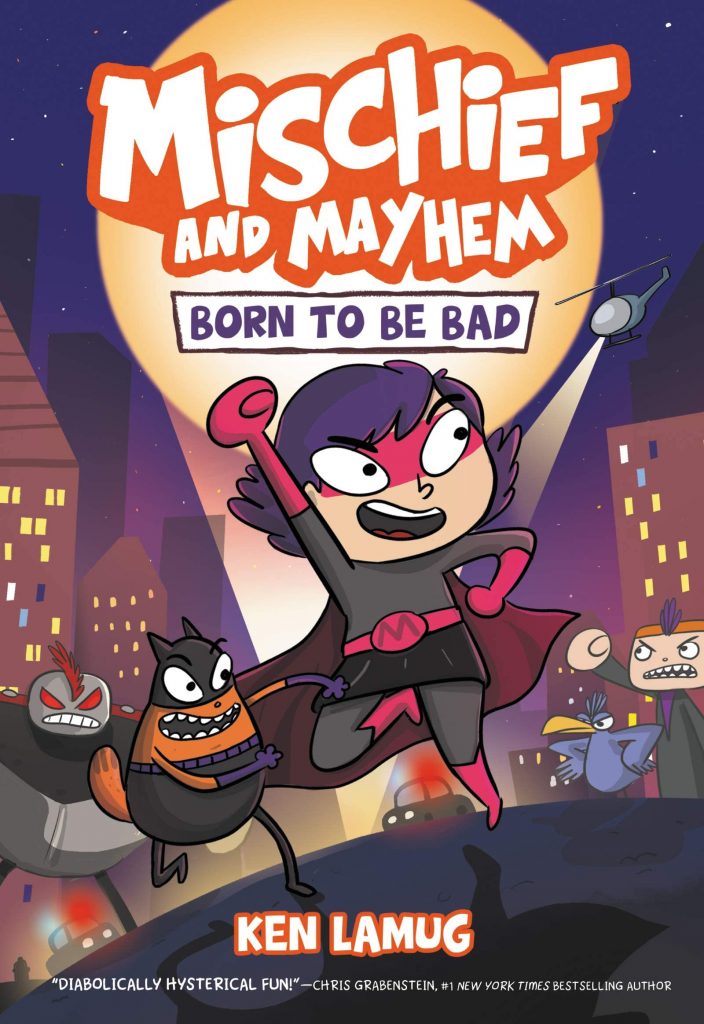 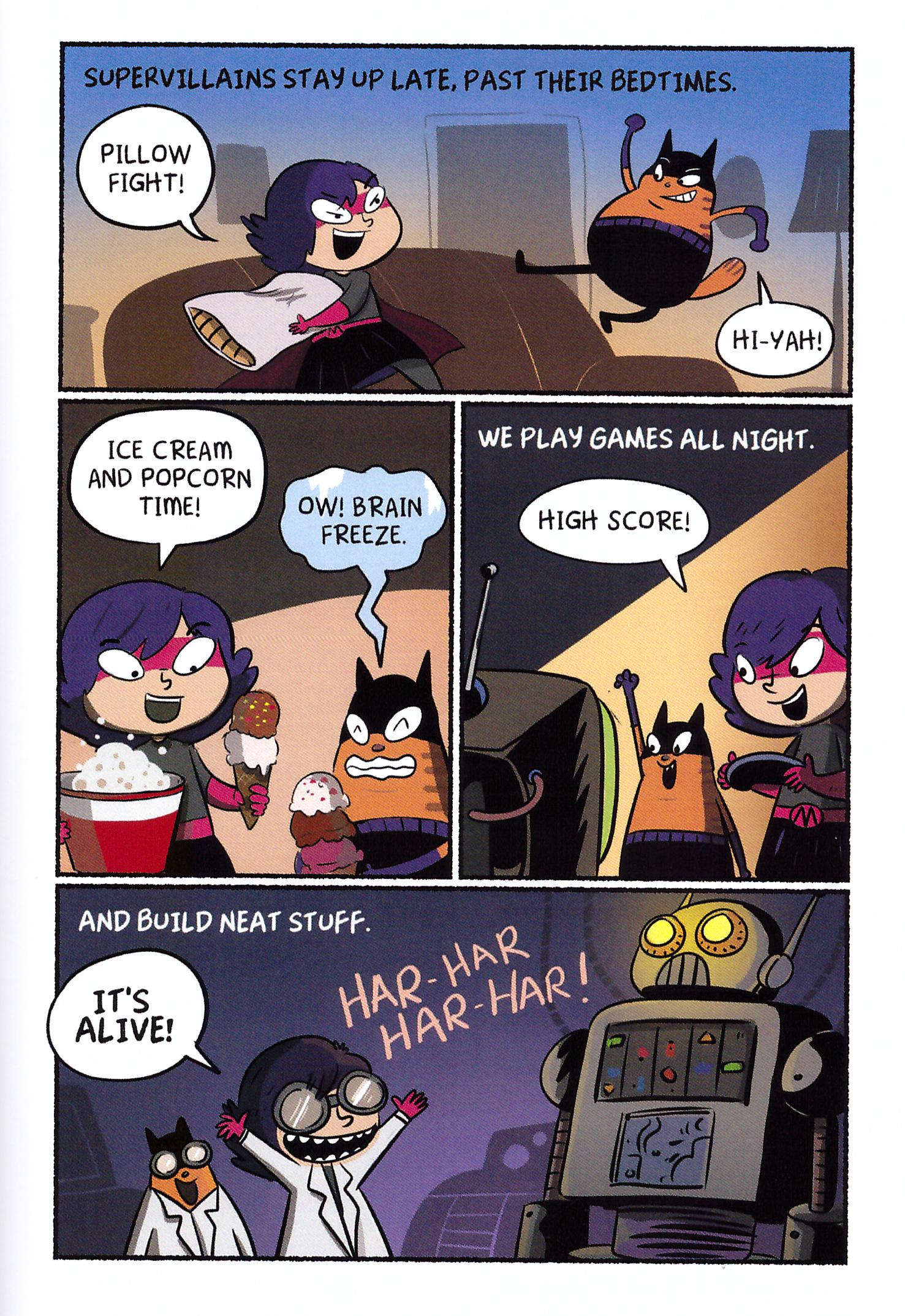 Ken Lamug’s hit on a neat idea. As more and more all-ages graphic novels feature superheroes, when do the villains get to tell how much fun they have? By day Mischief and Mayhem are Missy and her cat Gizmo, but by night they do all sorts of things the good kids tucked up in bed miss out on.

There’s an astonishing density to Born to be Bad, largely because while it’s not an absolute rule, before he moves into the main events Lamug is considerate enough to break things down into one or two page joke segments. It means readers with shorter attention spans can absorb the fun in small doses. Each page, though, is packed. While the main story’s being absorbed, there’s an illustration of a goofy looking cow to take in, or something labelled for convenience. Even leaving that to one side Lamug’s art is very busy, the characters always moving and many of the jokes visual instead of verbal. You can almost hear a wacky noises animation soundtrack in the background, and good promotional gimmick would be to supply a form of comedy noise maker with every copy of Born to be Bad.

The anarchic lead characters and their antics have much more in common with the features found in British weekly comics for younger children since the 1950s, rather than their generally more respectful American counterparts (see recommendations). As good as the comics are, a line from the likes of Little Lulu and Dennis the Menace (American version) to Dog Boy and Phoebe and her Unicorn all feature the well intentioned. Yes, cinema has Despicable Me, but the novelty of Mischief and Mayhem ought have considerable appeal.

As we learn in the origin story occupying most of the book, Missy began with good intentions, but something seems to go wrong with all her scientific creations. Even when she manages to blag her way into superhero school hoping science will see her through, it doesn’t work out as planned. From there it’s a short step into the fun of villainy, although Lamug doesn’t want to set too bad an example, and the clue is in the Mischief name. She’ll steal the world’s toilet paper supply, but draws the line at destruction and chaos.

A constant stream of funny ideas could have children and their parents giggling together, but kids! You don’t want to share something this good. Keep it to yourselves.