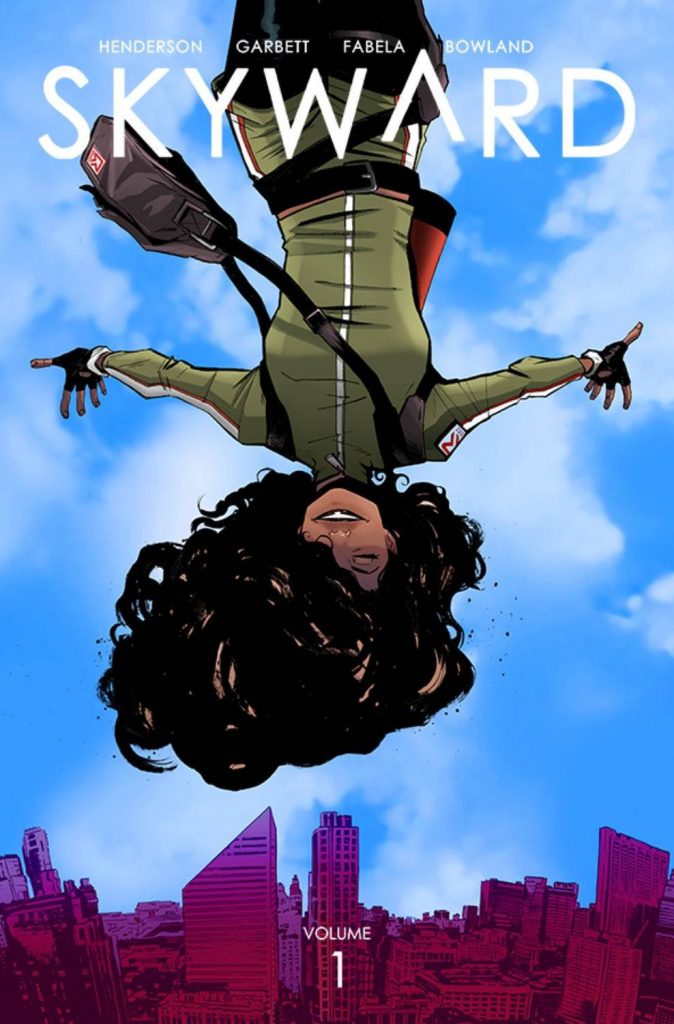 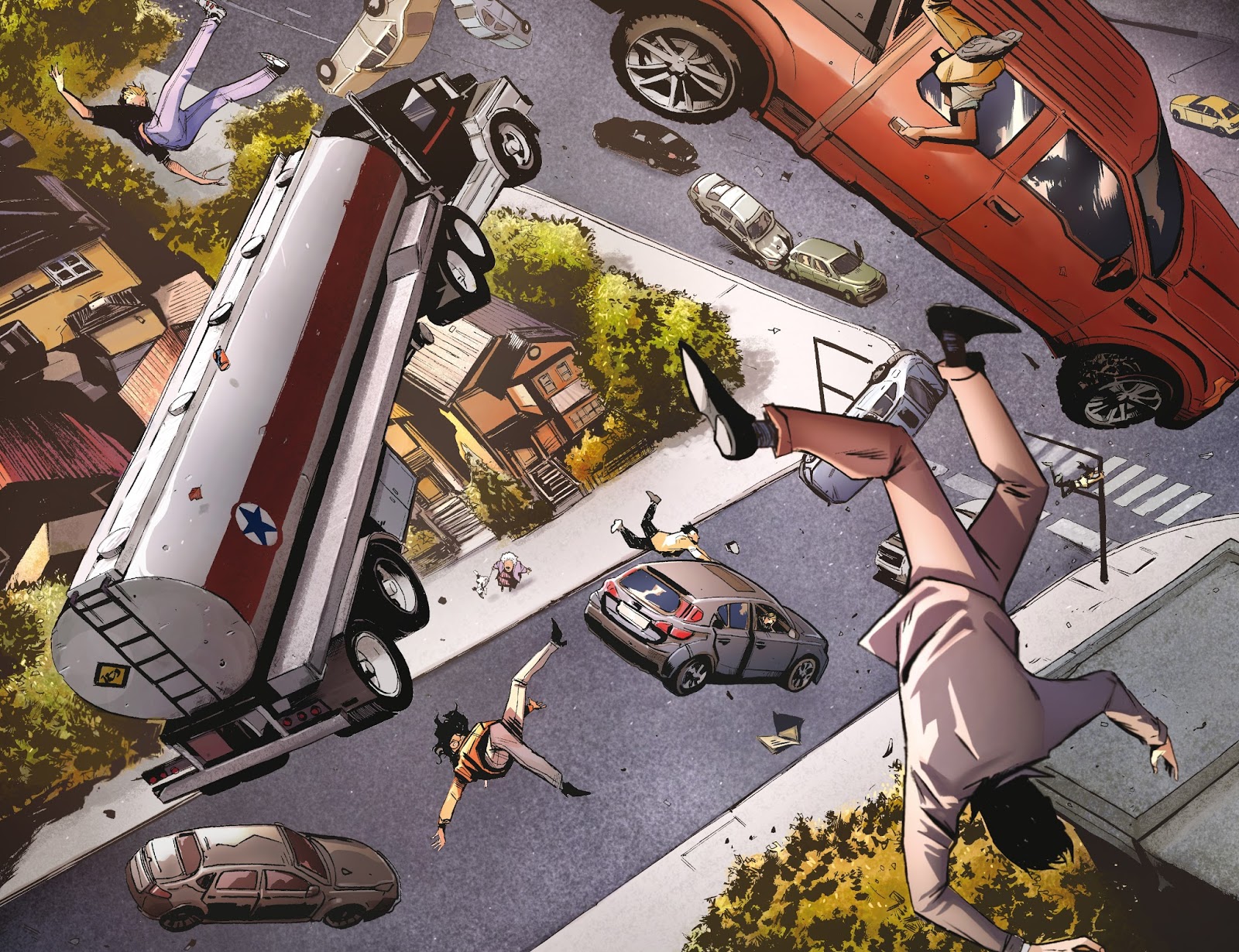 Skyward rests on such a simple idea, yet one that would eat up any film or TV budget, so no wonder TV writer Joe Henderson figured his likeliest chance of success was comics. The idea is that one day gravity stops working. We see that day on Lee Garbett’s sample page, but twenty years later humanity has coped with taking to the skies, and Willa, who we first meet as a baby, can’t imagine what it must have been like before people flew. Her father, Nate, can, and considers himself partially responsible for the situation, so is still haunted by the memories of millions of people just floating away to their deaths. His former partner Roger Barrow, however, has parlayed their research into a billion dollar business.

Henderson only explores the changes in small ways to begin with, such as how guns can no longer be used as anything other than propellants, but gradually expands the world with both positives and negatives. Some people desperately cling to the surface, specially adapted boots enabling this, but it’s the small touches that resonate, such as Barrow noting how the phrase “water under the bridge” no longer has meaning. Some of these touches are visually presented, Garbett illustrating a woman who’d be considerably overweight by contemporary medical definitions, but with no gravity and everyone floating it’s no longer an issue. Neither is having legs amputated for that matter. Before now Garbett’s been best known for superhero work, but with a loose naturalism that switches easily to the need for normally proportioned people. He’s good with the movement and with the views the story demands.

A TV pace is employed, each chapter revealing more about the new world as it moves the story forward slightly, but by the end of My Low-G Life a considerable amount of ground has been covered. We’re familiar with a productive cast, the villain of the piece couldn’t be clearer and there’s an imaginative set piece for the final chapter. Just what happens to all that water that no longer flows under the bridge? Willa now has a mission, and that picks up in Here There Be Dragonflies. 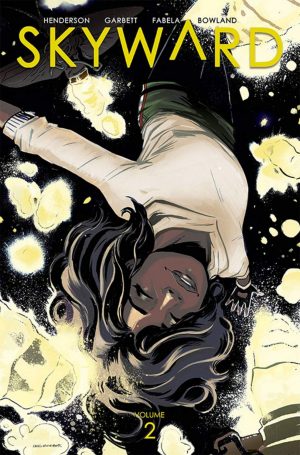 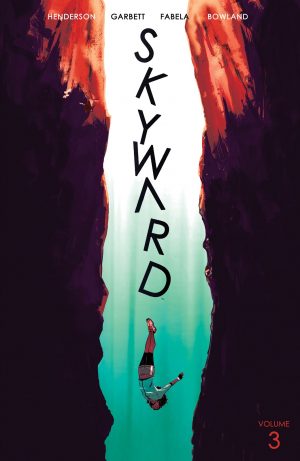