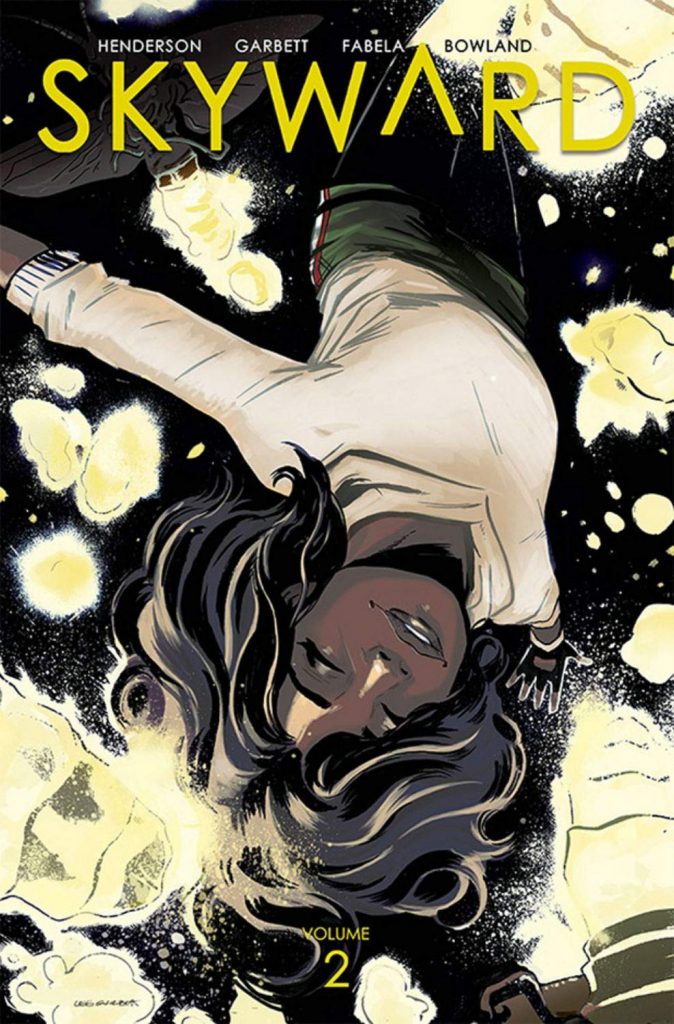 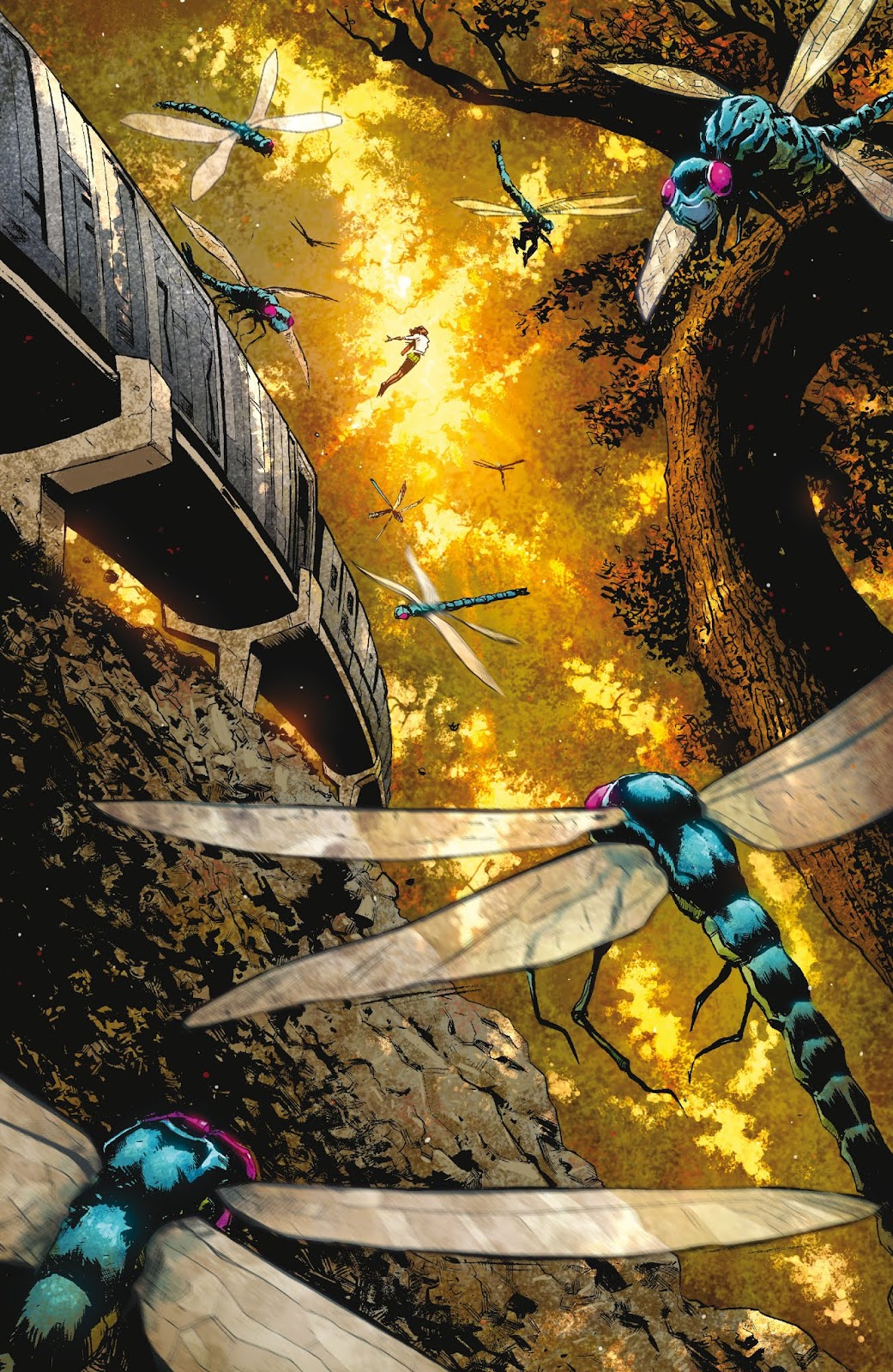 My Low-G Life introduced Willa, daughter of the scientific researcher who blames himself for the disappearance of gravity across the globe twenty years previously. After the initial disaster society has pulled through. His former partner Roger Barrows has made a fortune from applying adaptive technology for those who want to remain at ground level, while the more adventurous have taken to the skies with a joy. Willa now has a mission to restore gravity, with Joe Henderson turning the screw beautifully in the opening pages. Indicative of the nice ethical conflicts Henderson introduces is that she can’t divulge what she’s doing to her friend Edison who’s helping her escape, because his legs have been amputated. In a world with gravity restored he’ll be trapped in a wheelchair.

None of that explains why this collection’s called Here There Be Dragonflies. Lee Garbett’s sample art does. The lack of gravity hasn’t only affected humans, and some species have thrived, like flying insects, now giant sized and ensuring forests are now ill-advised zones for people to visit. If that all seems a bit b-movie, not even some great art from Garbett can disguise that it is. In story terms moving Willa out of what’s now her comfort zone is smart, as is a spell outside the city, and if that’s going to be the case some danger is required, but despite the subsequent revelations giant insects introduce a generic pulp tone Skyward didn’t have before. Once Henderson moves them into the background the story picks up again.

Garbett impressed last time, and he’s great again. A different type of movement is required for this stage of Willa’s journey, and Garbett’s sense of dynamics ensures it looks good, with colourist Anton Fabela making a deadly environment look beautiful.

A slimmed down main cast enables a more concentration on them, although Barrows needs to develop soon from the all-purpose one-note villain he’s been so far. Beyond that, once again, Henderson moves the plot along at a cracking pace, this time toward a danger in Chicago to be covered in Fix the World. Skyward is developing nicely into an episodic series where it seems Willa’s going to be constantly distracted from her primary mission, which is fine as long as Henderson can ensure the originality is sustained.