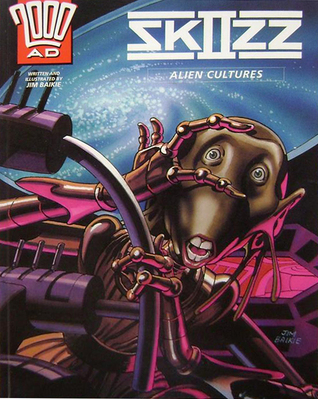 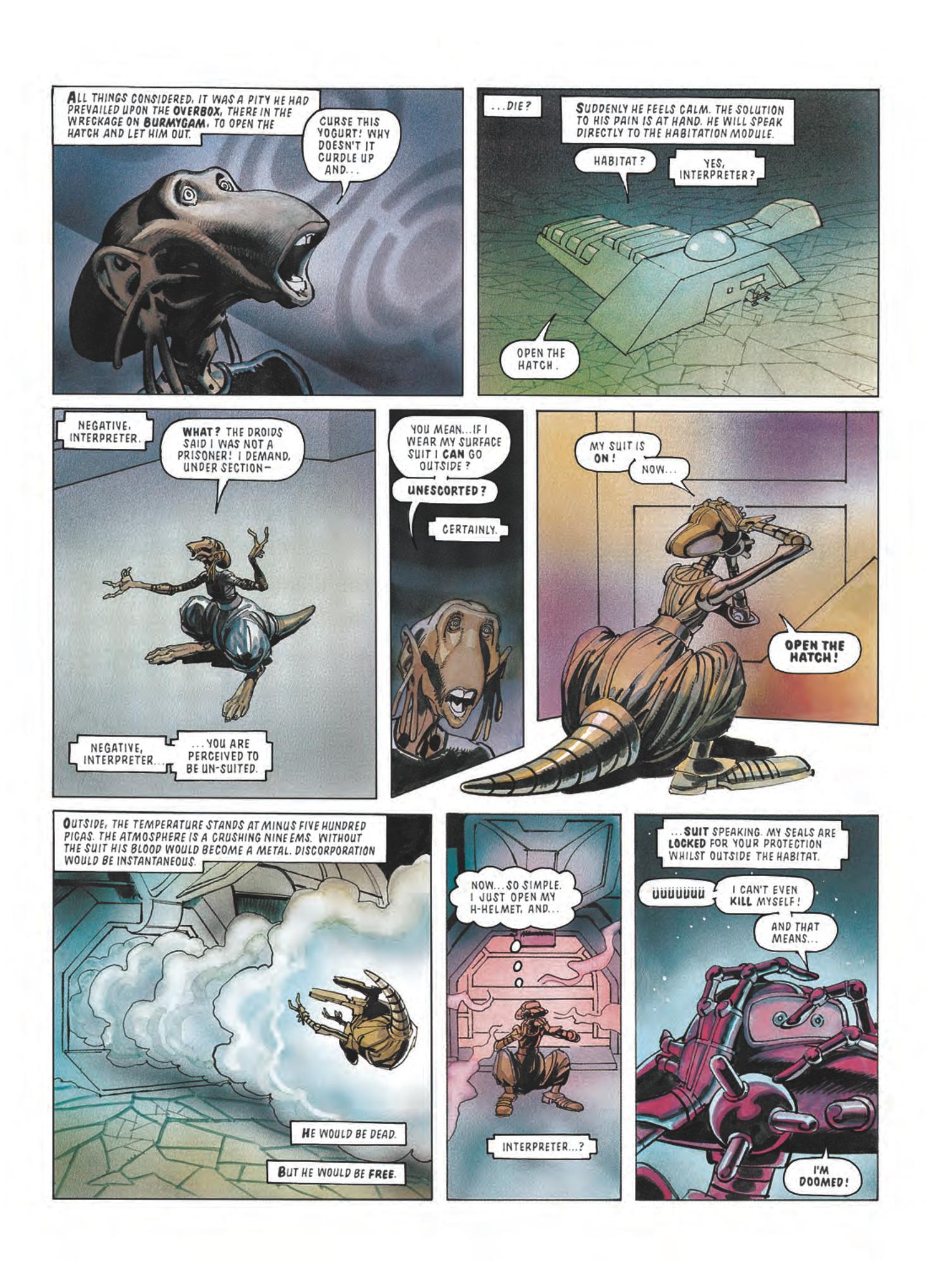 He may have waited nine years and been the original series artist, but even so Jim Baikie set a rod for his back by continuing even a lesser Alan Moore project. Any fair minded person will surely conclude he doesn’t fall far short.

Baikie’s ideas are more than strong enough to carry a sequel that’s marginally indebted to Moore’s work in creating the cast. Baikie’s writing lacks the little extra touches Moore supplied in Skizz, although providing the clever title of Alien Cultures might suggest otherwise, but as they’re window dressing, that’s not an issue other than possibly one of expectation. In passing Baikie uses other devices initiated by Moore such as Skizz’s comical alternative pronunciations, but the plot is definitively his, and he offers a couple of interesting consequences of earlier events. One picks up on Skizz having difficulty keeping any Earth food down until given yogurt. That the micro-organisms have remained in his system renders him a danger to his brethren, and he’s been quarantined away from his home planet with only two robots for company. Confinement’s a theme running throughout the plot, which switches between Skizz and supporting characters on Earth.

The depth is provided by Baikie extrapolating the structures and possibilities of an alien society. He works well with foreshadowing in a plot where little is wasted, and returns the surviving original cast, taking the unusual step of having aged them the nine years between strips. There is one occasion when the plot takes a turn that’s too convenient, but on several others he surprises.

Given Baikie’s better known as an artist, and he poured a depth of detail into the original story, it’s surprising that the art, now in colour, is far simpler. The admittedly work intensive backgrounds implanting the original story in Birmingham have been replaced by sketchier and more generic locations, and the world on which Skizz is exiled is deliberately barren and simple. Baikie’s visual extrapolation of character remains excellent, the years of learning in anonymity on weekly girls’ comics implanting a sense of character.

Alien Cultures is a fun adventure overall, but the ending is very rushed compared with the more leisurely pace to that point. Unfortunately, this edition has pagination problems, displacing a page so that the prevailing mood switches from despair to elation with no explanation. The impact is great because the misplaced page is near the end. Perhaps, then, all the more reason to instead buy The Complete Skizz, which collects this along with the second sequel, previously never available in book form.