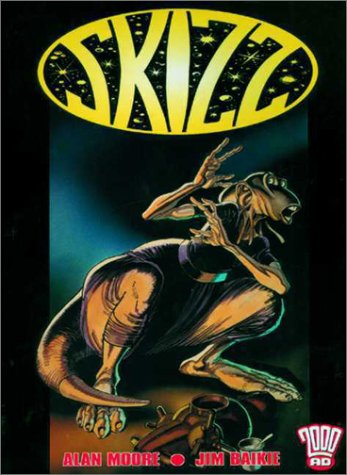 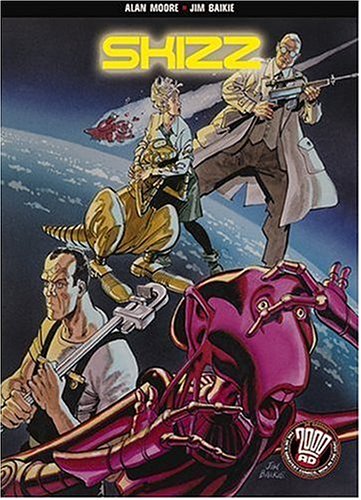 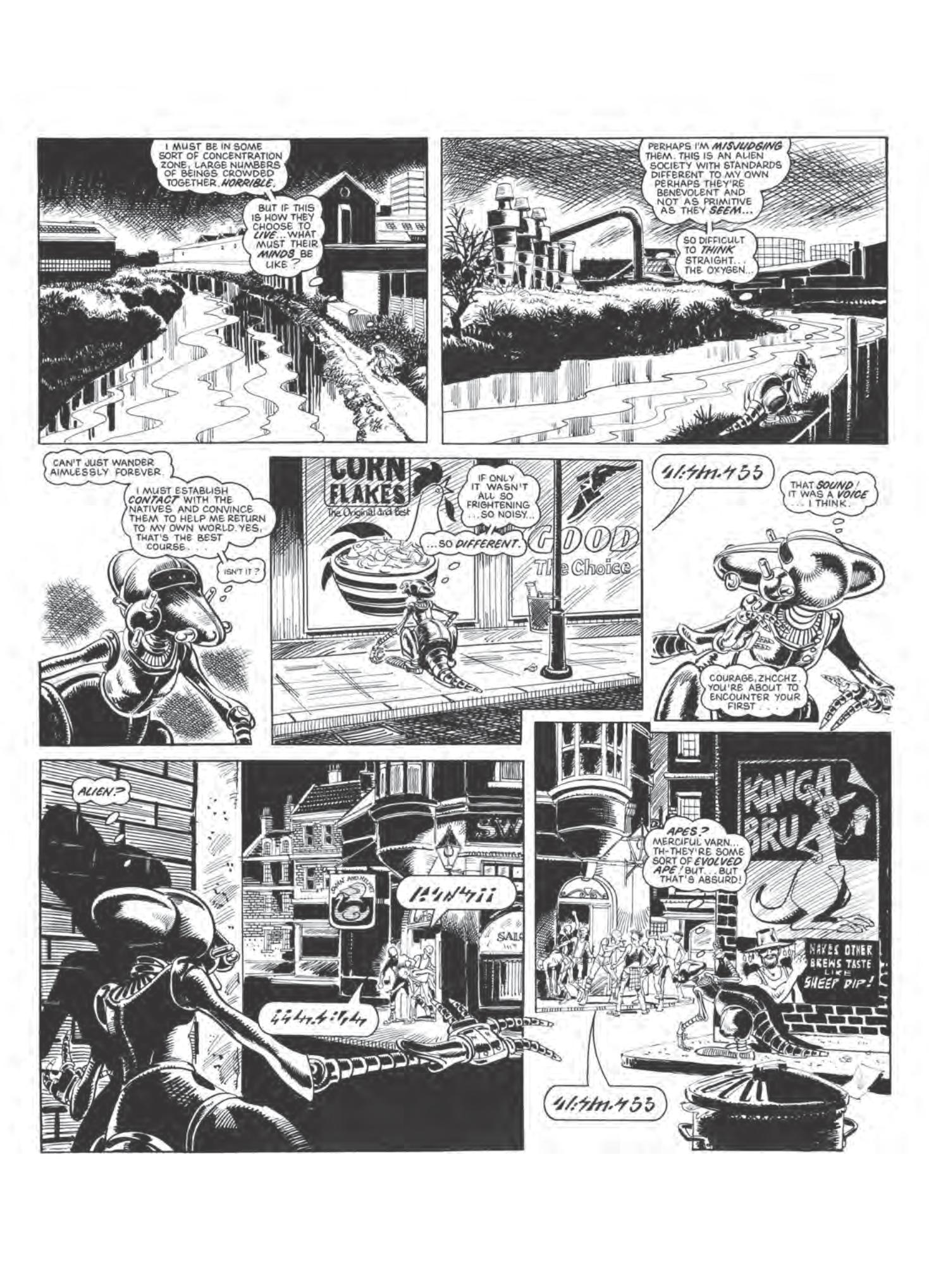 In 1982 E.T. was released to rapturous acclaim, and although they began Skizz before the film was actually released, Alan Moore and Jim Baikie were aware of the broad outline of an alien stranded on Earth. Their brief was to use that plot in the knowledge that the theme would be getting a lot of attention. It’s entirely coincidence, but the broader plot elements of both are similar, although the setting and characters remove Skizz from coming across as an outright copy.

What strikes now is how different Skizz was to most of 2000AD’s early 1980s content. With its strong female lead Roxy O’Rourke, it could easily have slipped into the late 1970s girls mystery comic Misty. Skizz himself is in places almost incidental to Moore’s story of a working class community in Birmingham, and an exploration of what decades of neglect have led to. He relishes setting scenes in pool halls and a finale at the motorway madness of Spaghetti Junction, and has characters comment on social conditions throughout. Some of his influences shine through, such as Cornelius, seemingly based on then TV folk hero Yosser Hughes. Cornelius is unemployed and unemployable since his industrial accident, but has his pride.

Beyond a strip highlighting urban poverty, the thought Moore applies to Skizz is exemplified by Skizz himself, employed as a translator, thereby at a later stage able to pick up English relatively rapidly. The more obvious element of the strip is represented by a government official, unable to believe Skizz crashed by accident and isn’t spying on missile defence systems. Paranoid, cruel and deaf to common sense, Van Owen is a caricature, but one designed to induce reader hate. Will he come to a sticky end? Of course he will.

Baikie’s art is wonderful from Skizz’s wallaby-like design on. His introduction notes the many reference pictures used in piecing together a viable community in a place that actually looked like Birmingham instead of a generic British city, never more so than in early episodes when Skizz makes his way through the city from the crash site. Here and elsewhere Baikie poured the love into the illustration, spending many hours extra ensuring the reality of conditions and great visual characterisation, yet a brief glimpse of Skizz’s home planet is convincingly and imaginatively alien. Baikie would expand on this element in the colour sequel Alien Cultures.

Skizz came relatively early in Moore’s career, but his writing is already very clever. These four page episodes are dense, each with its own mini-plot, and there are some lovely touches. One opens by spinning around the cast noting what they want. Another features clever wordplay as the scenes shift back and forth between Skizz and the human cast. Moore relishes the language, toying with the Birmingham accent and using an exaggeration of South African pronunciation to satirise Van Owen, and he’s always had fine sense of dramatic pacing.

For all that, Skizz isn’t among Moore’s major works. It’s enjoyable and completely constructed to present a convincing picture, but written with his heart on his sleeve and following a predictable course. It’s now more easily found alongside Baikie’s two sequels in The Complete Skizz. 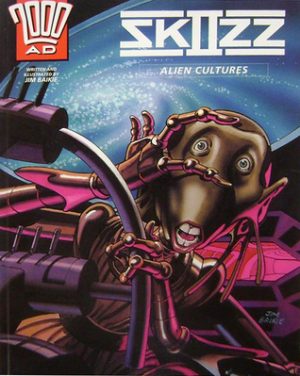