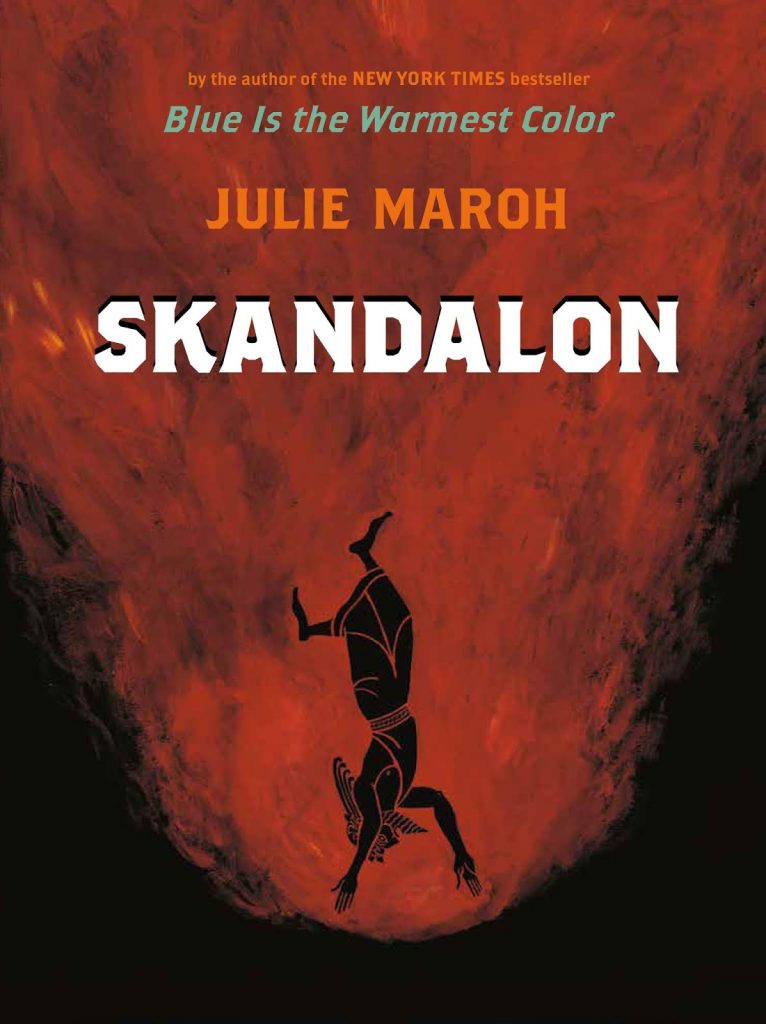 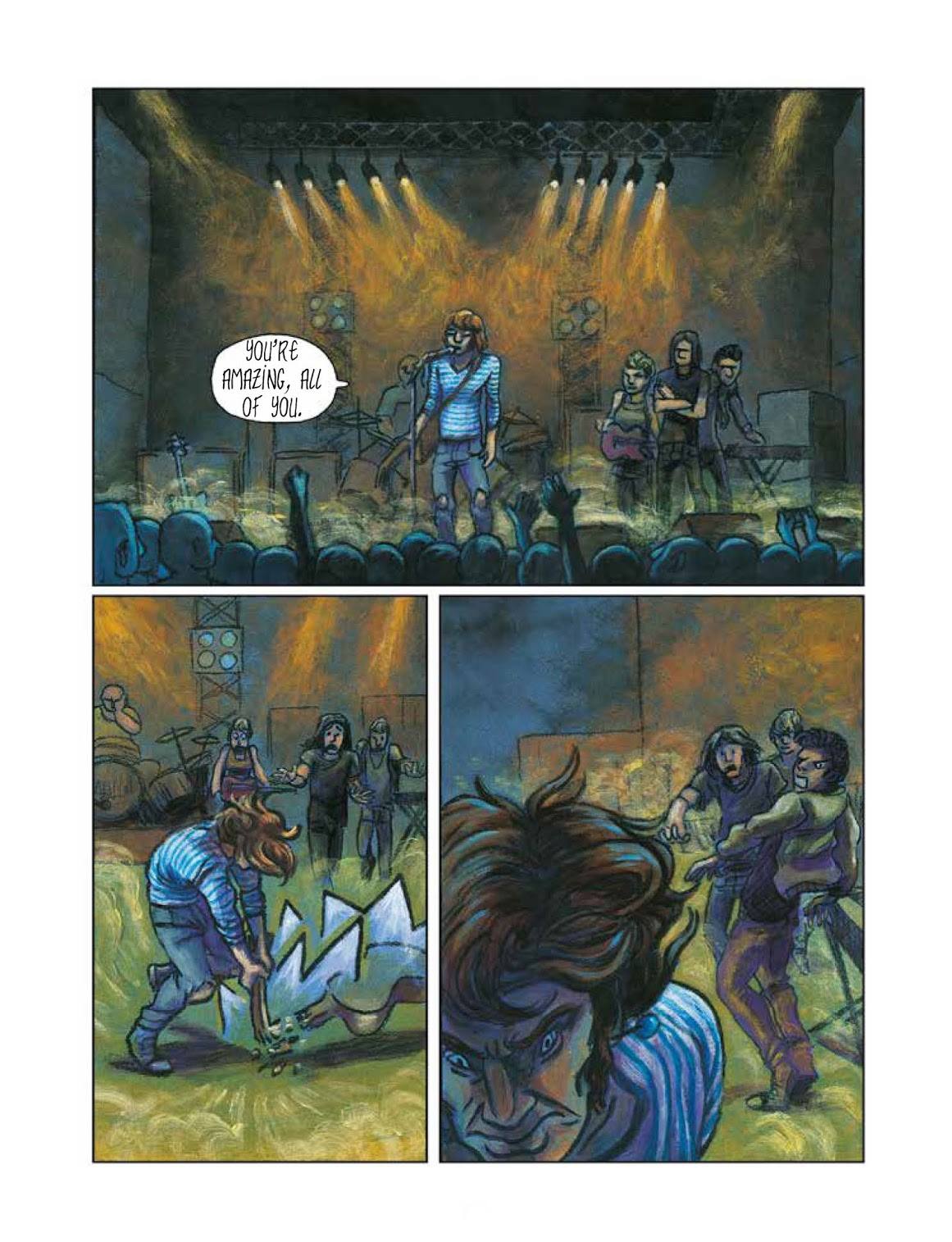 Tazane is a rock star whose French language lyrics have proved no obstacle to US success. He’s at the peak of his career, loved by those who don’t properly know him and indulged by those who do, so a complete self-obsessed wanker. The alternative view is that he’s true to himself and has little concern for those whose only purpose is to make money from him. He’s discussed on TV shows, yet sits alone in his room watching them, bored with life.

Good though it was, Julie Maroh must have been astonished at the rapid acceptance and critical acclaim heaped on her first graphic novel, Blue is the Warmest Color. It was translated into English, and by the time Skandalon was published the Cannes Film Festival had already praised the adaptation of that first book. Given Maroh’s rapid trajectory to global fame, it’s difficult not to consider Skandalon formulated as a reaction to the frustrations accompanying that. It may have been the starting point, but Maroh moves well beyond to extrapolate how far society is willing to indulge celebrities in what becomes a deeply unpleasant experience. Maroh has Tazane behave as if artistic genius is freedom to explore whatever he desires, accompanied by a belief that’s he’s above judgement.

Maroh’s illustrations are pastel watercolours, deliberately distanced from her first project, and very effective, offering debauchery in a pretty form. As her back of the book essay shows, she thinks deeply about her projects, looking beyond just telling a story, and the art therefore seems a playful toying with the audience, asking whether presentation affects what’s acceptable. That essay also reveals Maroh straining too far in making classical connections.

The ideas are muddled. Is an extended drug-induced revelation necessary? And Maroh jumps straight to the heart of an unpleasant picture whereas a more effective telling might have shown Tazane before global success, a path of a soul corrupted rather than one already seemingly beyond redemption. It’s not until a good way through the story that we’re told Tazane has become the creative force of a band, rather than a solo artist with a backing band, and that invites comparisons with Jim Morrison, much loved in France and buried in Paris. Morrison’s echo is amplified as Skandalon reaches its climax. Is it the assumed inevitability or is there some slim hope of redemption? A strangely abrupt ending supplies the answer in an interesting spotlight that never becomes anything more. 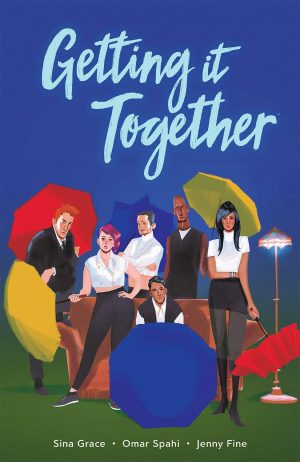