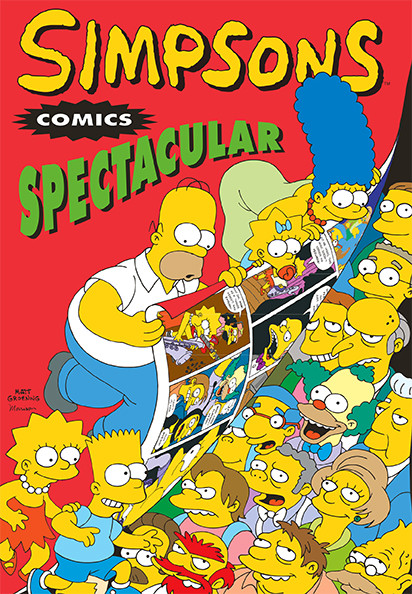 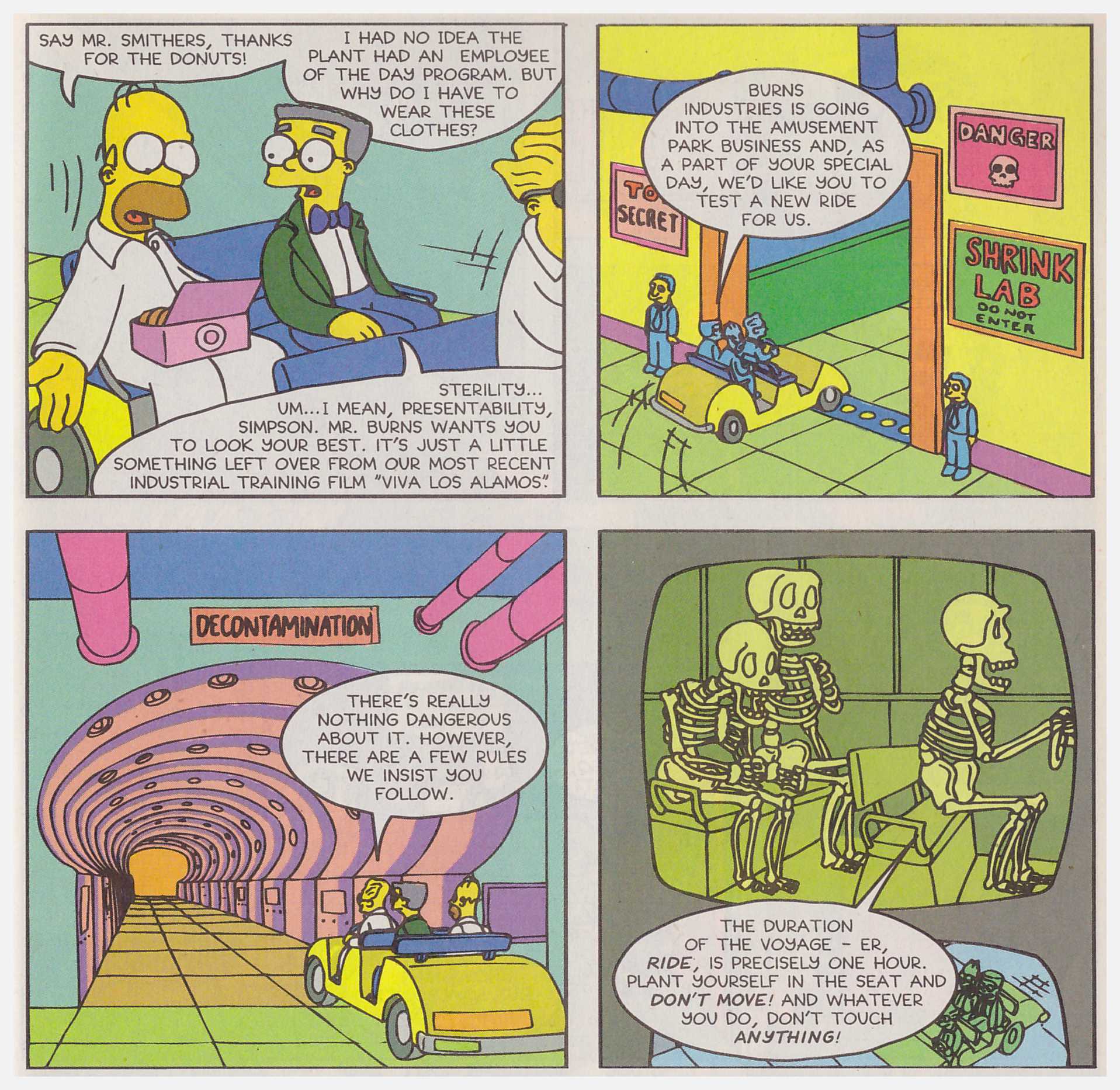 The first collection of Simpsons comics, Simpsons Comics Extravaganza, was almost all written by Steve Vance, who also provided the layouts, which were almost all pencilled by Bill Morrison. This Spectacular is more representative of the Simpsons collections in general, featuring three writers and three artists over the four main stories. It’s nowhere near as good.

A significant reason for the success of the Simpsons TV show from the earliest days was the large supporting cast that populated Springfield, and very few of them are to be seen in stories here, or at least the main material. They’re more visible in the back-ups. Andrew Gottlieb writes two tales, one in which the Simpsons visit the circus, and a slightly better one that has Bart submitting his amended version of Lisa’s diary for publication. Both, though, are very linear plots, with none of the diversions that characterise the TV show. There is of course no compulsion to adhere to this formula, but it certainly offers more comic opportunities. Gottlieb also takes far longer to set up gags than the fast-paced TV show.

Gary Glasberg’s script at least entwines two plot threads, and is a more imaginative story of a shrunken Homer being inserted into Mr Burns’ bloodstream. There’s a wacky reason for this, but Glasberg’s dialogue is largely joke free, serving only to move the story.

The best of the longer tales is written and drawn by Morrison, who understands the whimsy that drives Simpsons TV episodes, includes a wide cast, and his background as a cartoonist means we have both visual and verbal jokes. It doesn’t match the Vance’s material he drew for Simpsons Comics Extravaganza, but at least provides laughs. “What on earth do feelings have to do with music?” asks music teacher Mr Largo. The tale involves stoner bus driver Otto taking credit for music recorded by Lisa.

Morrison also writes all but one of the back-up strips, the best of them featuring a day in the life of town alcoholic Barney Gumble. These also feature Vance’s final Simpsons work, a 1950s crime comic pastiche with Chief Wiggum, that he illustrates as well. It’s fine in context, without matching his previous work.

Phil Ortiz and Luis Escobar provide the art for the other main stories, with Stephanie Gladden supplying Barney’s story, and Tim Bavington’s inking ensuring consistency. They’re all good at duplicating the look of the TV show, and their work appears in the next several collections, but Escobar’s layouts are far more cluttered.