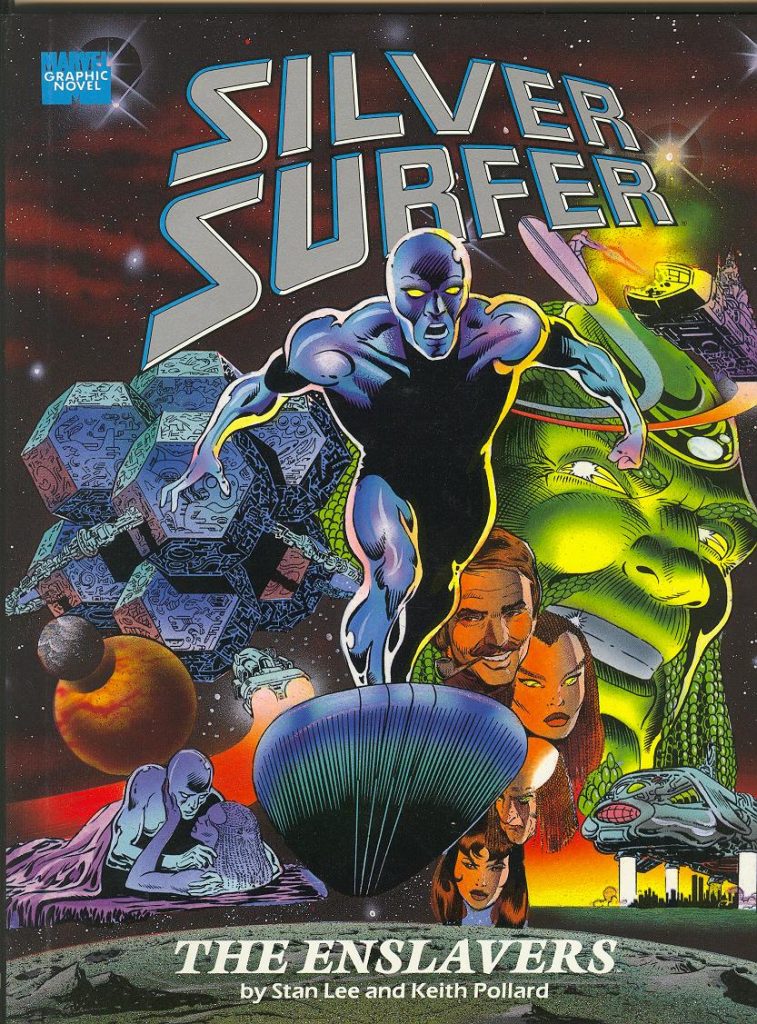 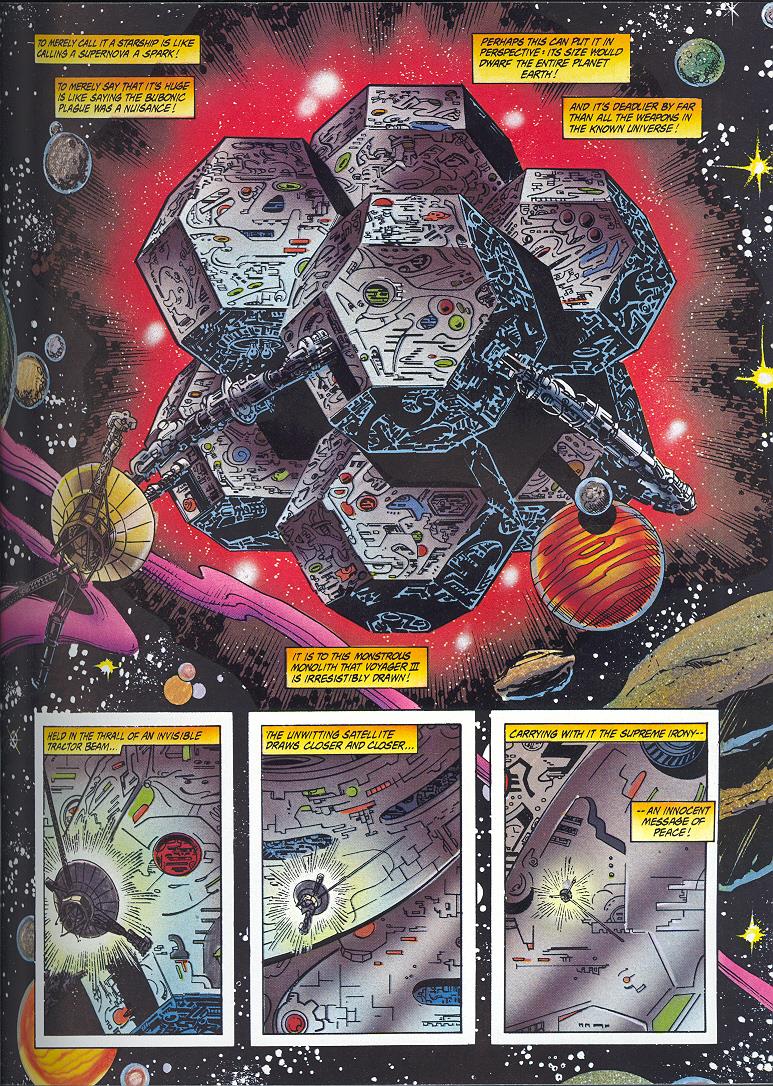 Stan Lee was very protective of the Silver Surfer, despite the character being entirely Jack Kirby’s creation, but by 1990 had finally conceded that he wouldn’t ever have the time for another series, and this is his final bow.

Lee’s starting point is Voyager 2, the 1977 satellite launched into space carrying examples of Earth science and culture in the hope that it would be intercepted by another civilisation. It is, by a race calling themselves the Enslavers, who immediately make tracks for Earth and capture all superheroes. Their leader Mrrungo-Mu then proves how tough he is by physically beating them all simultaneously. He picks up the Hulk in one arm and Sub-Mariner in the other, absorbs their strength, then throws them to the ground unconscious, and if you find that level of logic troublesome, you’re going to have problems with the remainder of The Enslavers. More imaginative is a woman able to appear to any man as the one they love most, and while the Surfer dallies with her, Mrrungo-Mu invades Earth. He’s only been slowed down by falling for the Surfer’s former beloved Shalla Bal.

Keith Pollard might not seem the ideal collaborator to supply the space-faring grandeur of the Silver Surfer, but this could be a career highlight. His superheroics and designs owe a debt to Kirby, but he’s not just copying, he’s using Kirby’s style as a basis for his own creations, and his pages of ordinary civilian life have a naturalism to them not always apparent in his earlier work.

Unfortunately, while Lee intends this light hearted story to contrast his previous version of the Silver Surfer as a tormented soul, his mojo has deserted him, and the result is incredible for all the wrong reasons. It’s a deliberate valedictory tale, so he creates one final statement with a happy ending. If only it had been better. If you’d prefer, The Enslavers can now be found combined with Parable.