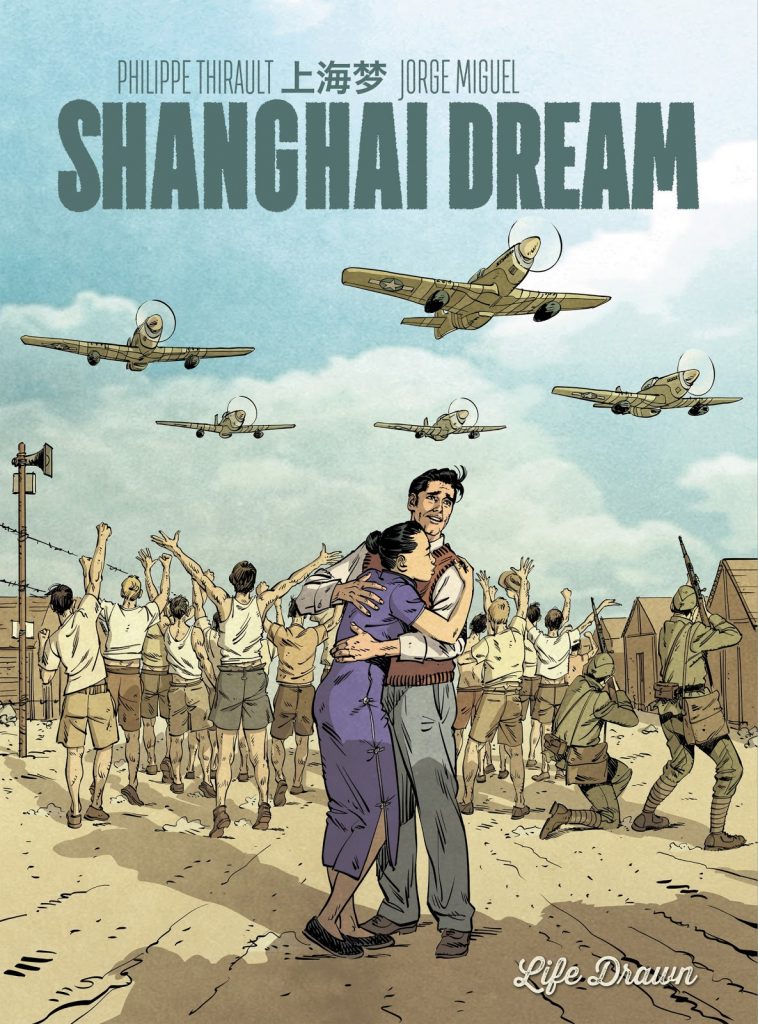 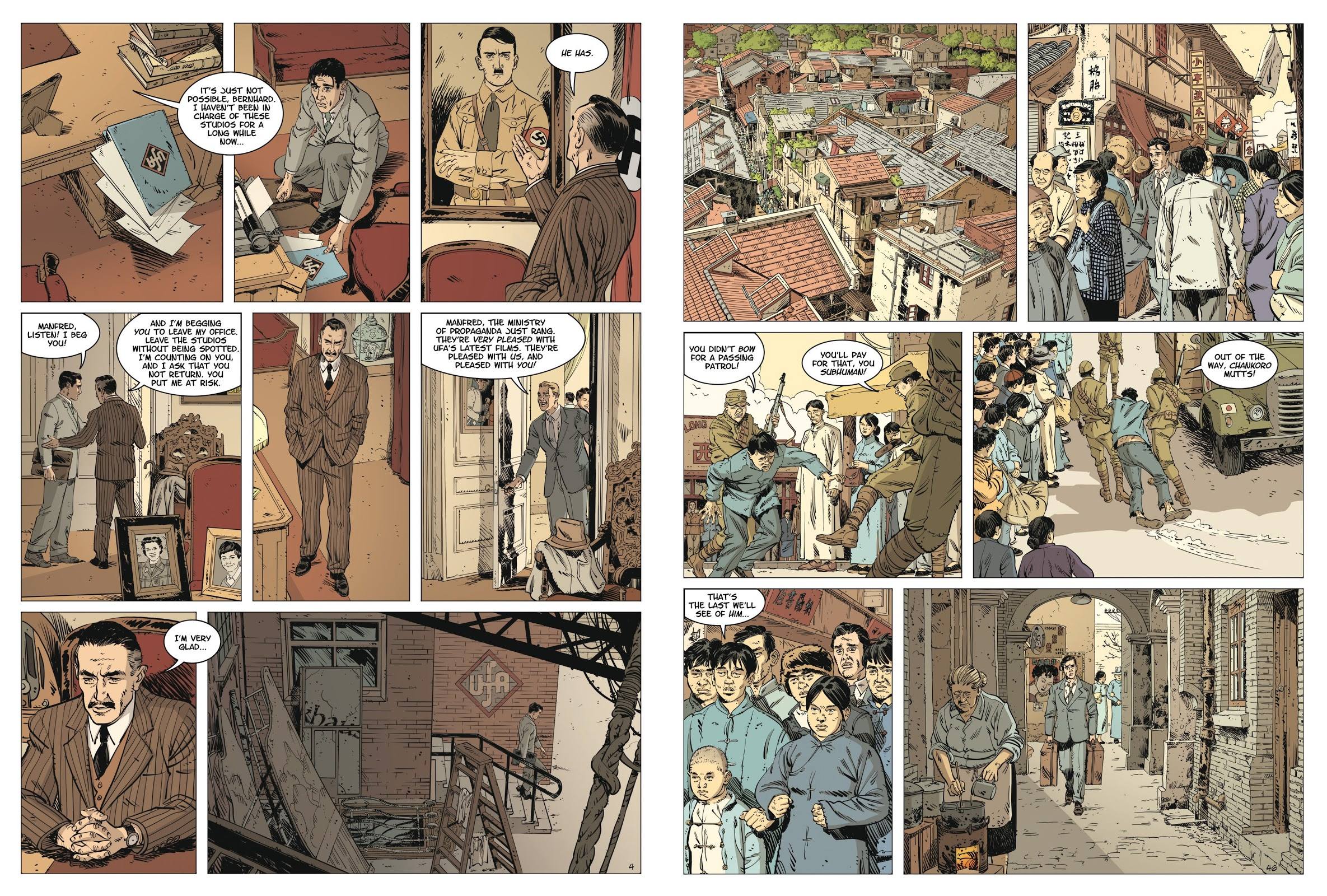 Bernhard and Illo Hersch once worked for a leading Berlin film studio as an assistant director and screenwriter respectively, but it’s 1938, and they’re out of work due to being Jewish. Despite witnessing daily the brutality against their race in Nazi Germany, when the opportunity presented, Illo’s father refused to leave Berlin for the USA. It’s a decision he now regrets, but he can pull enough strings to ensure his daughter and son in law have a chance to escape to Shanghai, even though that’s trading a city occupied by the Nazis for another occupied by their Japanese allies.

Philippe Thirault is the credited writer, yet he’s based Shanghai Dream on a film script written by Edward Ryan and Yang Xie, so the lines are blurred when it comes to exact responsibility for so many clever moments. Who, for instance, was responsible for a scene we see illustrated in a concentration camp, with events described in a letter offering a kinder interpretation? The plot twists unpredictably, yet always in accordance with human emotion, the characters acting in a way that’s true to themselves, even if that’s a real surprise for readers. That everything takes place in times of atrocity provides a background that constantly raises the blood pressure as it pulls us in and appals us with the casual cruelty, not just in Berlin, but also in Shanghai.

Both locations are brought to vibrant life by Jorge Miguel in an extraordinarily precise and incredibly detailed way, yet without a line wasted, everything applied with such consideration. Miguel may have a very clean style, yet he’s able to show grimy and cluttered locations as per the second sample page. That page also showcases his facility for drawing realistic looking people, who are seen as background artistes on almost every page. This is stunning artwork all the way from start to finish.

The main narrative is intercut with scenes from Illo’s film script, about an ordinary young woman who inherits a fortune from a distant aunt. These are presented in equally accomplished grey wash by Miguel, but at first seem intrusive and without purpose. That changes when they begin to merge with some fevered dreams, and to become modified, taking on new meaning in another clever piece of writing. The film script hovers as the hope of redemption throughout the story, and the plot continues to amaze and impress with its precision, scenes shown early on and presumed to be just an indication of life in Shanghai having their relevance revealed later. This happens time and again, even towards the end when in places it seems the story is slipping into sentimentality. A happy ending is allowed for some characters, but it’s always based on human nature and someone being true to themselves rather than contrived random generosity. The result is fantastic drama that would make a great film in the right hands.