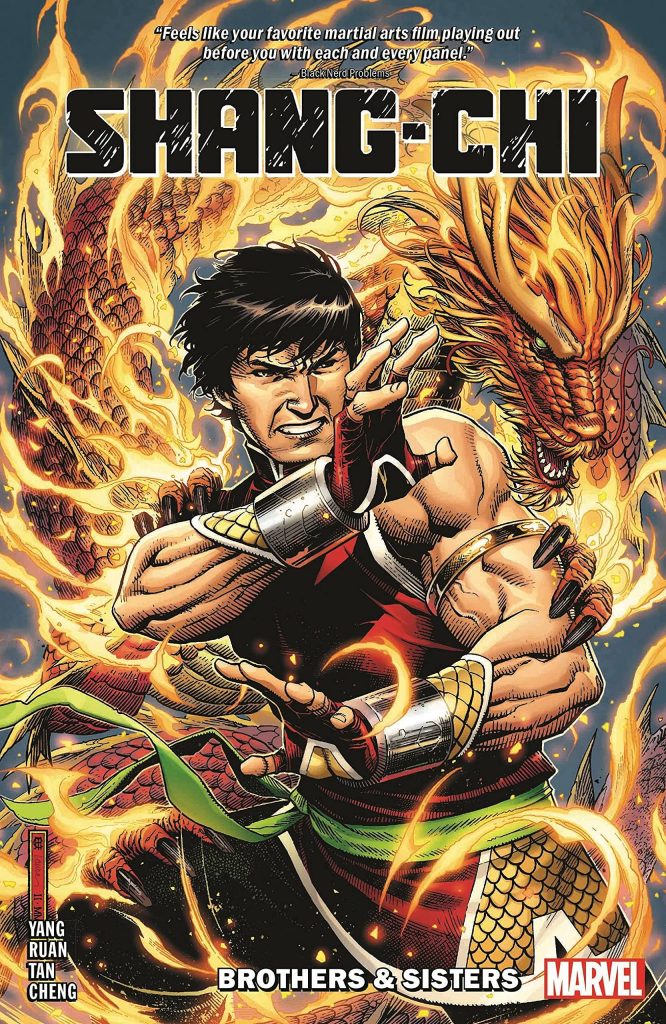 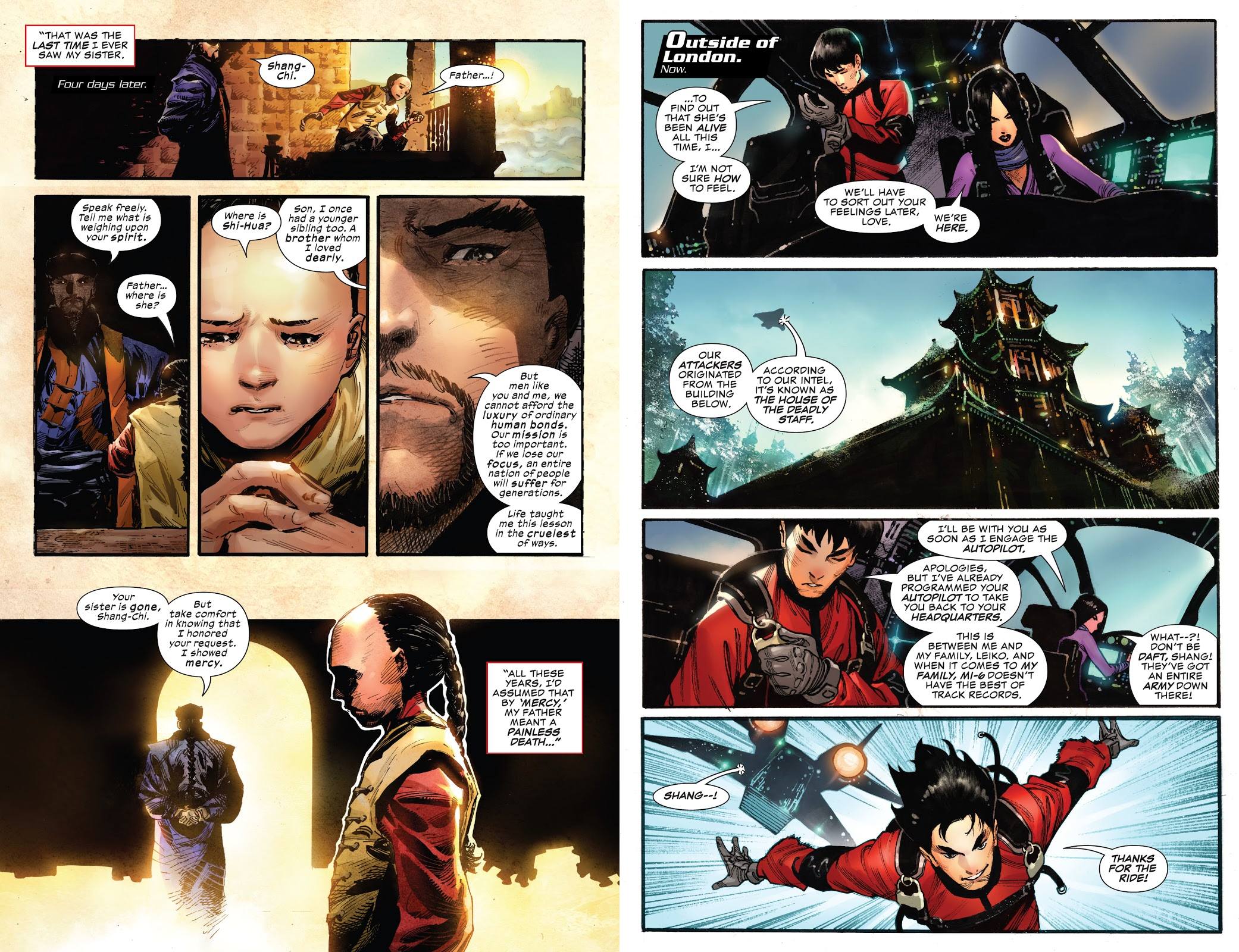 With Shang-Chi the unlikely property selected to carry a 2021 Marvel movie, some revision of his comic past was necessary. Gone is the former Master of Kung-Fu title and what is now increasingly seen as a racist heritage, and in comes American-Chinese writer Gene Luen Yang with a backlist of thoughtful graphic novels often addressing racial bigotry.

He reconstitutes Shang-Chi as the son of Zheng-Zu, before he died the last survivor of the Five Weapons Society, an honourable organisation that has become corrupt over the centuries. This is still the same character we’ve seen since the 1970s, Yang referencing his past, and integrating it well into his revision, but Shang-Chi is no longer an MI6 agent or Avenger, instead working in Grandma Wang’s San Francisco bakery. When returning home he learns that his father’s organisation isn’t as dismantled as he thought, and someone he remembers fondly now leads it.

This is an impressive reboot. Yang incorporates all the elements admired by lovers of the 1970s Master of Kung-Fu into a modern day setting. Shang-Chi is still a martial artist without peer, and he’s spiritual rather than materialistic, but Yang inventively expands his world introducing a further four houses of equal rigorous disciplines associated with other weapons.

The greatest change is Shang-Chi’s visual presentation. Gone is the old red martial arts robe, and while the old stories were drawn with the emphasis on tight figurative art, both Dike Ruan and Philip Tan work in far looser styles. Ruan takes the present day events, while Tan illustrates the dips into the past informing the present. It’s a less distinctive form of storytelling, but the art is competent within that limitation, and most readers in 2021 won’t be making comparisons with Paul Gulacy and Gene Day.

A surprising turn is taken in the fourth chapter, which introduces beings usually associated with another Marvel headliner, but their appearance is logical in context, and opens new possibilities. The new supporting characters also have potential, and the revelation of what brutality institutes makes for a novel ending. Whether Yang continues with the character or a different writer moves Shang-Chi forward, Brothers & Sisters is an effective repositioning that should appeal to movie newcomers and fans of old. Yang’s work continues in Shang-Chi vs. the Marvel Universe.