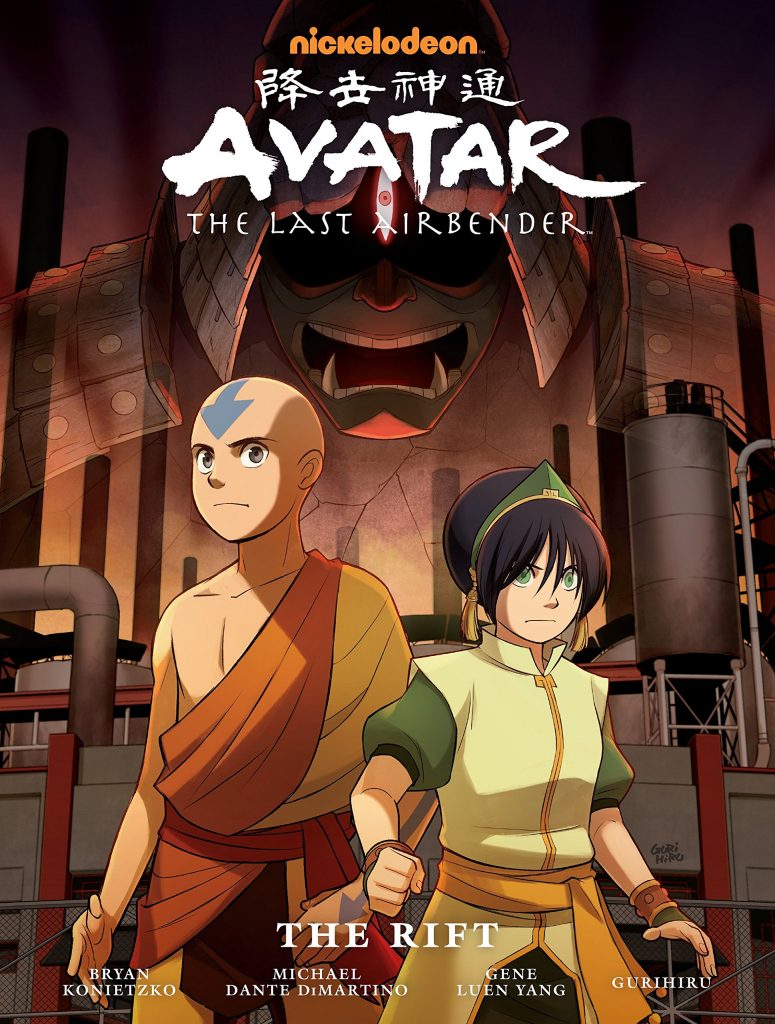 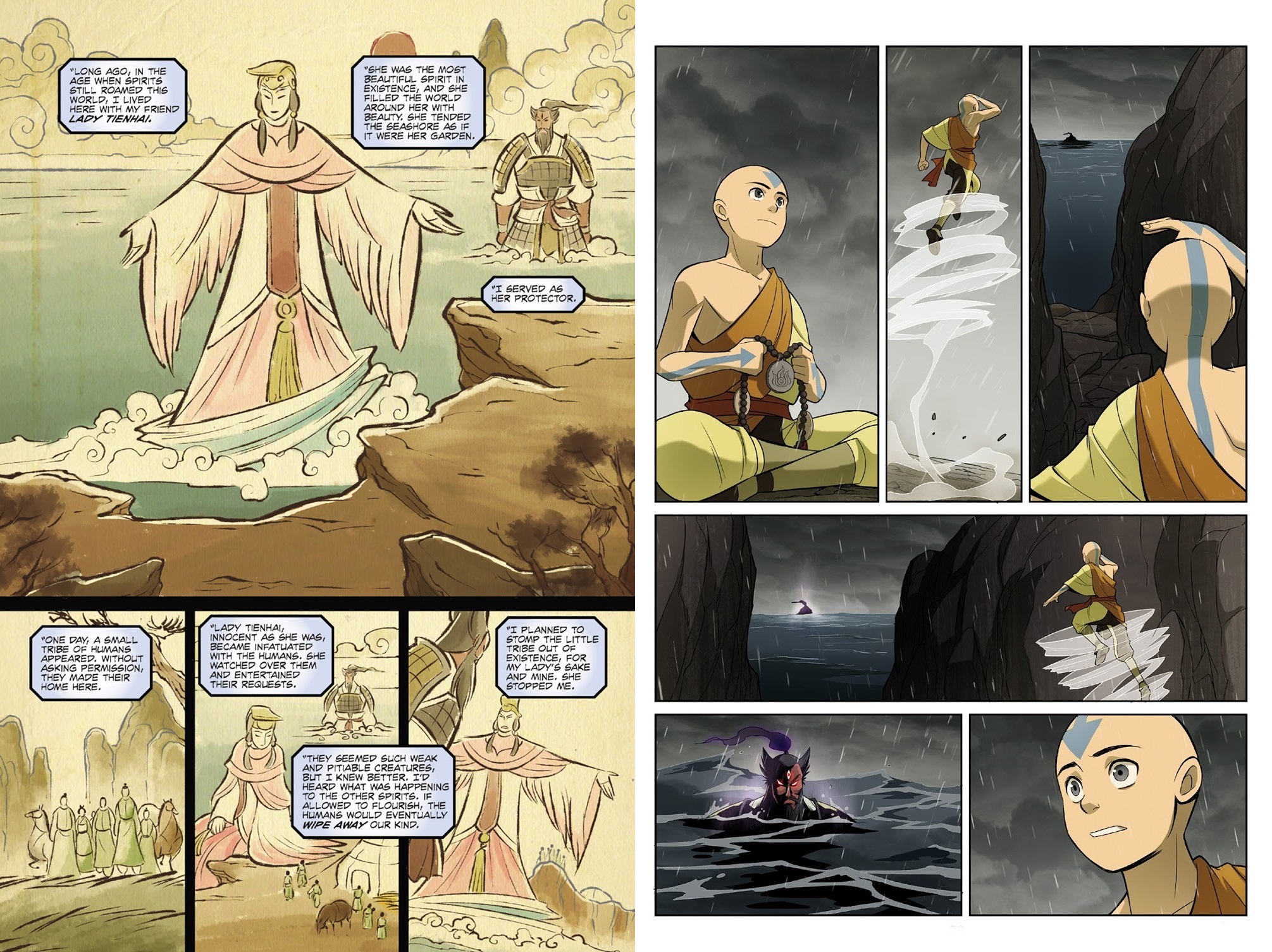 In both previous Avatar stories Gene Luen Yang has surprised considerably, seeming to take his story in one direction, then swerving somewhere else entirely with the foreshadowing expertly dropped in. He pulls that trick again with The Rift, which begins as if an ecological fable, and ends mournfully having looked at what place the spirits still have in a word of constant progress spurred by humanity.

Despite the strong emotional conflicts, The Rift isn’t quite the tearjerker that The Search evolved into, but Yang still puts half the cast through the wringer, with Toph, seemingly the strongest among the regulars, having a starring role as her background is under scrutiny. The story is kicks into gear via her reluctance to go along with something just because that’s the way it’s always been done, and she doesn’t consider a refinery built on what were once sacred lands to be any insult. Those lands ceased to matter hundreds of years previously, so what does it matter if a crystal mining operation is now there? Better still, in some ways it’s a vision of the future of a model workplace employing people from all nations, combining their skills to ensure maximum efficiency. It turns out not to be quite that straightforward, and, depressingly, there’s always someone not content with making a good living and greedy for more.

As with previous Avatar hardcovers, the content is also available across three slimmer paperbacks, and as noted in the review for Part Two, you’d have to be a curmudgeon of immense proportions not to appreciate the first rate cartooning of Gurihiru. They produce fantastic designs time after time, really thoughtful moments such as the passing of a spirit toward the end of The Rift, and provide really strong visual personality definition. They don’t exaggerate greatly, and that’s key in compelling characters. We know all the tensions the cast are experiencing, because it’s beautifully drawn.

Avatar continues with Smoke and Shadow.