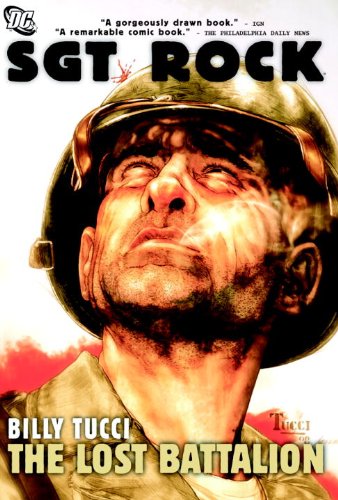 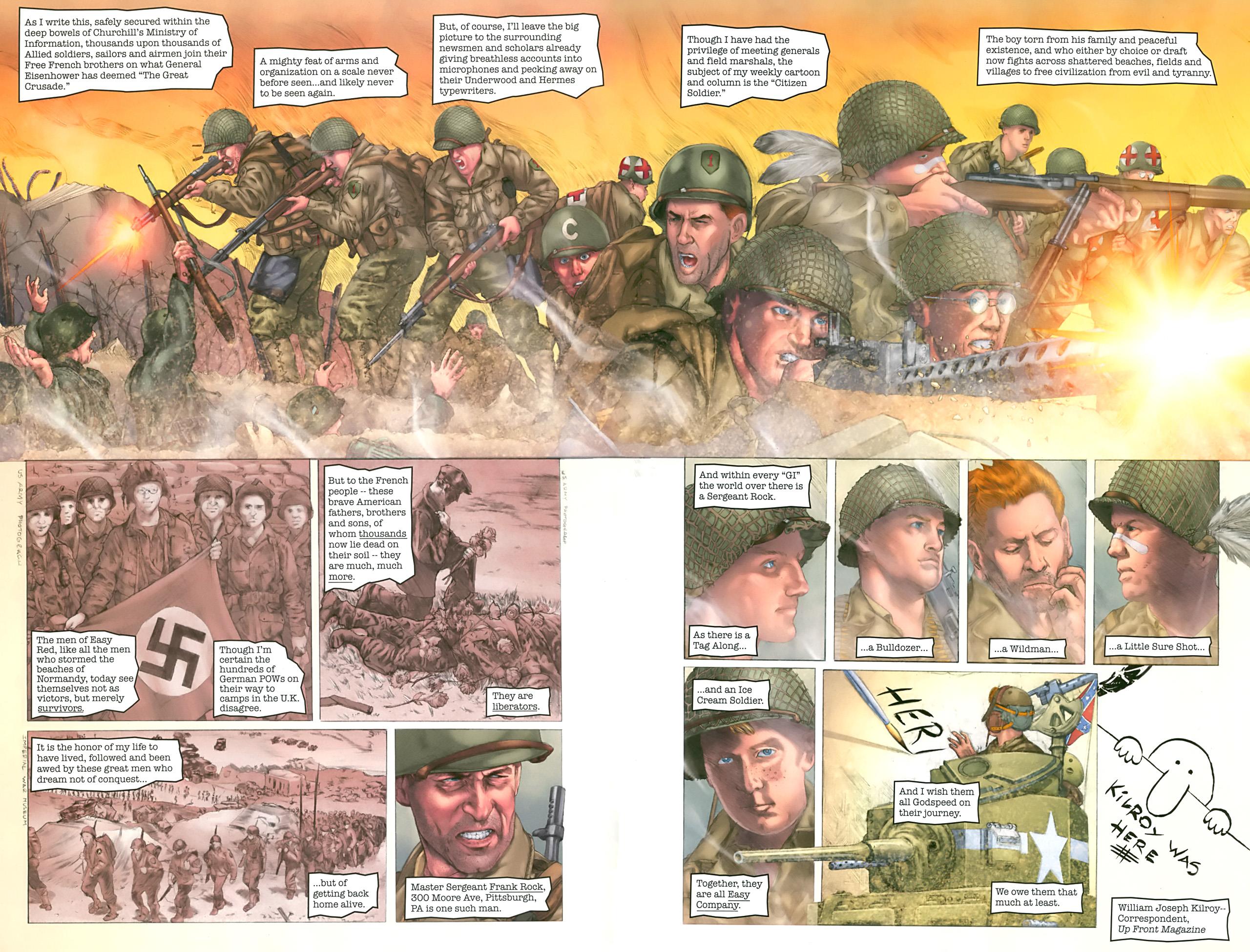 To anyone who read American war comics in the 1960s and 1970s Sgt Rock is indelibly synonymous with the art of Joe Kubert. Billy Tucci acknowledges as much on his opening page where he depicts a Kubert-style pen and ink illustration contrasted with the digitally painted panels he creates for the remainder of Lost Battalion. It’s a viable approach, but one that takes some getting used to. The conceit is that Kubert material was the fiction recounting the exploits of a grizzled veteran Frank Rock in pen and ink, while Tucci presents the real deal, the inspiration.

Tucci begins his story with the 1944 Normandy invasion of mainland Europe, but his presentation fails to convey the sheer terror of the assault, describing it in somewhat florid language (meant to be a magazine article) accompanied by posed panels closing right in on the soldiers. As a well researched description it passes muster, and some of the illustration is first rate, but it doesn’t work as comics storytelling.

In placing Sgt Rock and his troops into actual World War II campaigns Tucci displays detailed research accompanied by an unpleasant American jingoism on occasion. The latter refers mostly to the French, undermining Tucci’s prominent featuring of Nisei, Americans of Japanese descent, in heroic terms in order to rectify a historical omission. The title refers to Rock and company trapped in the Vosges mountains bordering Germany, disconnected from the safety of their own lines and with a crack panzer division on the way intending to teach the invading Americans a lesson. Tucci also involves DC’s other leading war characters the Unknown Soldier, and Jeb Stuart and his haunted tank, and his primary narrative source is war correspondent for Up Front William Killroy, whose dispatches supply the captions. Killroy, of course, was there.

While obviously enthusiastic, Tucci has problems when it comes to displaying the conditions of war. For all the dark colouring and torrents of rain, it’s just too clean. Everyone has the look of having showered and shaved before wandering onto set, and Rock’s stubble more resembles the George Michael designer type than the results of living rough for months. There are many beautifully composed pictures and every chapter contains several memorable images, but they never combine effectively to tell a story. Much the same applies to the script, where Tucci becomes so bogged down in remaining faithful to the battle plans, terminology and vernacular that he forgets this is supposed to be a graphic novel. He’s impressing the few at the cost of alienating the many.

By all means buy this to admire the art, but set expectations low in terms of other content. 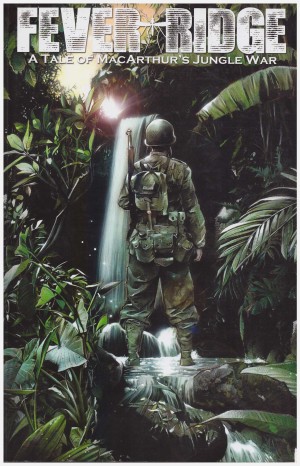