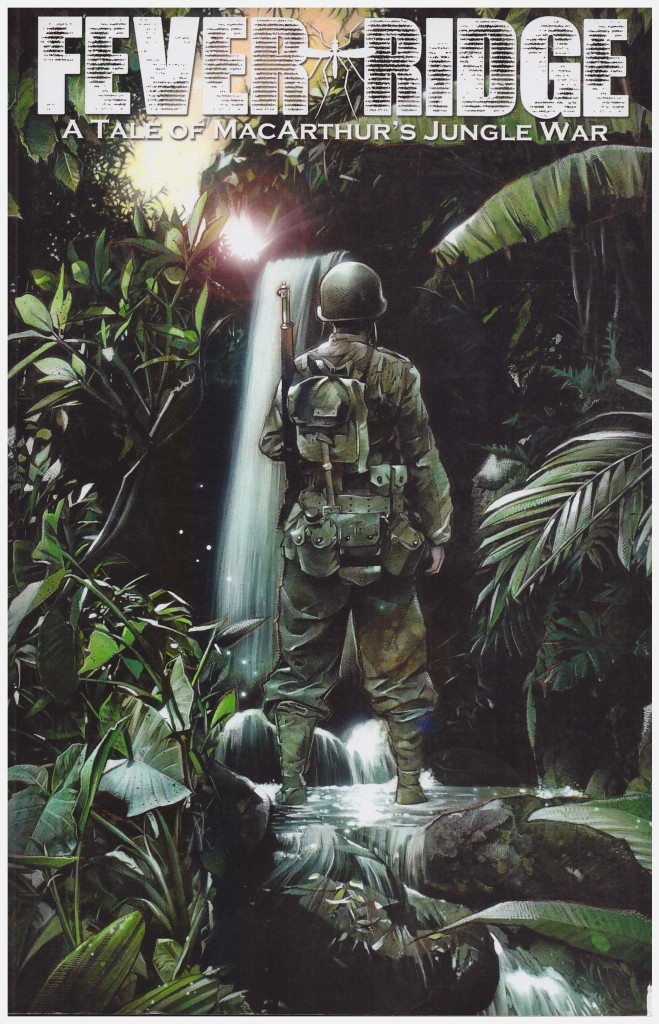 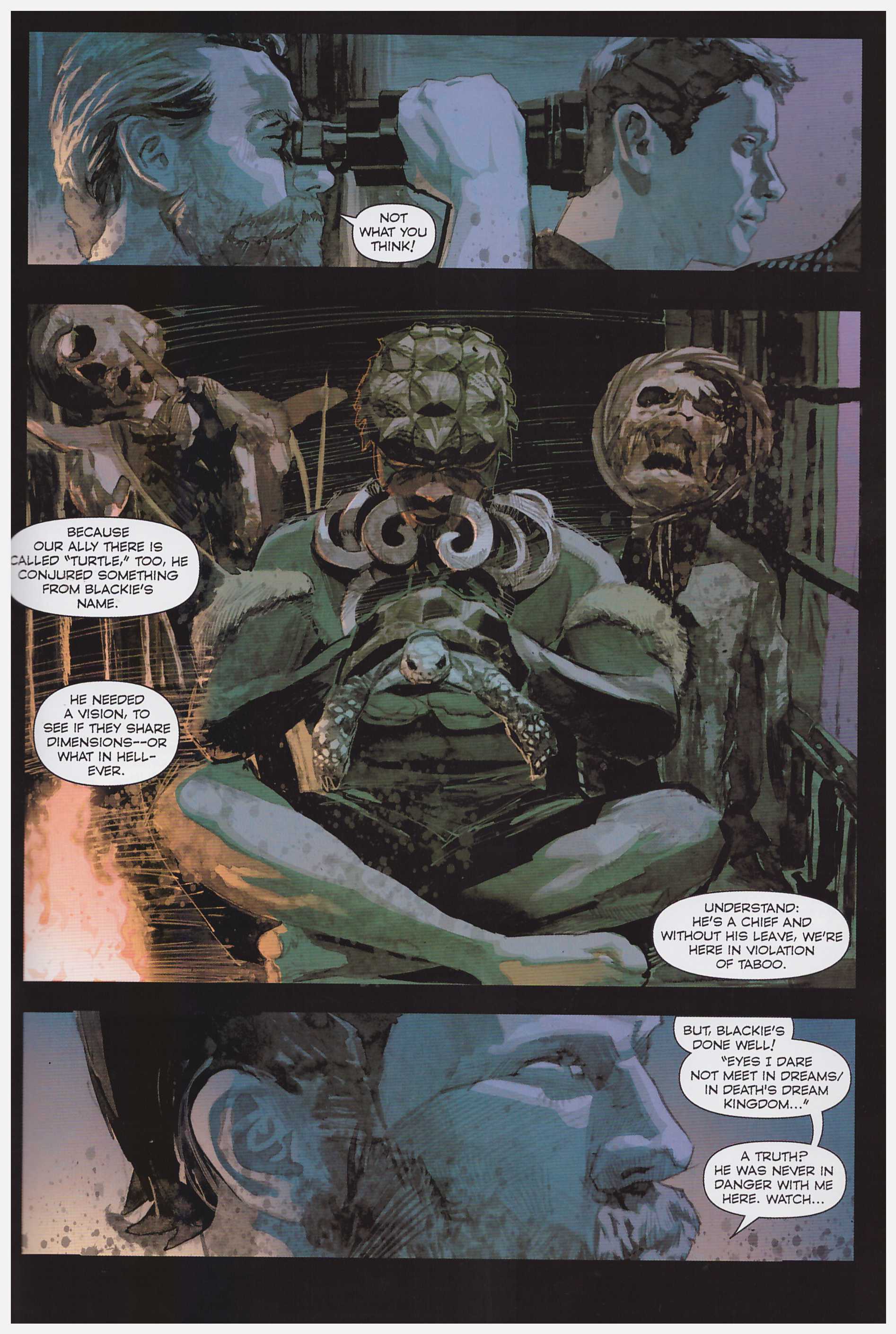 It’s certainly not every war graphic novel that opens with two GI’s in 1944, talking in German discussing how the foundation of all political systems lies in thuggery. It’s an indicator that while this may be a band of brothers war story, Michael Heimos isn’t taking the conventional approach.

That conversation, and the assorted eccentric injuries that prompt it, introduce some of the cast about to be sent to New Guinea, where they immediately discover that they’re not only fighting the Japanese, but local tribes. These literally see the troop influx as new meat.

Heimos is a keen student of military history, and peppers his scripts with background information. So much so, that it forces a choice, as at times Fever Ridge is a lushly illustrated history book. You can accept his method of storytelling as discursive and piecemeal or rail against his lack of narrative discipline, both of which are valid assessments. Those with no patience for Heimos’ approach would be better off with more conventional war material. Anyone buying into it is rewarded with knowledge. A controversial aspect is the admiration Heimos holds for Douglas MacArthur, maverick US general whom history has judged less kindly than contemporary accounts.

Artist Nick Runge is talented, but limited by Heimos’ approach. All too often he’s just there to provide an illustrative underlay to the history lessons Heimos imparts. He does this via portraiture, landscapes, and dynamic photo referenced transportation and hardware, and when there is a combat scene Runge resorts to heroic archetypes of crosshatched soldiers in shadow. Again, this is take it or leave it art. Go with the sometimes startling illustration or bemoan the static cast pictures.

By the time Heimos has completed his detailed introductions of the cast, the history and the prevailing political situation there’s very little time left for any story, most of which is packed into the final third. It’s incomplete, and the following individual comics remain unavailable as a graphic novel. It’s not unreasonable to speculate that by that point Heimos had lost everyone but a small core audience due to his dense methods.

A man who so loves his research as Heimos is going to ensure the explanatory back-up features are generous, and they include artefacts, research photographs, production sketches and even an index. If you’ve got that far these are your reward.