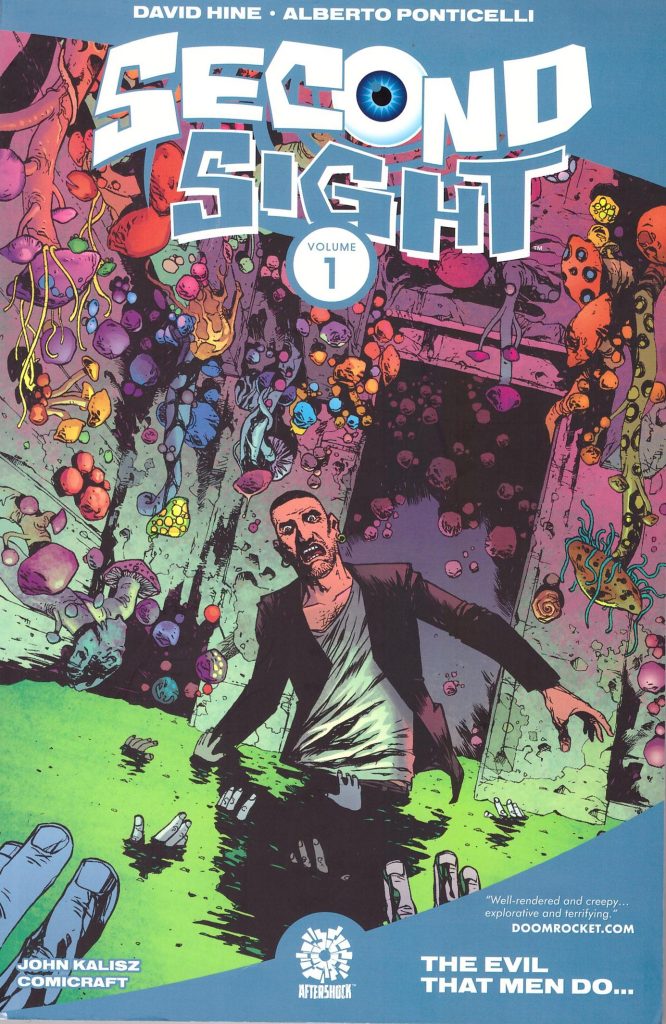 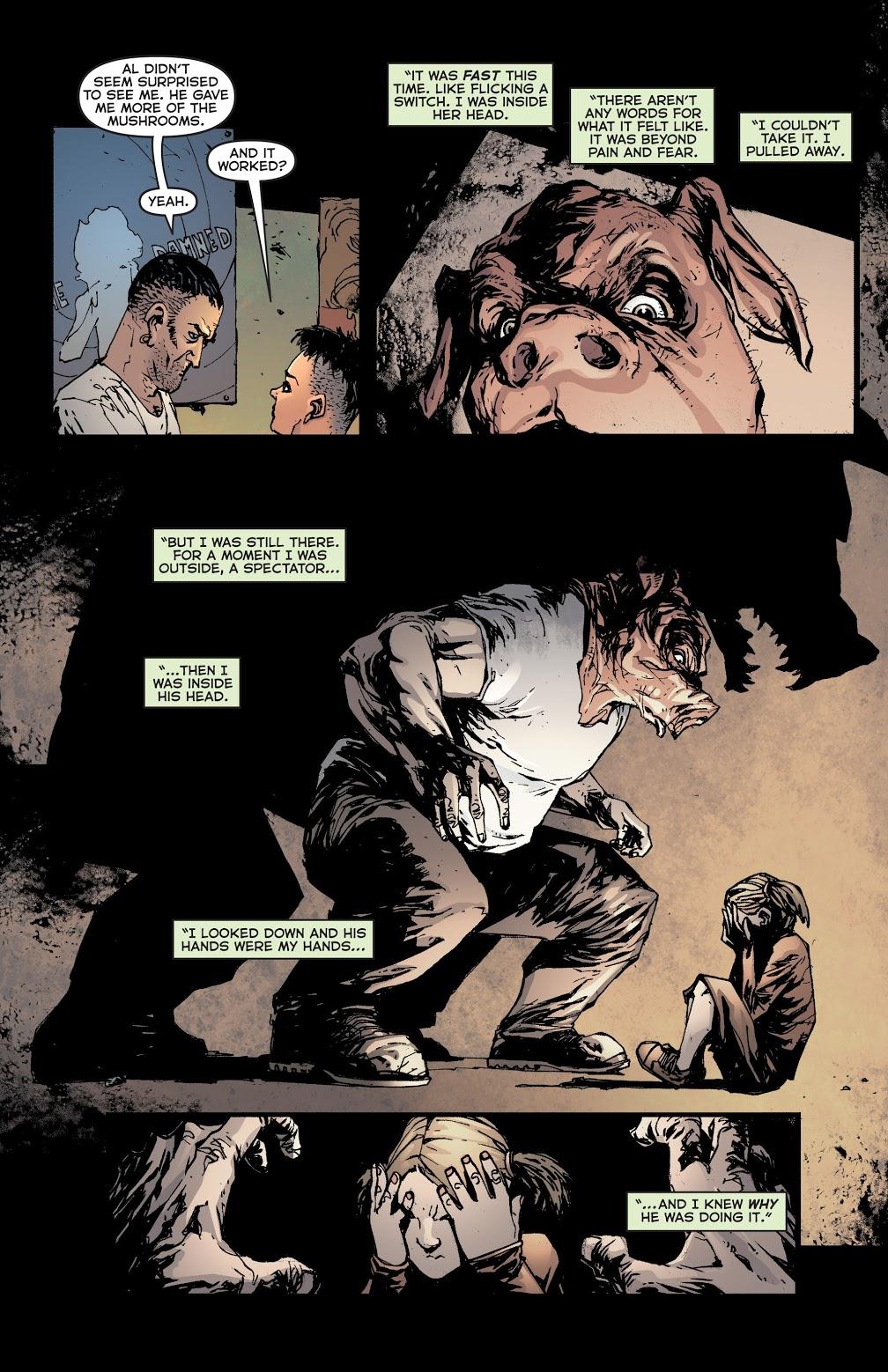 Antiquarian book dealer Ray Pilgrim has psychic talents, the type of remote viewing the CIA spent many years attempting to refine and utilise. Given the right circumstances he’s able to see the world through someone else’s eyes, an ability discovered when from afar he watched someone kill an abducted young boy. He gave the police the details and was arrested for his troubles. Fast forward twenty years and he’s had addiction problems, and split from his partner who eventually took out a court order preventing him contacting their daughter Toni. She’s now running a blog supporting claims that an organisation of the rich and powerful known as the Wednesday Club has been responsible for abusing and murdering children for years. It all ended badly for him before, but Ray’s going to have to step up to the plate again.

David Hine based his background on accusations widely reported in the British press about how a group of the British establishment’s elite abused children in orphanages in the 1970s and 1980s. This was eventually discredited as the ravings of a fantasist, but Hine takes another path, one where a lot of sins need covered up and there’s no compunctions about ensuring people can’t talk. It’s a bleak and depressing world he creates, where the establishment is worth protecting at all costs, their pre-eminence over-riding any concerns of right and wrong.

The plot pushes the right buttons, but this is in a largely predictable pattern following a TV drama template. It’s likely you’ll identify the corpses before they die. However, Hine works up the required sense of outrage, and makes us care for the conflicted cast’s wellbeing, this helped by Alberto Ponticelli’s creations. He’s not on top form either, placing too many heads at odd angles or on elongated necks, but where it counts he comes through, with a memorably haunting beast. He’s looked into the darkness before with Unknown Solider, so a rubber suited threat is well within his imaginative bounds.

It’s strange that Second Sight is so prominently labelled “Volume 1”, when it’s a complete story needing no sequel. Indeed, other than perhaps providing a crowd pleasing conclusion it’s difficult to see the worth of a sequel. While this is neither creator at their best, both stand above the crowd generally, so Second Sight still has its satisfying moments.