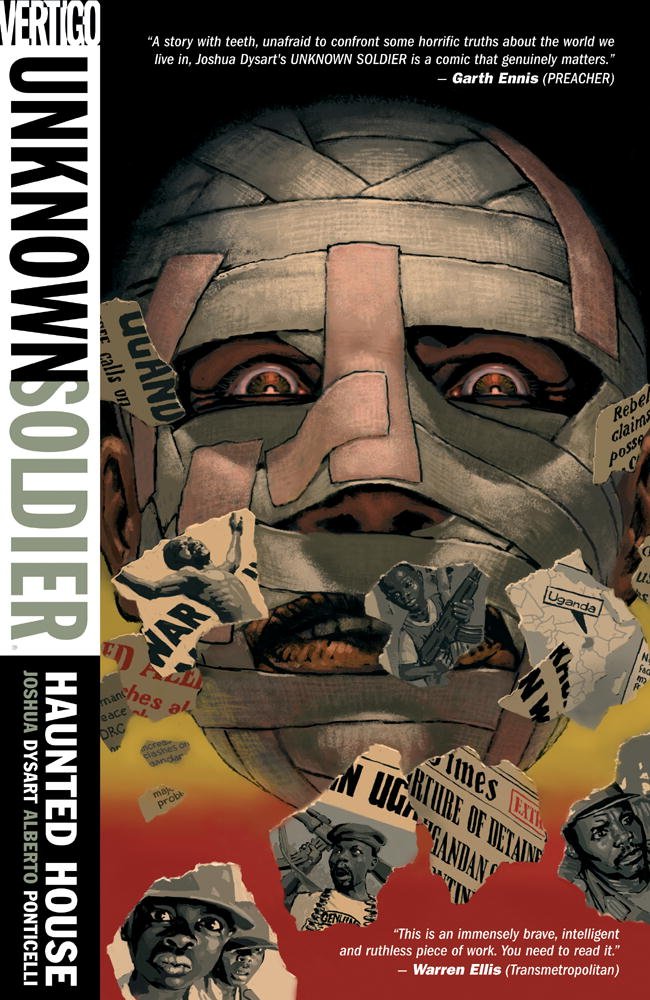 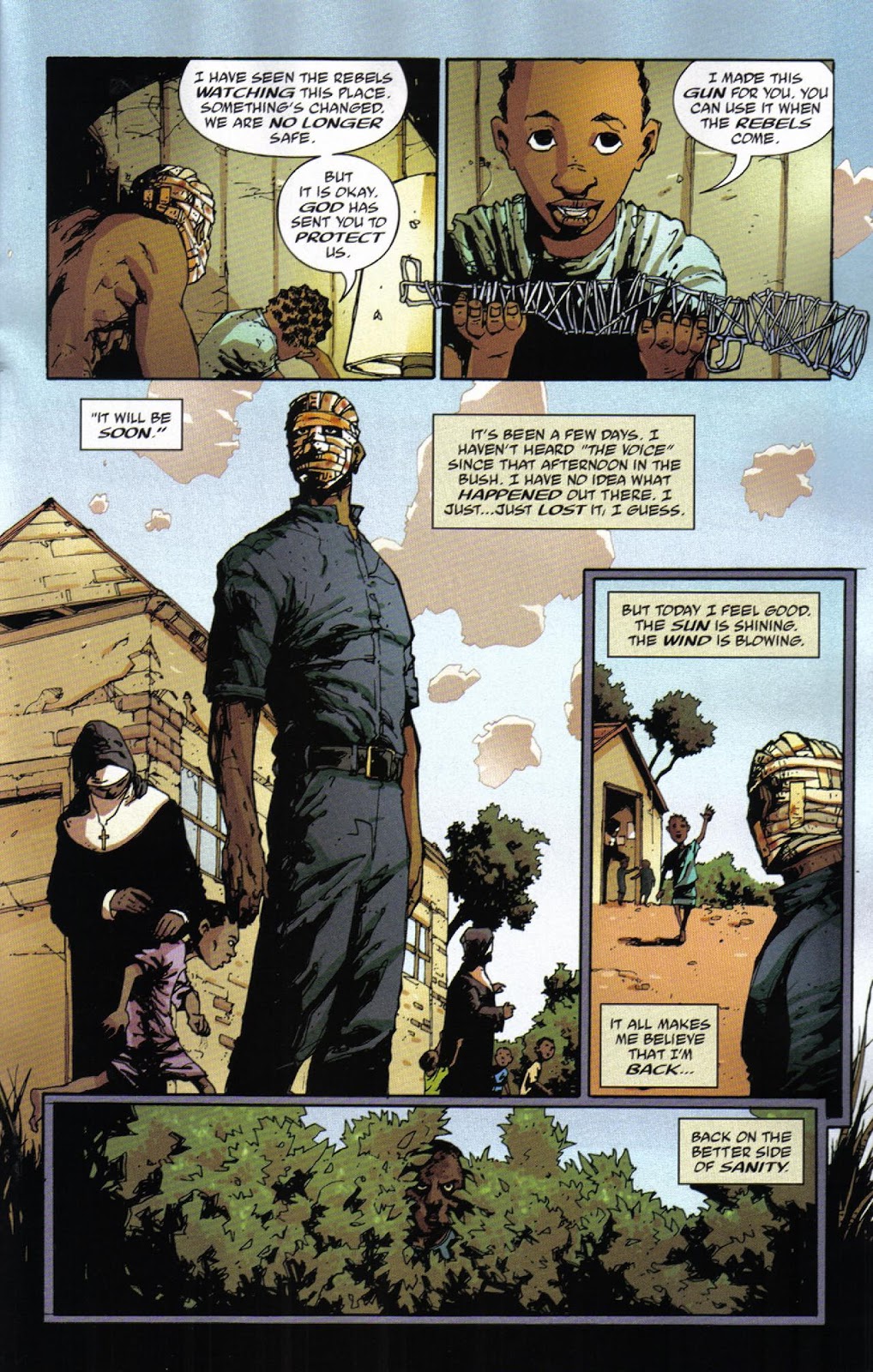 Joshua Dysart packs a lot of relevant information into his opening chapter about the state of Uganda in 2002, and indeed for a long time beforehand. Power struggles, corruption and the disastrous effects of arbitrary borders dating from British colonial times have produced a country where life is cheap and death an expected visitor. Such is the parade of horror casually introduced.

Dr Moses Lwanga returning to the nation where he was born to work in a refugee camp, and the compelling nature of Dysart’s narrative, mean there’s not a point where you consider the expectation is a story about a disguised soldier.

The involvement of the Unknown Soldier is clever, and not seen until the second chapter, by which point Moses and his work in Uganda have become engrossing. For all his good intentions he’s plagued by nightmares in which he reacts with excessive violence to actual everyday situations. He’s further placed in a situation where he learns more of the realities of Uganda than anyone would want to know. More at home in these conditions is Jack Howl, not prominent until halfway through, and, tragically, the Ugandan children used to fight wars.

It must have been very difficult to draw what the script requires, yet Alberto Ponticelli adopts a very matter of fact approach. There’s no lingering, no glorifying. What happens just happens. He also designs a striking Unknown Soldier. He’s based on the earlier version of a man with his head wrapped in bandages, but these bandages are piecemeal, not continuous and it creates a more disturbing visual impression, increased by the constant spots of blood visible on the bandages. Ponticelli generally holds back on explicit horror, but there are places where anything else would be cheating, especially the final few pages, and for these his visions match Dysart’s depressing writing.

For all the good work, the strength of Haunted House is also its weakness. Dysart spares us little his research has uncovered. The barbarity is continually catalogued from the second chapter, hammering home the message that no one side has the moral high ground, because even the people ostensibly acting for the greater good commit atrocities. Haunted House was intended to inform and to make the audience very, very uncomfortable, and on those levels success is achieved, but as was the case for the Ugandan children of the era, there’s no respite from the horror, no quiet moments without imminent danger. It’s not just first world squeamishness to claim some form of contrast beyond vague flashbacks is needed. It’s narratively necessary and it’s not provided.

This is no short term revision by Dysart. His and Ponticelli’s Unknown Soldier continues to operate within the horrors of Uganda in Easy Kill. 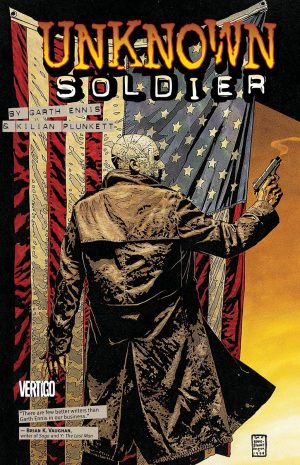