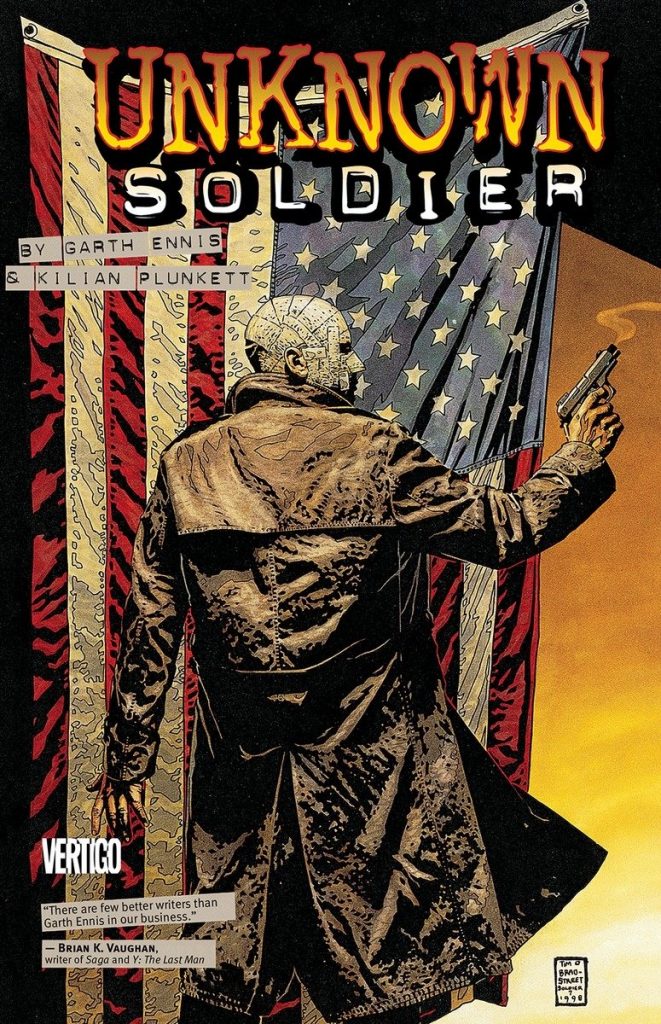 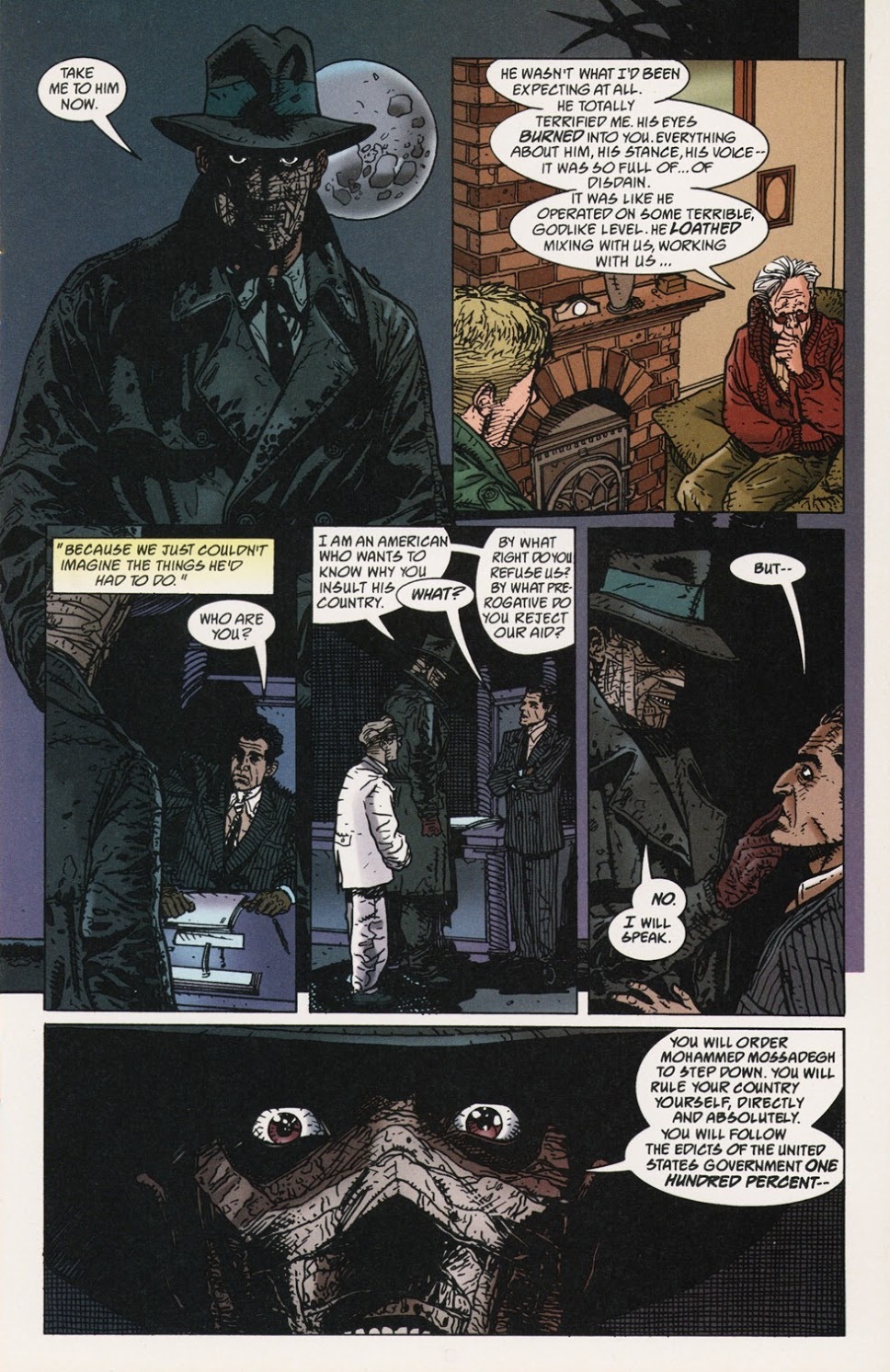 Former Green Beret William Clyde is an American secret agent, with all the patriotism and expertise that entails. Everyone has a line to be drawn, however, and his is the expectation that he was to have murdered two ten year old boys as they witnessed a politically motivated covert assassination. Bawled out for letting them free, he notices a new name on a list of people he’s investigating for another case, and hears a story of an American soldier with his head wrapped in bandages who accompanied troops to Dachau prison camp shortly after it was liberated at the end of World War II.

Garth Ennis’ version of Unknown Soldier is a giant leap away from the previous incarnation. He remains employed by the government, but more in an intimidatory capacity than the hero able to impersonate anyone using latex and hairpieces. The further Clyde digs into the past the more dirt he discovers, and the Unknown Soldier is chest deep in all of it. It’s a catalogue of the USA’s murky involvement in either propping up appalling regimes in the name of US interests or instituting them for similar reasons. Ennis has never been slow to point out what he considers the finer aspects of the USA, Preacher in its entirety being a wistful love letter to that, but this is the opposite. Here the spotlight is on shame, shining on people either indifferent or so consumed by a twisted patriotism that they’ll happily murder dozens to prevent decades old secrets emerging into the light. “Washington wanted results” is justification enough for any atrocity in their eyes. As Clyde’s investigation continues he becomes increasingly isolated, and the question becomes whether having gazed into the abyss he’ll be consumed by it.

A sordid set of recollections requires a similarly indignant artist, and Kilian Plunkett’s pages are suitably dirty and gritty. He creates the claustrophobia of covert encounters, the chaos of war zones, and a great set of adverse weather conditions. When the Unknown Soldier himself finally appears in the present day Plunkett’s version is intimidation personified.

Ennis’ outrage only takes things so far. The way Ennis has to establish Clyde as set upon for his opening sequences, basically a civilian Captain America, works against him as the story continues. The release of a personality wound too tight is what Ennis lands on as a more lighthearted counterpoint to the bleakness of what Clyde learns, but is in its own way its equally bleak, leaving no contrast. The structure demands the Unknown Solider himself is kept almost as covert as his missions, and only comes into his own in the final chapter. Having torn the Unknown Soldier down for three chapters here’s where Ennis intends to reinforce the myth of one man doing his duty making a difference, but the means he uses to do this are clumsy at worst and inelegant at best. “Who are the enemy?” is a question asked near the end. “Those who oppose the American will” is too glib an answer even if intended as the response from some now corrupted beyond redemption. It’s as if Ennis needed to purge conflicting feelings about everything he hated about the USA, and what emerged was this story. He’s a good writer, and in parts this is a good story, but only in parts.