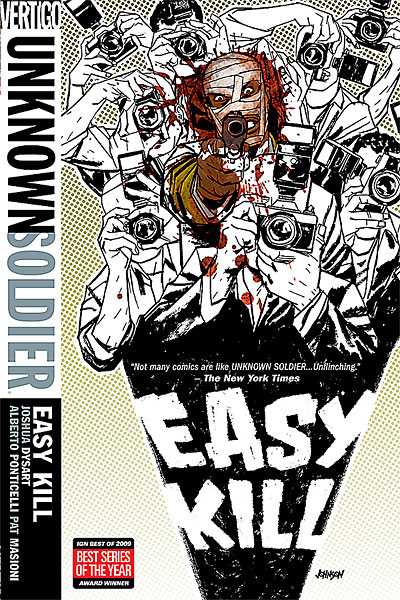 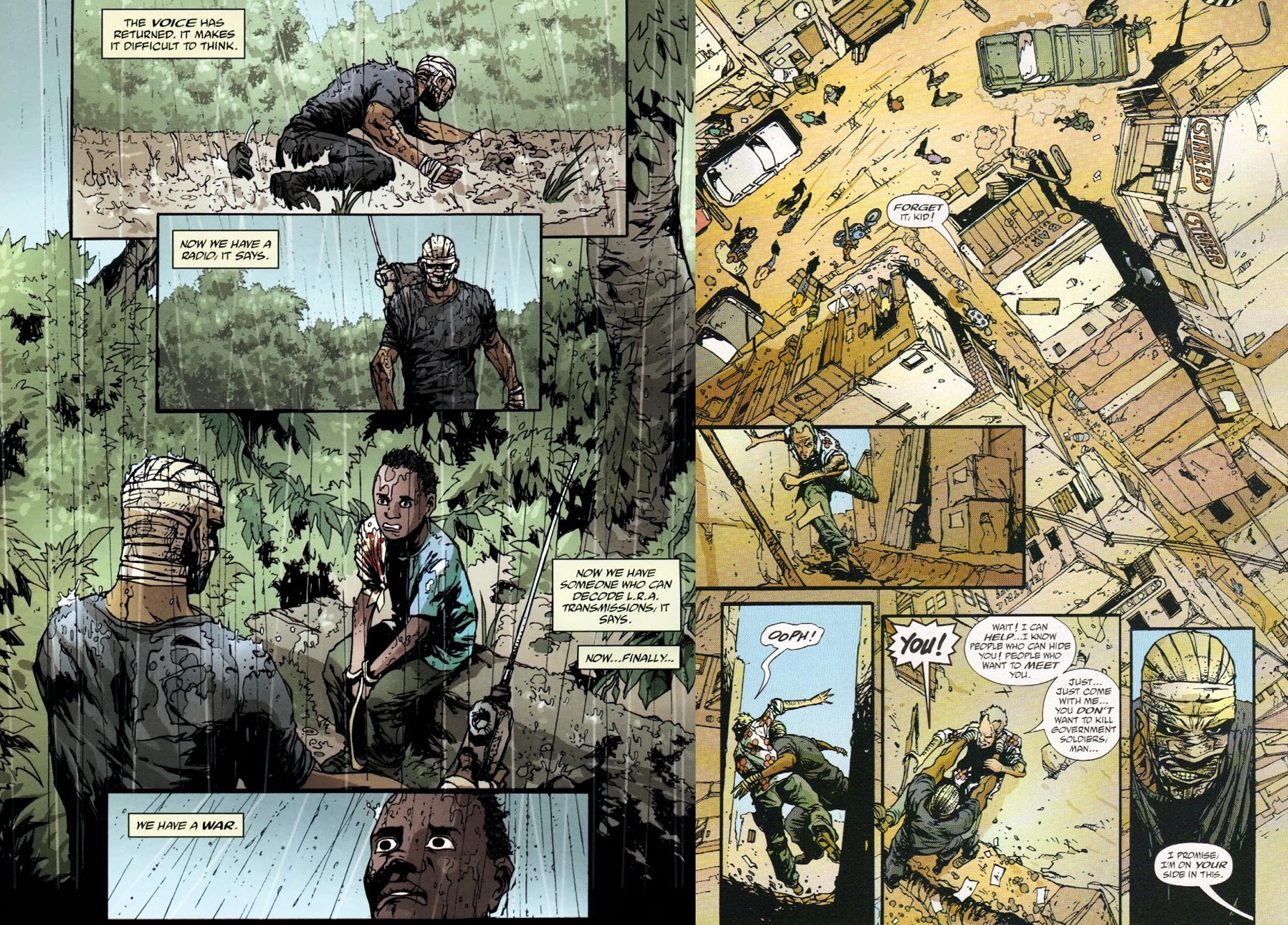 There wasn’t actually much seen of the Unknown Soldier over the slow release plot of Haunted House, which introduced Dr Moses Lwanga, Ugandan by birth, but Harvard educated. He’s well intentioned and dedicated, and in 2002 returned to his birth country as a volunteer medic. While hardly naive, Moses couldn’t have conceived what awaited him, and how it would change him. His face now distinctively bandaged to treat his injuries, Moses has shunned his former life and marriage, his mission now to kill Joseph Kony, leader of an army constructed of frightened children brutalised into killers.

Much of the groundwork laid out in Haunted House pays off here in astonishing ways. Margaret Wells, a globally famous American actress has invested in making life better for Ugandans, not just money, but her own time to draw attention to atrocities. Jack Howl is an ageing, disgraced mercenary with vast experience in Africa who’s sometimes engaged by the CIA, but always follows his own agenda. Both have significant roles in Easy Kill, and writer Joshua Dysart has Moses’ exploits interspersed with a different narrative voice for each chapter, one of them a more surprising return from the past.

Everyone’s presence is stronger for the consistently first rate art of Alberto Ponticelli. He brings people to life, drawing the sum of their experiences in their expressions, and then throws them into the sordid world where almost no-one is stain free. There’s no taking the easy road. Appreciate the viewpoint from which Ponticelli has drawn the right hand sample page, and then consider how many artists with greater reputations would have delivered that scene. Pat Masioni illustrates the final two chapters, and while not quite as textured as Ponticelli, he is no disappointment.

There’s no soft soaping of Uganda’s appalling state in 2002, but neither does this volume have the visceral and relentless grinding of reader’s faces in it. The act of stepping back a little actually provides a more palatable read. As for Moses himself, this is a transformational graphic novel. The residue of his previous persona remains, but he’s now thinking like a soldier and has no qualms about sacrificing some people for what he considers the greater good. Ethical ambivalence is his new state of mind, and that’s nicely underlined by a dream sequence if the idea that he’s hearing voices isn’t enough.

Once the main plot begins to roll out you’ll only be able to see it leading to hell in a handbasket, and sure enough, that’s where it heads. Someone’s surely going to die, and Dysart cranks up the tension very smoothly with that thought. As noted above, he’s also diligent in ensuring everyone has a part to play. The horror of child soldiers was paramount in the first volume, and here they’re coagulated into a single victim, Paul, followed as he relives his earlier life amid a journey to sanctuary. Can he find acceptance and redemption?

It can’t be claimed that Easy Kill is light reading, yet neither is it the full on, wrist-slitting experience of its predecessor, falling into grim action thriller territory, and very effective as such. If you’re of a more sensitive disposition and have heard good things about Dysart and Ponticelli’s Unknown Solider, then it’s easier enough to pick up here and follow on with Dry Season. 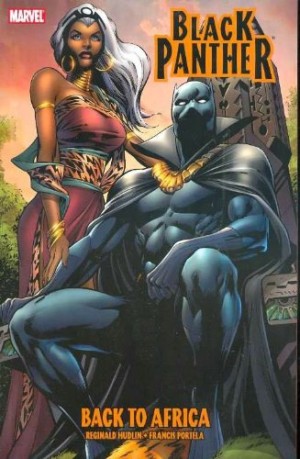