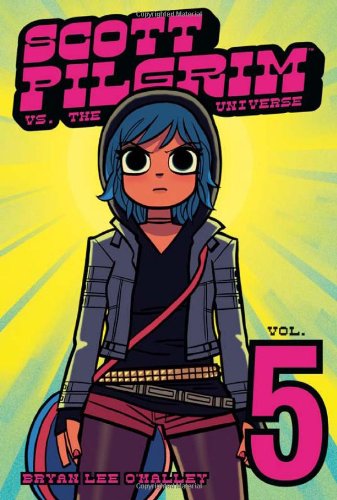 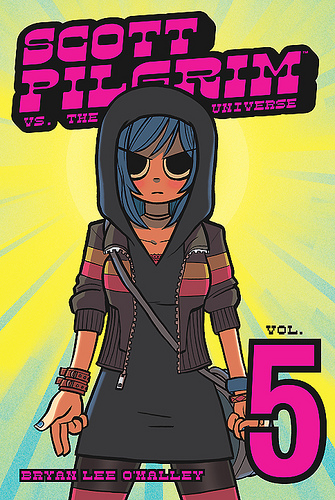 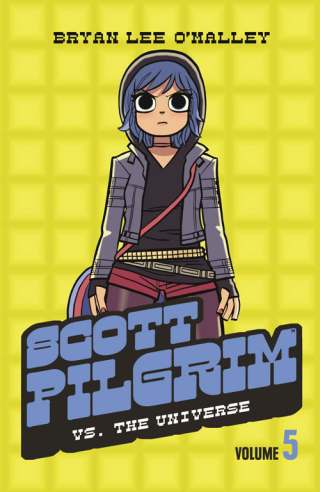 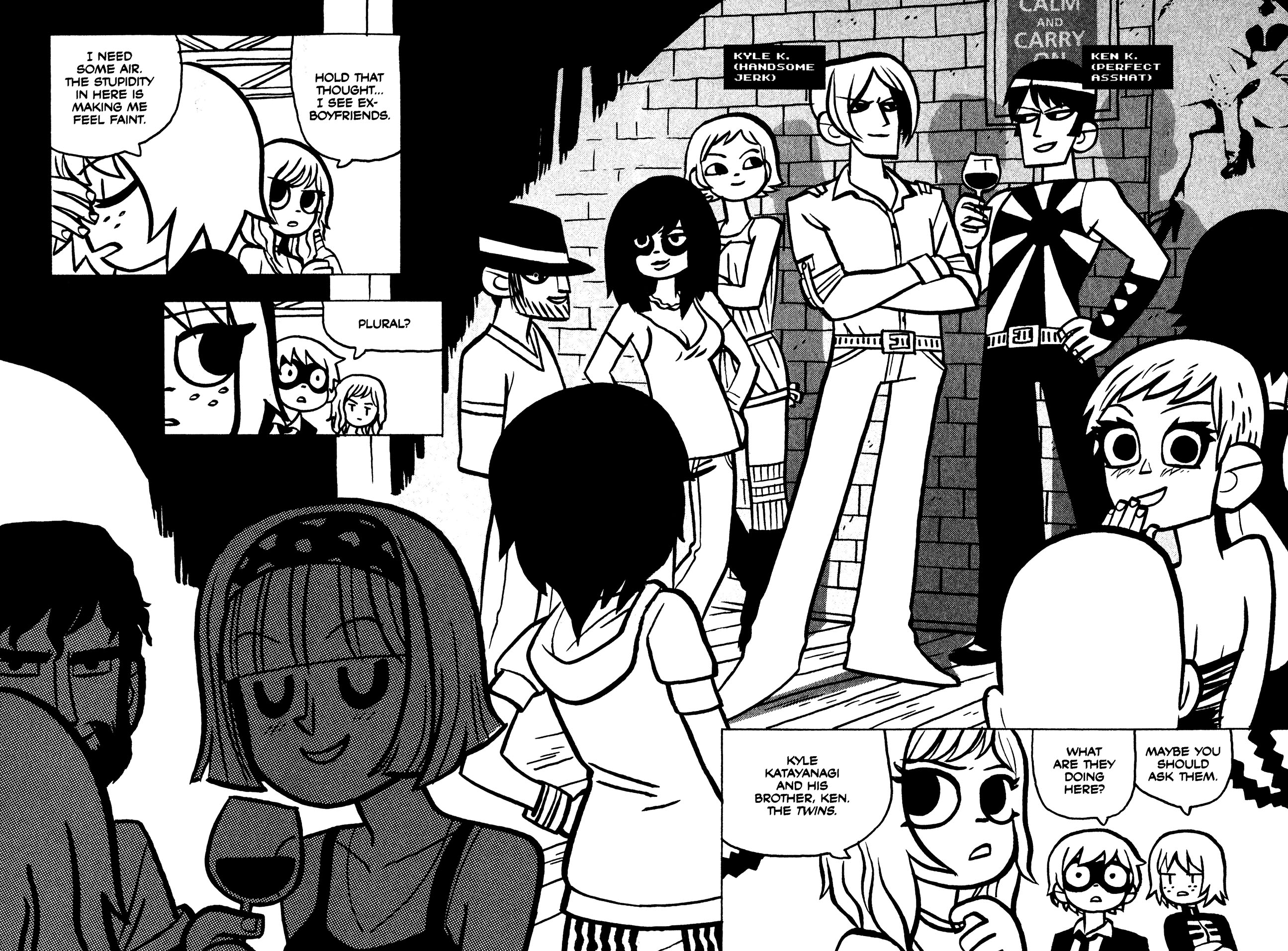 Continuing from Scott Pilgrim Gets it Together, the fifth volume begins with Scott celebrating his 24th birthday. He still has no actual skills apart from his fighting abilities and he’s still somewhat weirdly irritating, but he’s got Ramona, his terrible band has gigs, he has defeated four of her evil ex-boyfriends in videogame-shonen fights and he’s determined to live happily ever after.

His next challenge comes along almost immediately in the form of a pair of Japanese twins, Kyle and Ken Katayanagi who are handsome, smart and sneaky. They send a robot to do their fighting for them in a well-realised and very funny sequence where one of Julie’s parties continues to go on as normal while Scott fights on, almost ignored in a corner of the room. O’Malley’s manga-esque drawing style continues to become more polished and the staging of both his quiet character moments and his action sequences is superbly done, but the similar style of his character’s faces can make for confusion and it is occasionally difficult to tell one character from another.

Bryan Lee O’Malley places the mysteries of Ramona Flowers’ past at the centre of this volume: her ever-changing hair, an external sign of some secret decisions, her glowing head, and her relationship with Gideon, the leader of the League of evil exes, all demand explanation as Scott does his best in his vague way to find out, but invariably the result is more confusion and blurring of boundaries. By the end of this book, everything is squashed under the immense pressure of the upcoming confrontation with Gideon and there’s a great sense of impending doom. It really does feel like Scott Pilgrim is up against The Universe. Is the universe going to win? O’Malley does a great job of making you interested in finding out.

In 2014, Scott Pilgrim vs the Universe was given a deluxe upgrade and reissued in a new hardback edition, larger in size and in full colour throughout. The new colour hardcover also includes 40 pages of extra material featuring tons of original sketches, pin-ups and cover designs for the series, and a look at O’Malley’s process in putting a book together. Readers new to this material may find it a better read than the original black and white softcover version. The series concludes with Scott Pilgrim’s Finest Hour. 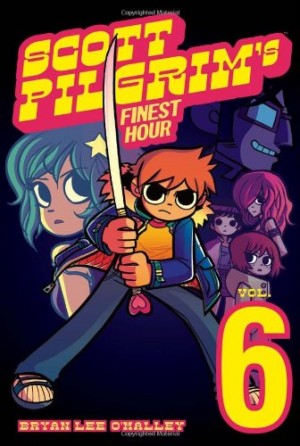 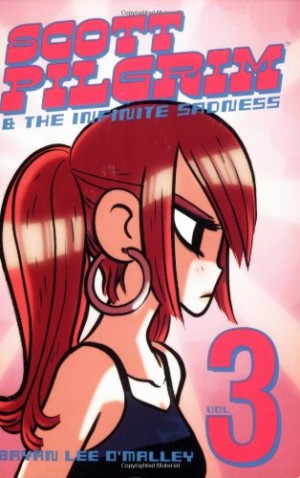