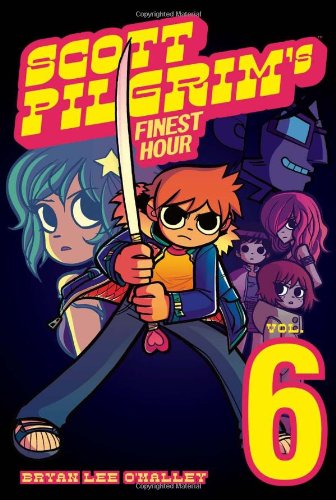 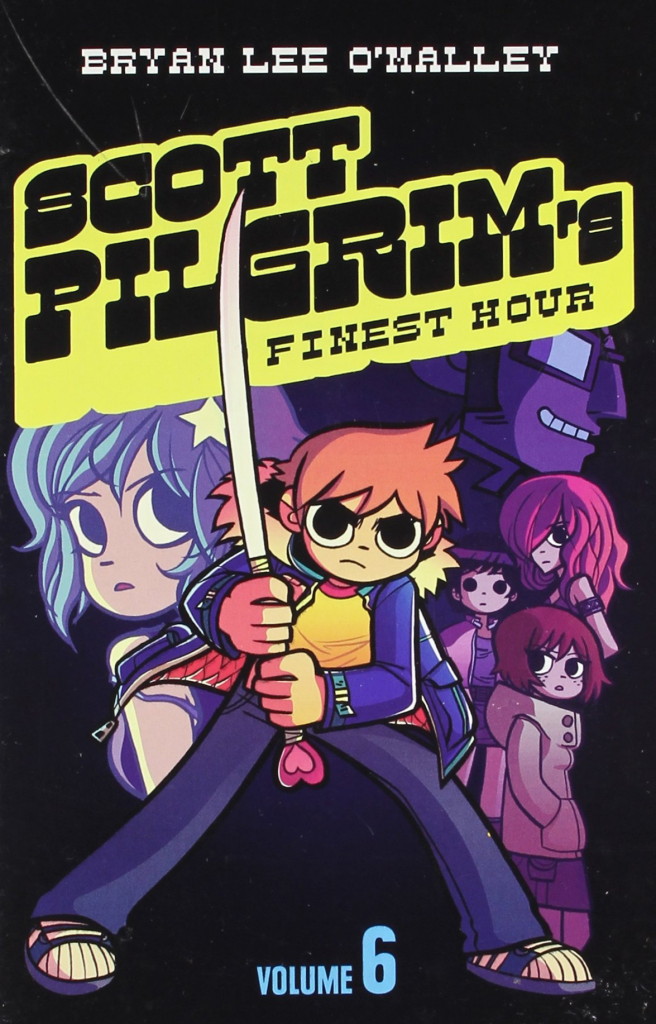 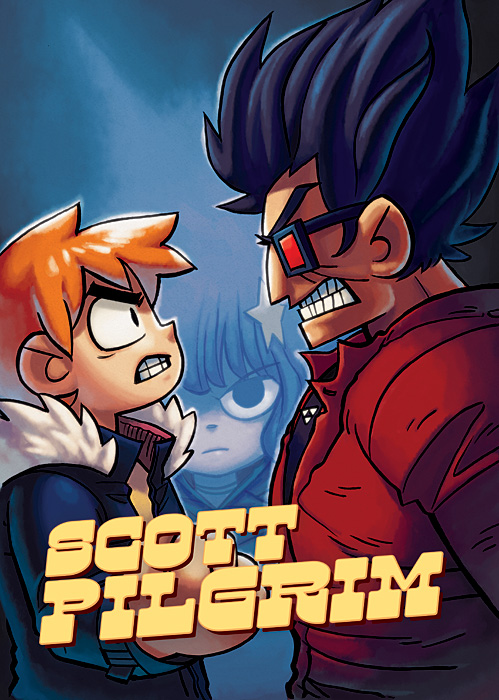 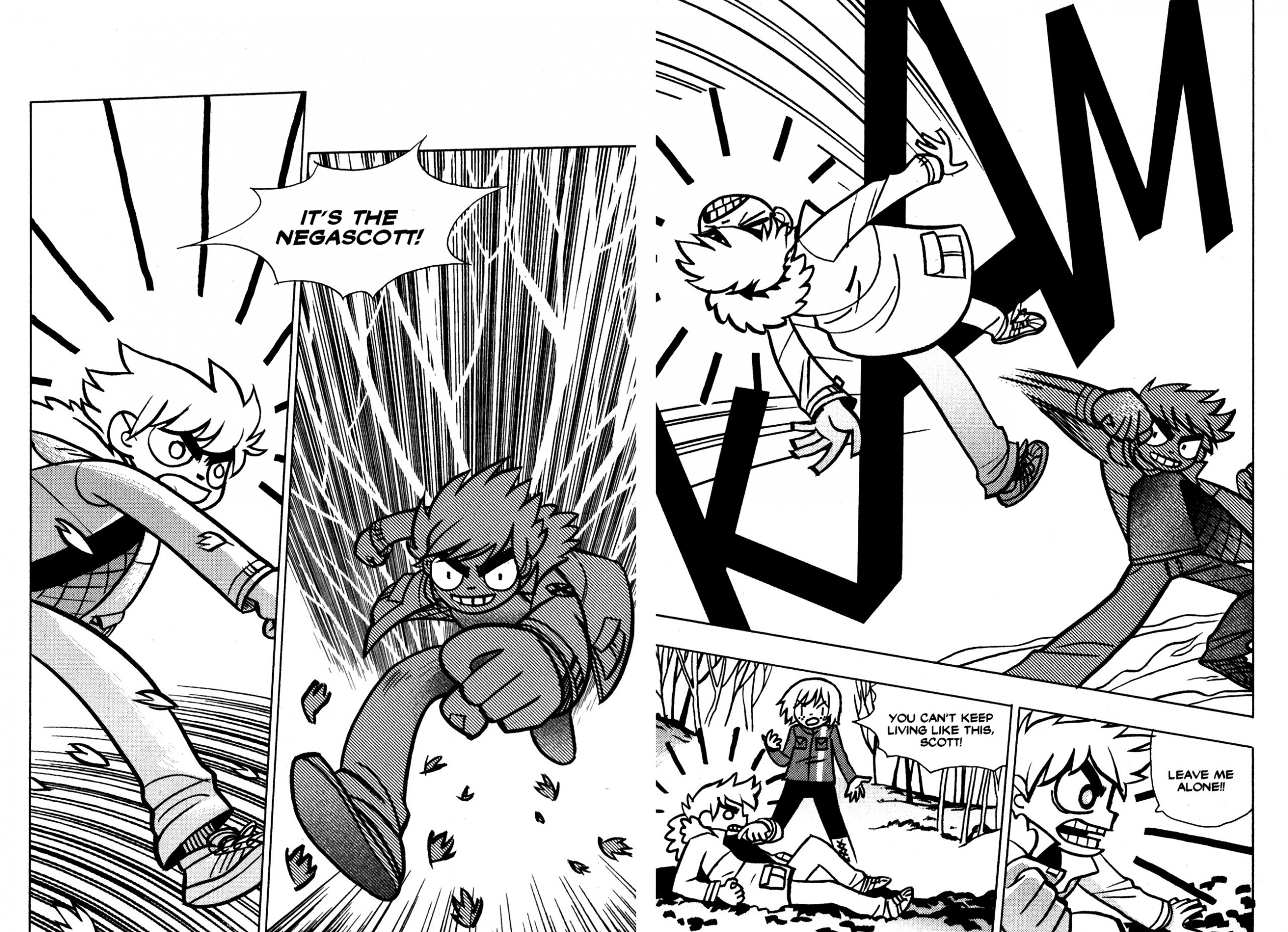 With the sixth and final volume of Bryan Lee O’Malley’s Scott Pilgrim, continuing from Scott Pilgrim vs. the Universe, the series had won an Eisner Award, two Harvey Awards, a Doug Wright Award, a Joe Shuster Award and “Best of” accolades from magazines like Entertainment Weekly and Publisher’s Weekly. And then it was adapted into the movie Scott Pilgrim vs The World. It’s an impressive collection of plaudits and you can see how well deserved they were as O’Malley concludes his megahit videogame, slash magical realism, slacker fight saga in this volume, with Scott facing his final end-of-level Boss in the form of Gideon Graves (“Occupation: asshole”).

Things start quietly with a sombre Scott generally useless at everything without Ramona around, trying to find some relief from the inside of his head with one ex-girlfriend after another. Eventually it becomes clear that he can’t go backwards and the only way to vanquish his problems is actually to face them head-on. This metaphor is somewhat unsubtle as his problems are embodied in a dark doppleganger called NegaScott, but in this videogame shonen fight world it’s the most fitting way to deal with subplots.

It’s the same lesson Ramona needs to learn too, and once they figure it out, the only thing left to do is confront the last evil ex, in a mightily extended showdown. Comparing this book to the first volume clearly shows how much O’Malley has grown and developed as a storyteller. The artwork is really attractive, the layouts are sharply designed and extremely dynamic, the characters are no longer difficult to tell apart and overall it’s a much more polished and stylish package – as it should be for the last book in the series (O’Malley does have some help for all those excellent crowd scenes from two assistants, John Kantz and Aaron Anchetta). There’s a lot of ground to cover plot-wise in this volume as most of the loose ends are tied up and mysteries are unravelled. You will have to read this book more than once to catch all the information, including the reason why Scott is so flaky and has such a terrible memory (hint: it’s something to do with subspace).

The ending of this series plays out quite differently than the film version, but the somewhat more open-ended nature of the resolution seems fitting to the tone of ‘whatever’ that O’Malley established right at the beginning. Everyone has evolved a little bit, and while the ending might seem a little abrupt, it works very well.

In 2015, Scott Pilgrim’s Finest Hour was given a deluxe upgrade and reissued in a new hardback edition, larger in size and in full colour throughout. The new colour hardcover also includes forty pages of extras featuring original sketches and designs for the series. Readers new to this material may find it more appealing than the original black and white softcover version.