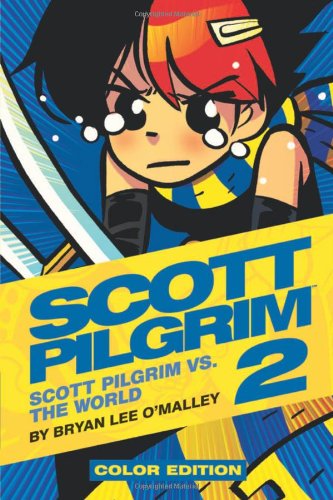 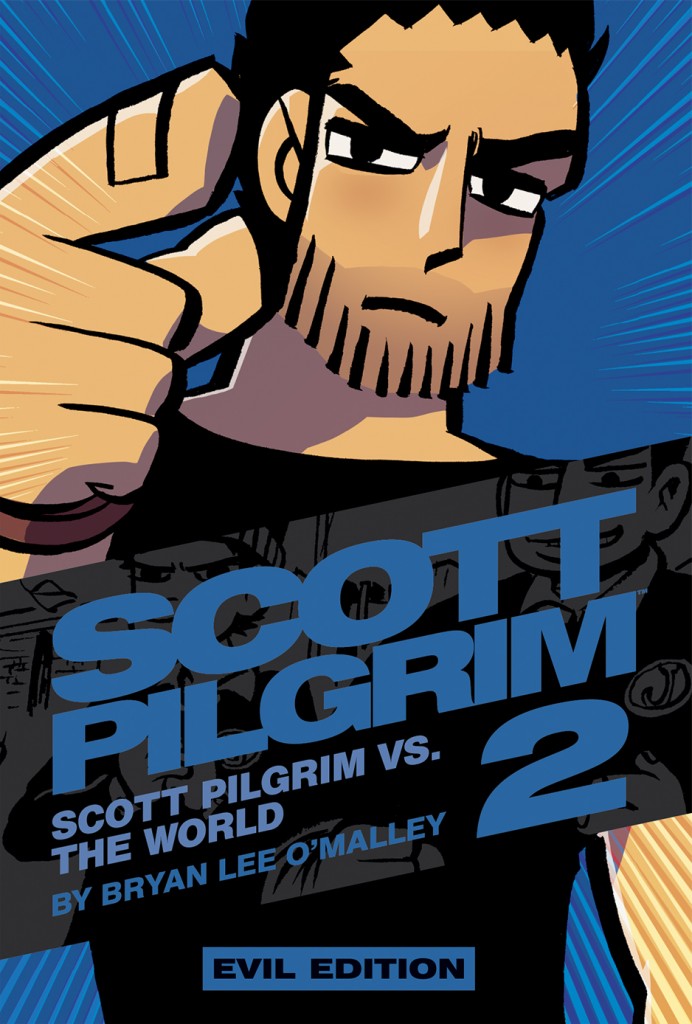 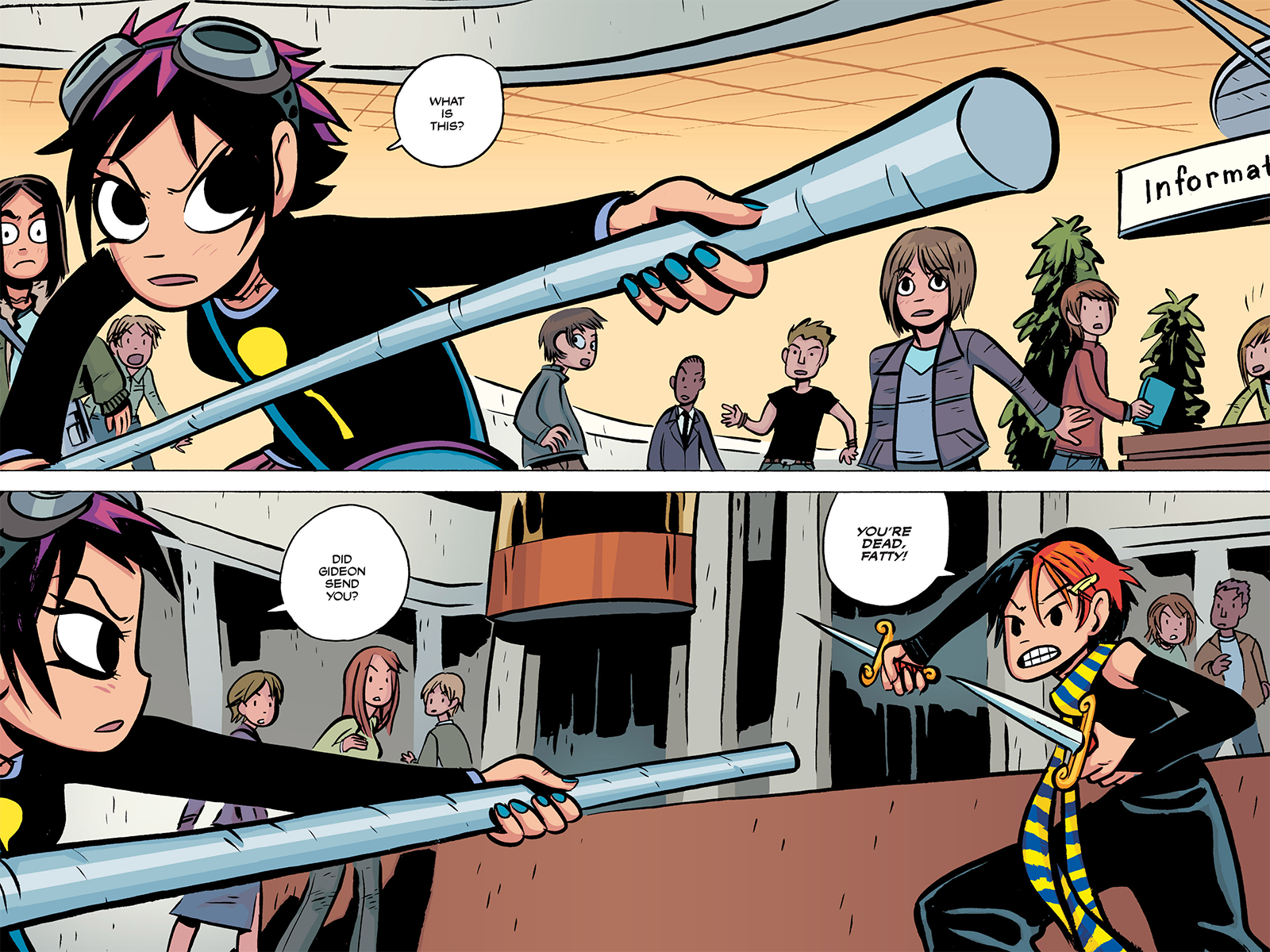 Volume two of the reissued Bryan Lee O’Malley’s Scott Pilgrim series, Scott Pilgrim Color Hardcover Volume 2: Scott Pilgrim vs. The World is, as the title says, now in full colour throughout. As was volume one, Scott Pilgrim’s Precious Little World. The new editions of this fan-favourite, videogame/romance/fight saga have been coloured with great flair by Nathan Fairbairn, working closely with O’Malley who has tweaked some of the art and rewritten a few jokes to take advantage of the new format. With the bigger page size, whiter paper and vibrant colours, the formerly black and white material takes on a different vibe and becomes a much more vivid experience. The colour also really helps with some of the awkwardness in O’Malley’s storytelling, with all the characters now more clearly defined and easy to tell apart.

Scott has defeated the first of Ramona’s exes and begun dating her, which makes for a very awkward break-up with Knives who doesn’t take it well. The slacker hero is too distracted and busy to notice because his next face-off with the League of Ramona’s Ex-boyfriends arrives in the form of Hollywood megastar and skateboard legend Lucas Lee. And he’s not the only famous person to arrive on the scene. Scott also has to deal with his ex-girlfriend and former bandmate Envy Adams, who is now a hugely successful frontwoman with her band, The Clash at Demonhead. Bryan Lee O’Malley’s funny dialogue and twisty-turny plotting keeps all the complications amusingly piling up and the half-baked, utterly random Scott somehow gets through them, in some fun ways.

The new colour hardcover also includes 22 pages of extra material, from O’Malley’s previously unpublished original sketches and designs for the series, to an 8-page strip called Monica Beetle, drawn for an anthology that is long out of print. If you’re already a fan of Scott Pilgrim then the colorised versions of these books will allow you to read them all over again in a new way. If you haven’t read it before, this is the best way to start. These hardcover editions are not much more expensive than the original black and white softcovers, but with the colour, increased size, whiter paper and all the extras, these are the definitive way to experience this series. Next is Scott Pilgrim & the Infinite Sadness.