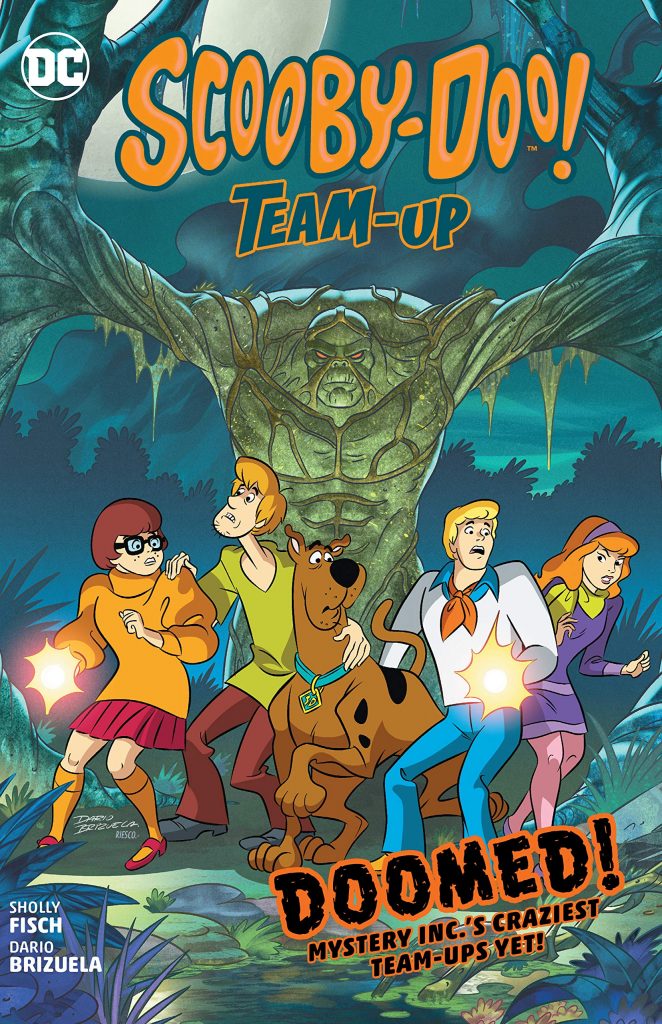 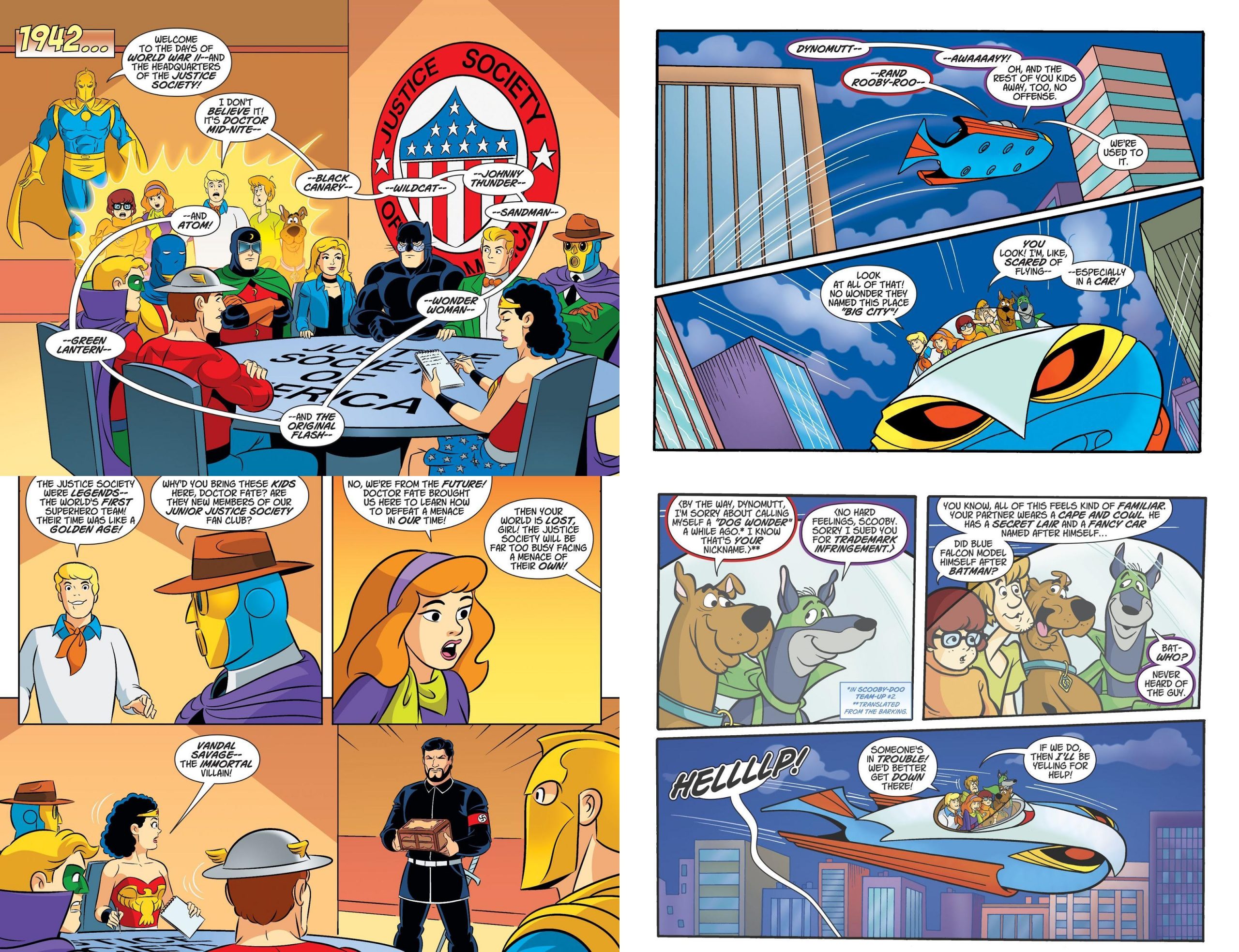 After six graphic novels DC have changed their labelling system, so this isn’t volume 7, but Doomed! Those previous collections range from very good to excellent, why does Scooby-Doo Team-Up still fly under the radar of so many people who’d surely enjoy it? Is it because it originates as a web strip ostensibly aimed at younger readers, and as such beneath the notice of serious fans? That’s wild speculation, but there must be some reason why Sholly Fisch’s continuously inventive, charming and funny scripts and Dario Brizuela’s fine cartooning don’t attract the volume of positive comment they should.

Fisch sets his plots up beautifully and they play out like a fine tuned mechanism, each piece slotting so perfectly into place from the foreshadowing, with the opening Supergirl story as a great example. Readers may think they’ve spotted the flaw early, but Fisch is better than that, as it’s been deliberately placed to toy with the smug, but elements needed later on are just slipped by. What’s also noteworthy is the different ways he plays with the basic Scooby-Doo schtick of supposed ghosts being revealed as tricks. He’s moved well beyond “… and I’d have succeeded if not for those meddling kids” territory. Knowing comments are liberally scattered, particularly with regard to the Blue Falcon’s similarity to Batman, while they extend to the visuals also, Brizuela providing his own version of an iconic Justice Society of America image in the sample art. Within the limited page count of that adventure Fisch not only manages to split the cast into smaller teams for separate adventures, just like in the 1940s JSA stories, but also manages to slip in some comments regarding the period’s persecution just as relevant now.

This is another volume that sifts appearances from Hanna Barbera cartoon characters between the DC superheroes, and as has been the case in previous mixed team-ups, Brizuela handles the DC superheroes while others step in for the Hanna Barbera characters. Walter Carzon and Scott Jeralds illustrate Dynomutt and the Ant Hill Mob respectively, with the cartooning universally good. To be really picky, Brizuela’s Swamp Thing doesn’t entirely convey the character, but it’s deliberately simplified to a less scary version for the younger audience.

Fisch always manages to hone in on the classic iteration of the guest stars, although with Supergirl that’s a more subjective choice, and always offers a knowing line or scene. It makes selecting a favourite very difficult, but the loving pastiche of Penelope Pitstop, the ridiculous villainy of the Hooded Claw and the utterly adorable Ant Hill Mob edge it for this reviewer. So far not mentioned is the uniting of DC’s ape characters – you won’t believe how many there are – and the 1960s version of the Doom Patrol, although good use is made of the 1990s cast as well. As ever, it’s been a delight.