Sandman Mystery Theatre: The Hourman and The Python 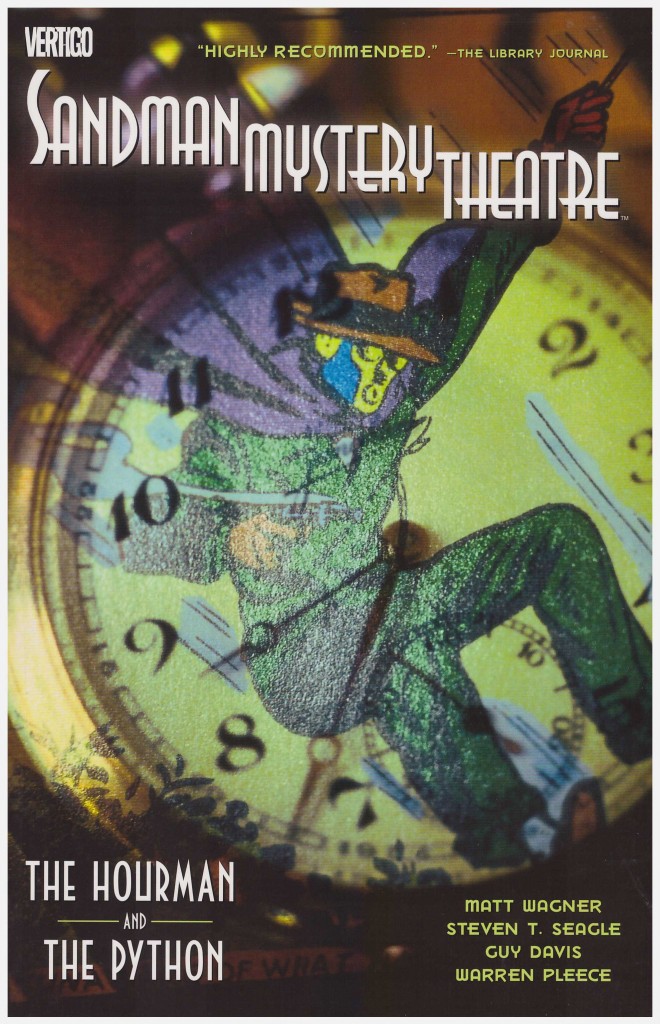 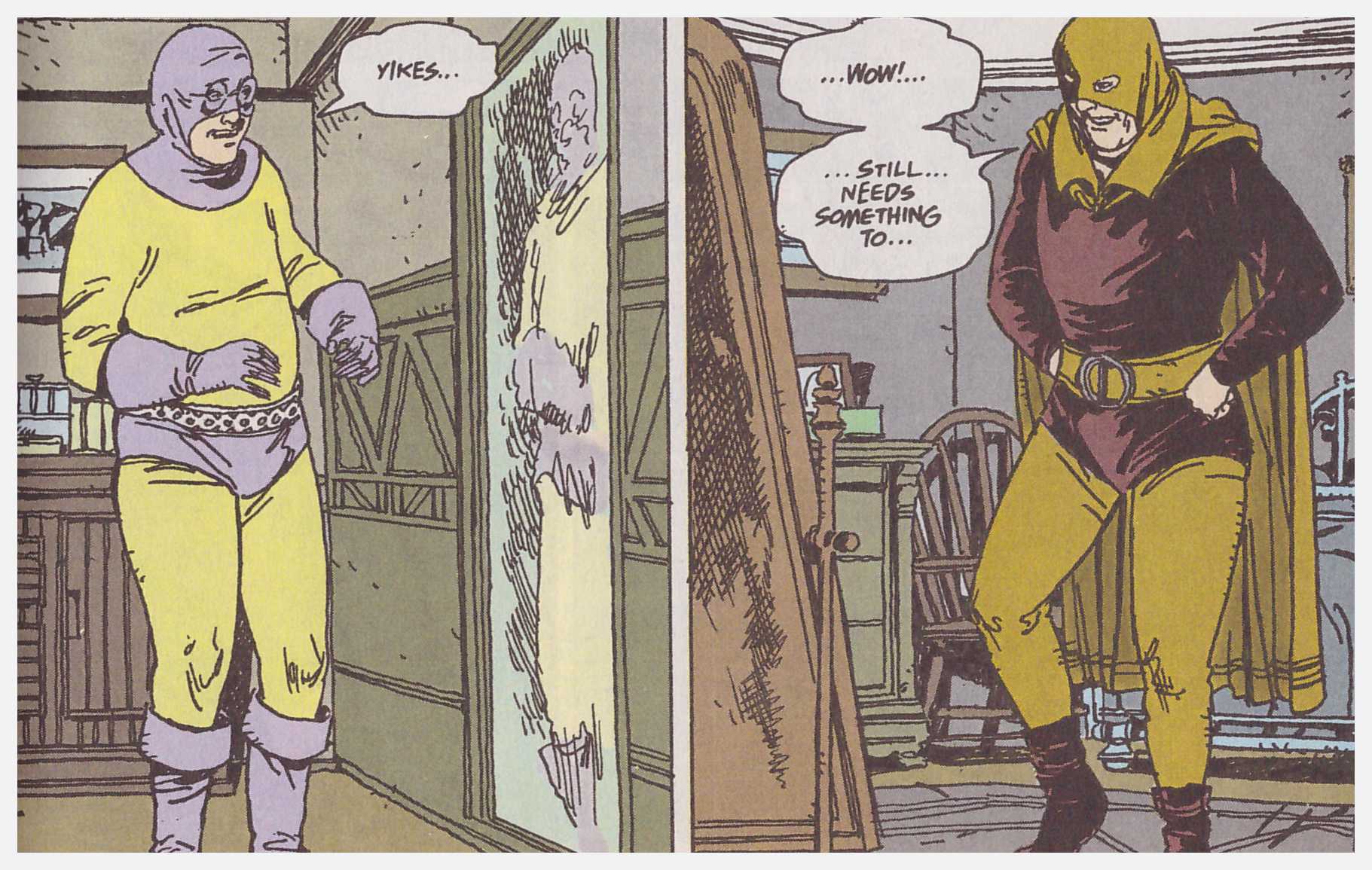 An element that shifts into focus during the first sequence of The Hourman and the Python is how Wesley Dodds was pretty well alone when it came to costumed crime-fighting, operating in a vacuum largely unsullied by other heroes. It’s Christmas 1938 as the story opens, and a pre-costume Rex Tyler has already developed the pill that endows him with enhanced speed, strength and durability for an hour. His heart in the right place, he’s disguising his identity with shades, a scarf and a long coat, advertising his services to help out via newspaper small ad and PO box.

Hourman’s appearance is a change of pace story, with the primary villain no more than a thug, albeit with the delusion of grandeur to refer to himself in the third person. The finale occurs at a costume party, with Matt Wagner and Steven T. Seagle deftly setting up the prototype versions of two later more recognisable outfits. With Guy Davis stunning on the art, it’s an engaging first meeting between two later crime fighting colleagues, with all the awkwardness that entails.

It’s not the fault of fill-in artist Warren Pleece that ‘The Python’ is one of the weaker stories to feature in Sandman Mystery Theatre. He delivers his end merging his own distinctive stark contrasting style with the storytelling associated with the title. No, it’s down to Wagner and Seagle who in a rare lapse of subtlety rather telegraph the culprit via the victims murdered and the choice of focus for the sub-plot. The remainder of the story sees the forthcoming war in Europe given increased prominence and Dian coming to a decision. The next volume is titled The Mist and The Phantom of the Fair.