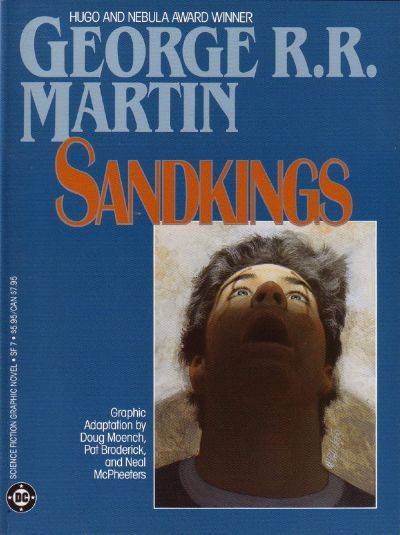 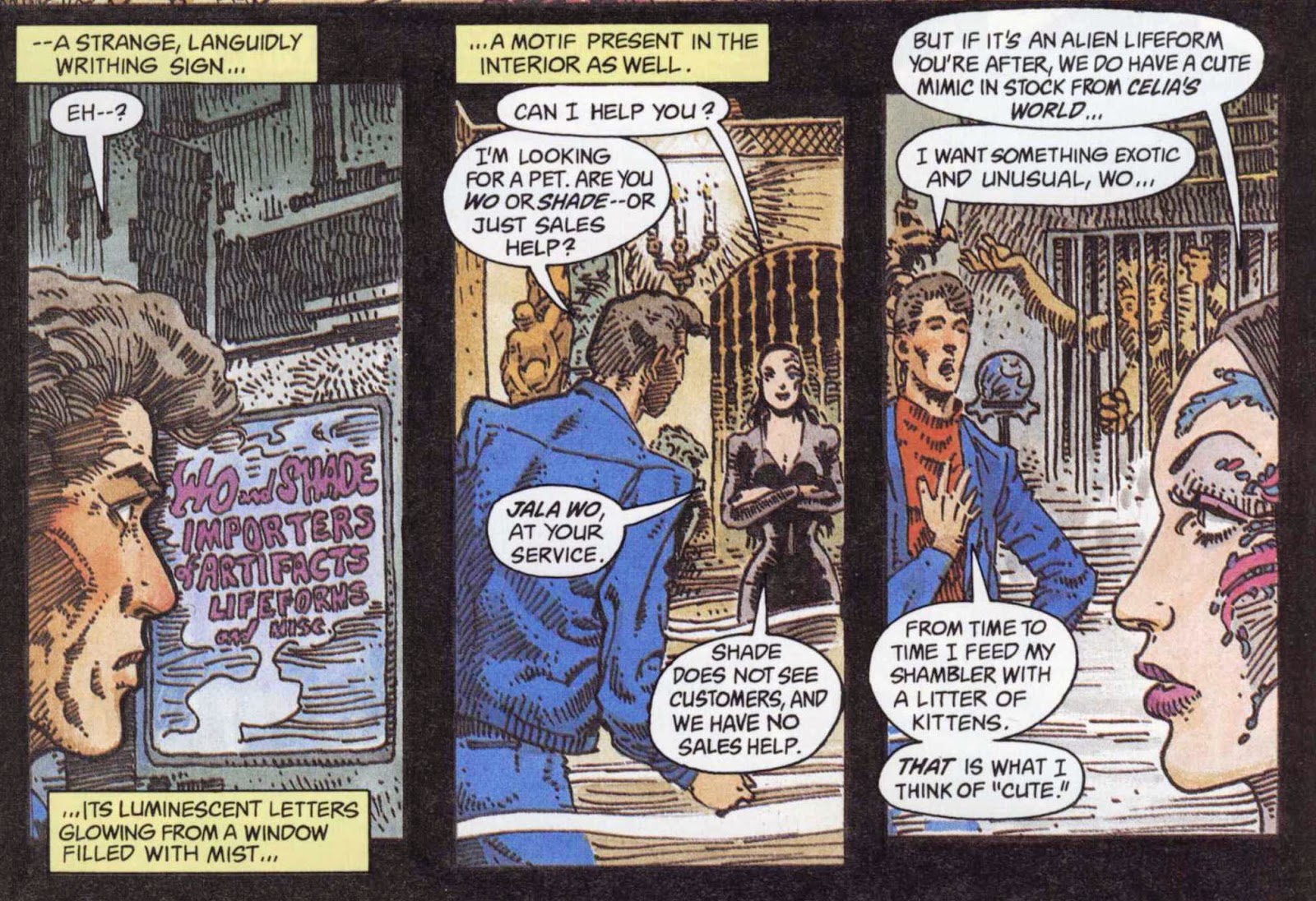 This macabre and compelling novelette by George R.R. Martin was first published in the August 1979 issue of Omni Magazine and has won a bunch of literary glittering prizes including the Hugo, Nebula and Locus Poll Awards. In 1995 it was rather harshly re-imagined as the debut episode of the relaunched TV anthology series The Outer Limits, premiering on 26 March: a terrifying parable of cruelty and obsession. Good as it was, this version pales into insignificance when compared to the prose original’s tone and setting, which adaptors Doug Moench, artist Pat Broderick, painter/colourist Neal McPheeters scrupulously adhered to here.

Simon Kress is a playboy, businessman, collector of alien animals, the planet Baldur’s most affluent closet sadist and fascinated by animals. Not the cute, cuddly, unconditional love sort, but rather the kinds that rip and claw and eat each other. Returning from a trip he finds that his Earth Piranha had done just that, and his carrion hawk was gone too. Only his Shambler was still alive. His biggest regret was missing all the action. He stumbles upon the strange emporium of traders Wo and Shade, and discovers the bizarre hive-mind arthropods dubbed Sandkings. Like ant colonies these creatures build homes and make war upon each other in a perpetual dance of resource redistribution. Their glass tank housed four queens or “Maws” who will produce colour-coded warriors to fight and drones to build beautiful hive-castles. To better produce new “citizens” the Maws can and will eat anything. The creatures also possess a rudimentary telepathy, enough to assess the power of their owner, and reshape their environment to reflect and venerate his appearance. Relentless, creative killers that will worship him… how could any arrogant sociopath resist?

Soon the creatures are the toast of the playboy’s dissolute cronies. Parties where Kress’ debauched friends pit their pets against the Sandkings become legendary, and nothing can stand up to them: not Shamblers, Silver Snakes, Sand Spiders… No organic creature can survive long once it encroaches on their territory, since when not battling each other the creatures join forces to destroy any intruder. As the colonies increase in size, so necessarily does their tank. As the playboy sinks further into cruel depravity, his sickened girlfriend protests, and the Sandkings escape, requiring Kress to cover his tracks, and that’s where the story really begins.

This chilling adaptation is comfortably traditional in its delivery, fully allowing the story to shine. The often inconsistent Broderick was on top form for this chilling cautionary tale of pride and human vice, perfectly augmented by the subtle tones of McPheeters whilst Moench’s idiosyncratic writing style is perfectly harnessed to catalogue the descent of Simon Kress.