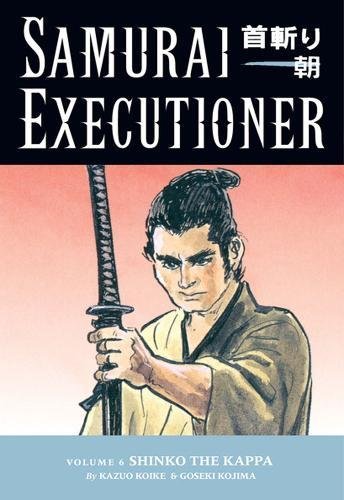 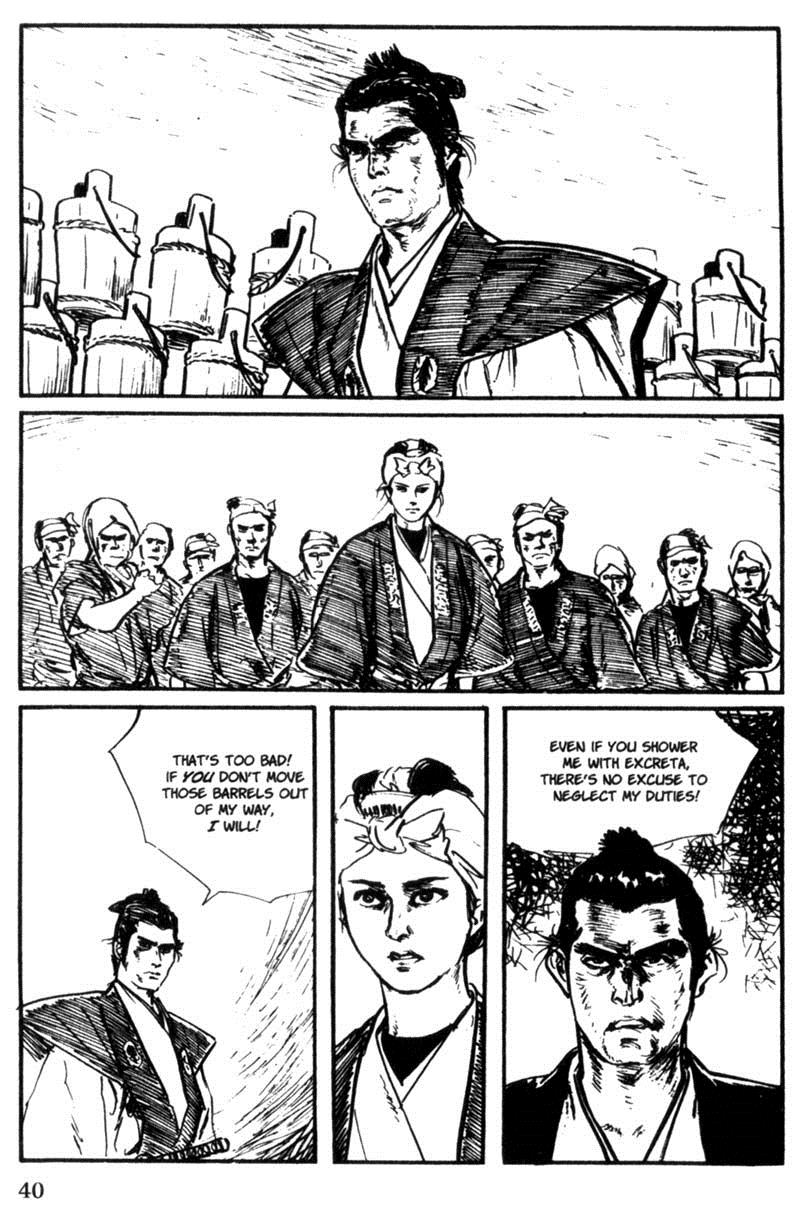 The unusual title for this volume is derived from that of the second longest story. It’s strange, even by the standards of the series, and returns Kasajirō, now with a formidable reputation as a policeman attracting the most avid of groupies. A kappa is a Japanese form of water sprite, a mythical creature, and as depicted it’s easy to see why Kasajirō might think he’s met one, although a little more difficult to understand his sterling performance under the circumstances. He’s one of several policeman targeted by the kappa, who’s accumulating quite the collection of weapons stolen from them, a catastrophe, because as is pointed out, the value of some weapons is higher than the value placed on police lives. It’s also a story with an immediate sequel, which is unusual for Samurai Executioner.

As for our Samurai Executioner, he’s tested to the extreme over six stories, although not always in a life threatening manner. Kasuo Koike sets a fine poser in the opening, and longest tale of a man so well connected among the criminal fraternity that there’s a concern as to the fate of his executioner. It’s a superb story setting up problems physical and political, none with a simple solution, and perpetuating the danger and tension throughout all the way to a surprising ending making a philosophical point. It’s an astonishing piece of work that surely stands alongside the best of anything else Koike has written.

Research is a strong point of Koike’s stories. He brings history to life by arranging his stories around the procedures of medieval Japan, the involvement of ordinary people providing greater insight into their application. One vividly depicted by Goseki Kojima involves the city curfew and the number of gates manned to maintain it, and there’s also an explanation of the superstitions associated with a particular form of grass. From such simplicity Koike works magic. There’s also a simple, but very effective story concerning another plant to close the book.

Kojima’s art remains contrary. His people often appear to have no weight to them, but he’s a master of mood and atmosphere, and at his best it’s impossible to imagine anyone else illustrating a sequence. There’s also a tendency for his people to seem over-rendered, but that may be a consequence of shrinking the art for these small paperback volumes.

There’s no reason to read the Samurai Executioner material chronologically, and this selection is varied and accessible, and as such an ideal sampler.