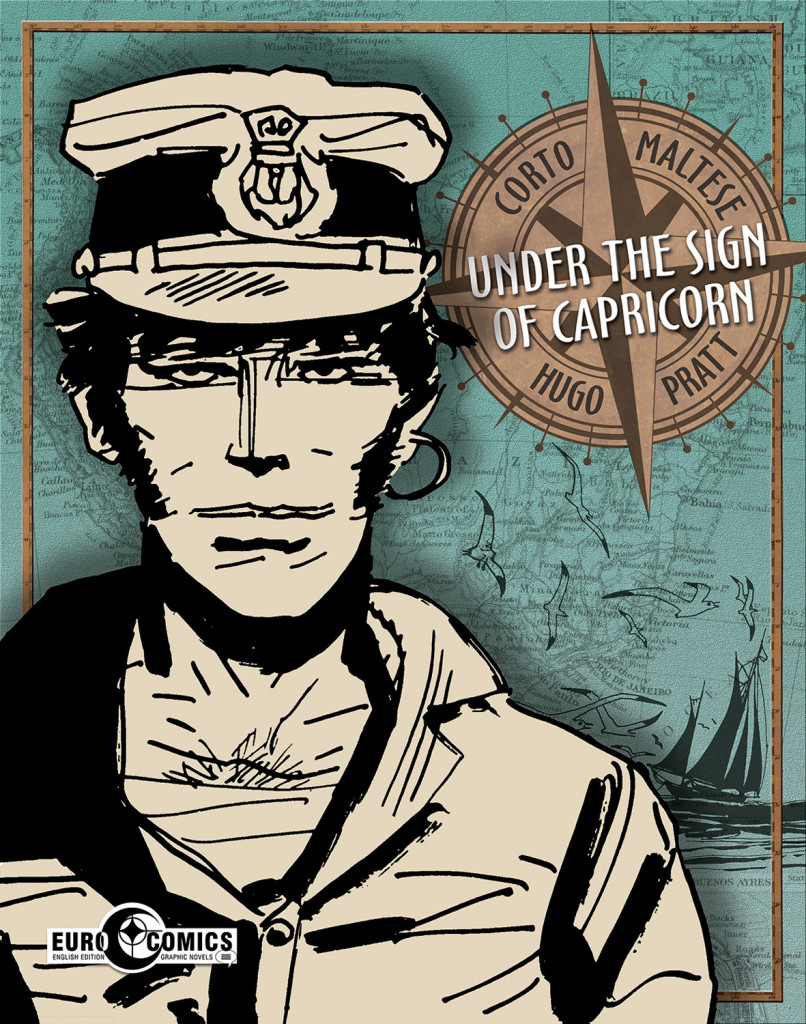 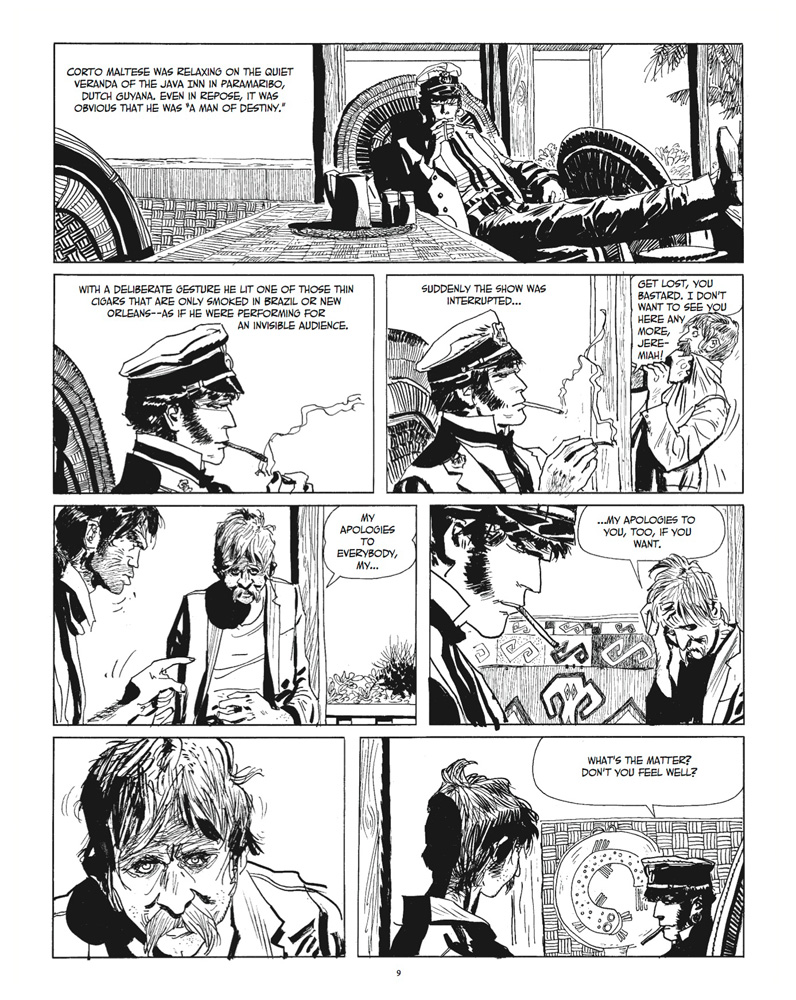 Hugo Pratt has long been considered a master of comic art, and the Corto Maltese series is his defining work, yet English language translations have been sporadic, incomplete, occasionally inadequate and out of print for decades. What’s intended as a complete chronological printing of the series in English is therefore very welcome.

IDW chose to begin with the second volume, perhaps because the first, Ballad of the Salt Sea, is one of the more frequently available in English, most recently in a shockingly disrespectful colour version in 2012 that chopped up and re-pasted Pratt’s panels. It might be early Corto Maltese, but when he began working on Under the Sign of Capricorn in 1970 Pratt was already a veteran writer and illustrator, with a 25 year career behind him. It shows not only in the confidently languid pacing of his connected stories, but in the elegantly characterised cast and the superbly spartan storytelling. Gloriously detailed artwork is more frequently admired, but the economy of the panels here draws the attention to the essential, not the periphery.

Corto Maltese is an adventurer of indeterminate provenance, with Pratt deliberately vague about his background throughout the series (with the exception of a clumsily inserted line in the following book Beyond the Windy Isles). There are hints here, as Corto experiences a fever delirium, but as far as Pratt was concerned the here and now was of the essence and the past could remain there. He occasionally meets those he knows, and his reputation is his calling card, but Corto moves forward, not backward, revealing no more than is absolutely necessary. His stories roll out chronologically, and these are set in the coastal areas of Brazil, Guyana and Surinam in 1916 as war rages in Europe.

They’re strongly influenced by the adventure strips of Milton Caniff, but Pratt brings a literary sensibility to the work. There’s all the action of Steve Canyon, but as Kim Thompson’s astute back cover quote explains, it’s fused with a sense of destiny and tragedy. Pratt also has no qualms about introducing a mystical realism. All too often the world doesn’t provide an explanation, and Corto is as accepting of the unknown as he is of the known.

The six stories presented all fall within a broad category of exotic adventure, but that tragedy Thompson mentions occurs in more than one. The finale is the best of them, starting with Corto under fire behind a rock on a remote island, and ending with the truth of rumour and jealousy uncovered. Pratt makes good use of a seagull as a marker, a distraction and an observer, typifying the attention to offbeat detail that characterises the strip and raises Corto Maltese above the genre it seemingly imitates.

Pratt’s characters are stunningly realised, their personalities a beacon. Almost all are illustrated as tight-lipped (Corto’s mouth barely ever opens), and they wear their lives on their faces. The sample illustration features the dissolute Professor Steiner, but the most distinctive here is a Russian rogue named Rasputin, his inspiration obvious, but gleefully devious. Mention should also be made of Pratt’s sympathetic portrayal of assorted races. There’s always a dignity, never a source of offence.

Euro Comics are doing the material justice with printing on rich just off-white stock, providing an idiomatic translation and endpapers offering background information on Corto and his times and a biography of Pratt.