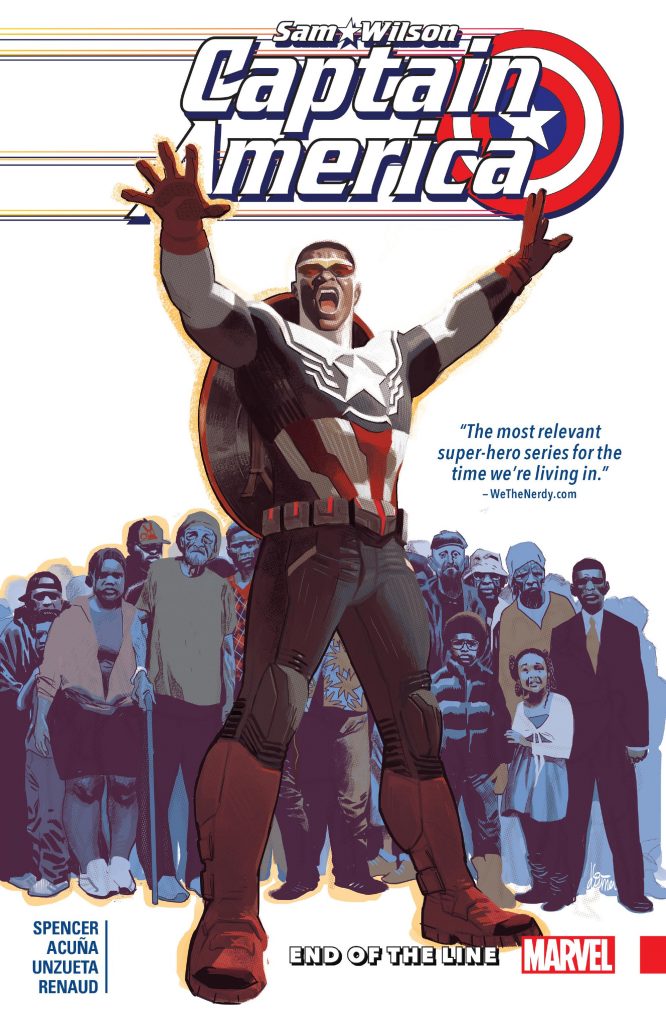 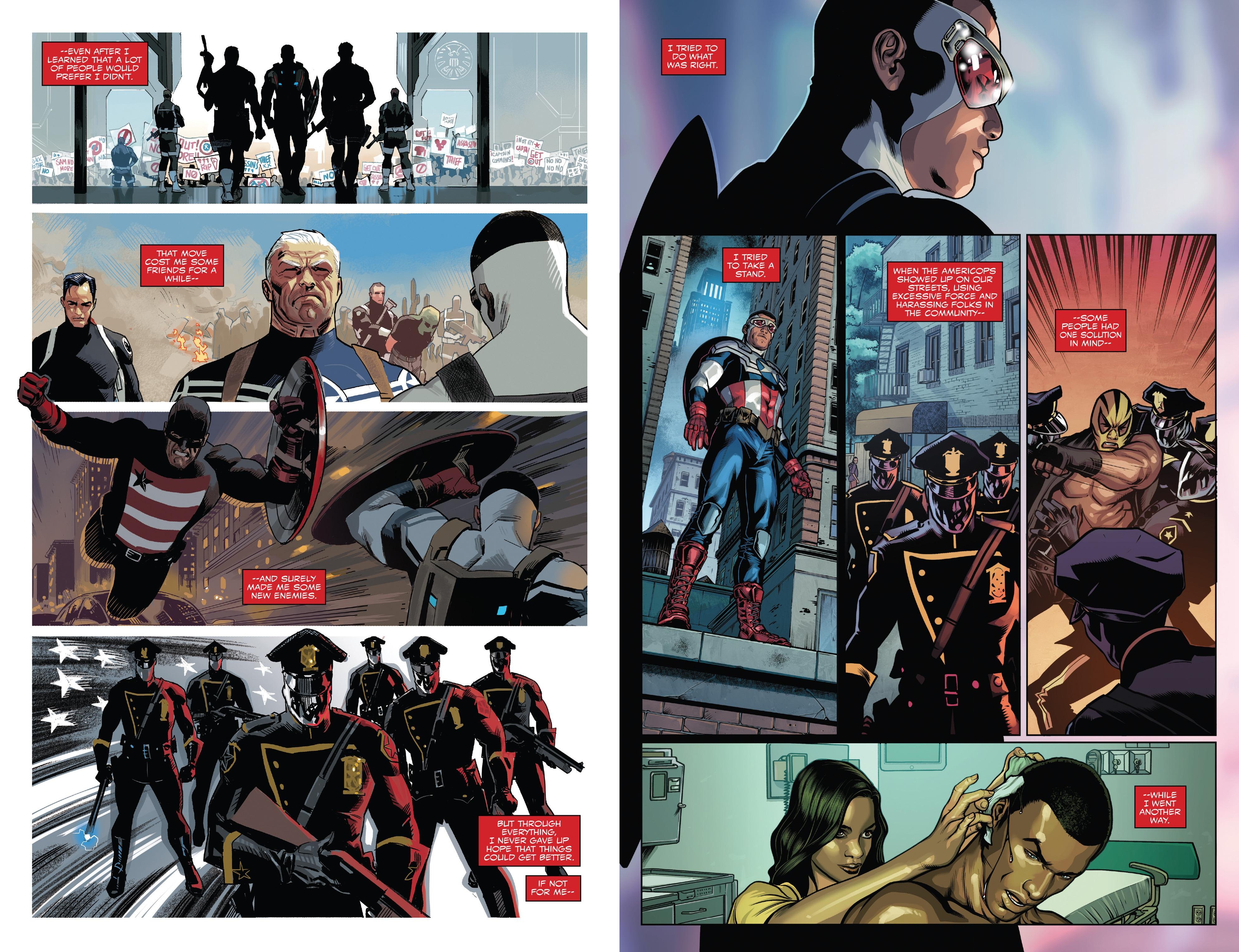 Much of what Nick Spencer has fed into Sam Wilson’s series approximates real experience in the USA, be it bigoted news reports filtered through a political agenda, or over-zealous policing of African Americans. The results of that occupy a depressing opening two chapters showing how the legal system is stacked against anyone without the money to hire an adequate defence. Spencer equates it with the African American experience as that feeds into themes he’s used throughout, but there are wider applications. Little comfort is to be had from the continuation either, as Spencer continues to take a broadly reflective approach to what would play out in reality.

Artists Paul Renaud, Angel Unzueta (sample page right), and particularly Daniel Acuña (sample page left) are all very good, but why the can’t Marvel schedule properly? If none of them can handle the series on a monthly basis, why can’t it be arranged for one artist to draw all episodes of a continued story? Three of them on what’s a complete arc in four chapters is just messy.

Something else that galls is that while Spencer is using the series to point out the injustices of the world, Marvel are milking every last cent from their printed graphic novels, adding old material to new in order to maintain an entirely artificial proposition that roughly a hundred pages equate to a graphic novel. If the original serialised issues don’t break down that way, then they’re packaged with reprints, generally of far lesser quality, to reach that page count to justify the price. A far more satisfying reading experience would have been the four original chapters of #TakeBackTheShield packaged with the four chapters of original material presented here. At least this time the 1990s Avengers story by Larry Hama and Paul Ryan is still readable, and the connection is that it introduces Rage, who has a big role in Spencer’s 2017 content. Once again, there’s no Sam Wilson to be seen in the older story.

What Spencer produces here is very good, and if the points he’s making are sometimes hammered home a little too much, better that than ignoring them, and there’s always a new generation to educate about what’s wrong with the world. Without the attached drama of Sam’s crisis of conscience, the Falcon’s anger and other subplots it would be just preaching, but Spencer and his artists transcend that with a powerfully tragic story that will stick in the memory. A secondary plot of something being very wrong with the Captain America we know re-emerges toward the end, and continues as Sam Wilson and Steve Rogers collide in Captain America: Secret Empire. 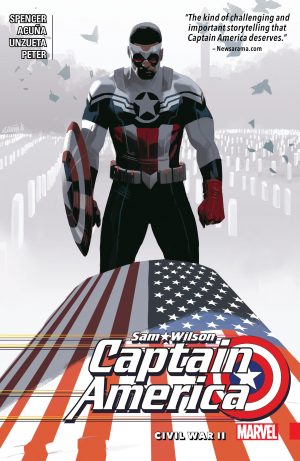 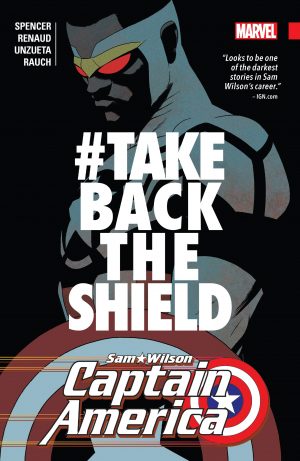