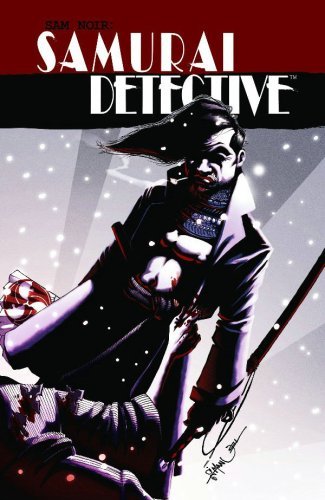 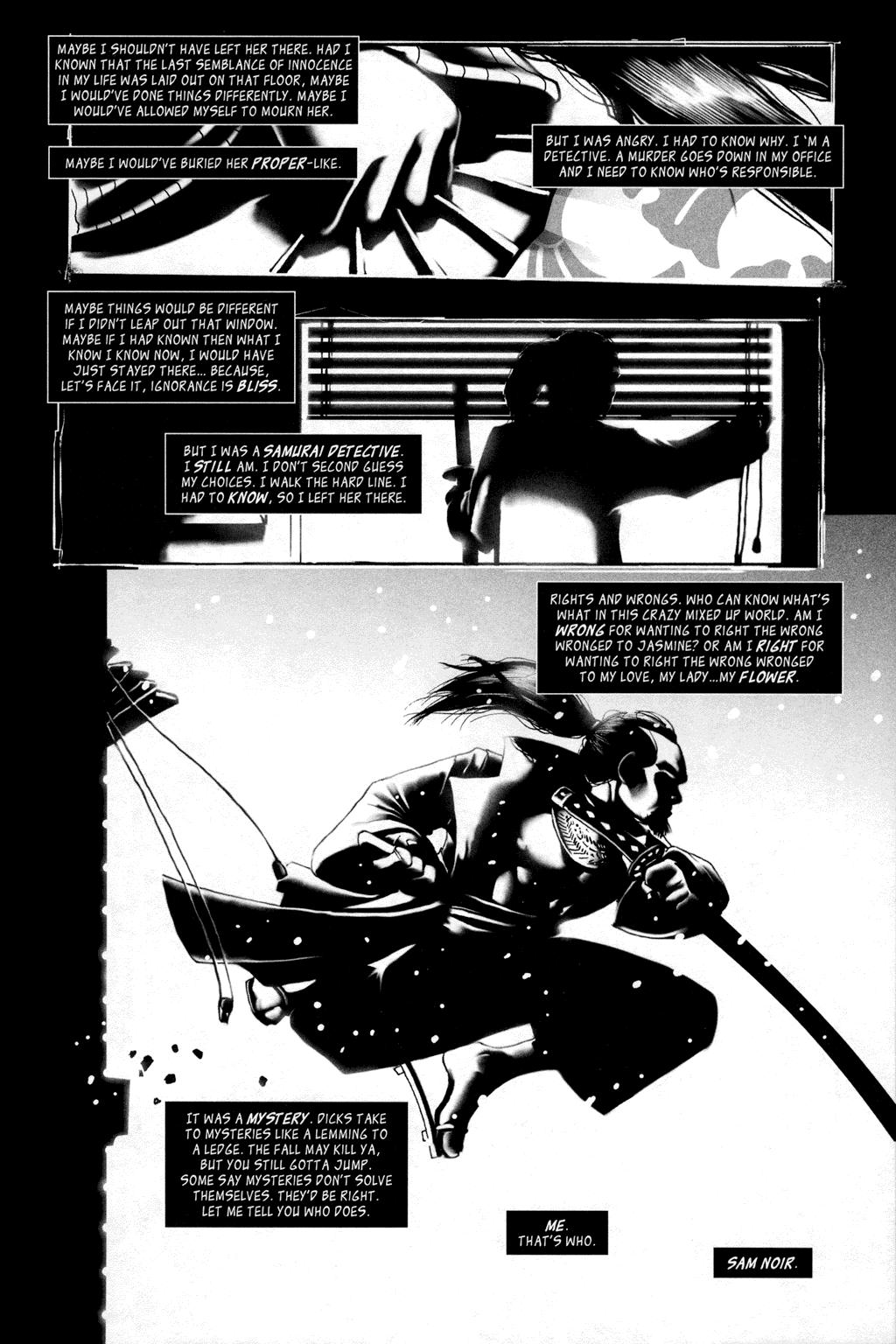 Take some time to relish that title. Sam Noir, Samurai Detective. It’s a brilliantly evocative genre mash, and even without any knowledge of the content beyond that title it already sparks the imagination. Sadly, what that imagination conceives is likely to be better than the resulting work of Manny Trembley and Eric A. Anderson.

Apparently both creators contributed to what begins with a good pastiche of the noir detective first person narrative, but it runs out of control into parody and the charm is lost. The story, however, is all in those narrative captions, and there’s never a point where Trembley’s art is in any way necessary, so it’s a very awkward combination. At times Trembley settles for illustrations intended to provide some atmosphere to accompany the captions, so largely pointless, and when the strip bursts into life with action scenes these are often difficult to follow. The purpose may be to convey the speed of the action between blinks of the eye, but probably not. There’s also an awkwardness to the art, which features great splodges of black shadow and a frequent recourse to silhouette, but with a random quality to both.

Our samurai detective has been paid to watch a woman, and during the course of the observation falls in love with her. Almost all samurai stories feature revenge somewhere along the line, and this one is almost nothing but. Given it’s not intended to be taken seriously, it would still have been nice to have some consistency. For the noir detective aspect to work Sam lives in a modern city, but almost all the cast are dressed as if in the era of the classic Japanese ronin. It nags.

While Sam is smarter, it seems that Groo is an influence, because strip away the trappings and there’s a similarity between the relentless lust for action and the manner in which you can point either character in a direction, just let them go and watch the violence unfold. Sometimes the strip works. There’s a good gag with a janitor toward the end, but overall the title is the best aspect by some distance.

Not everyone considered this disappointing. It sold well enough to prompt a second run titled Ronin Holiday, and that’s collected alongside this in the optimistically titled Sam Noir Volume One.