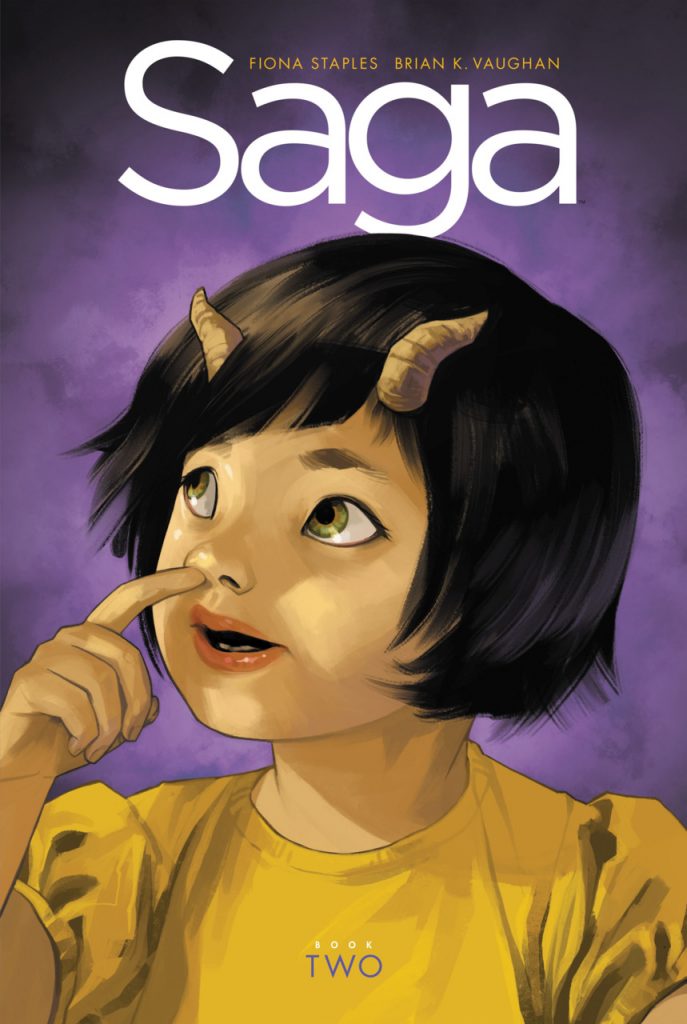 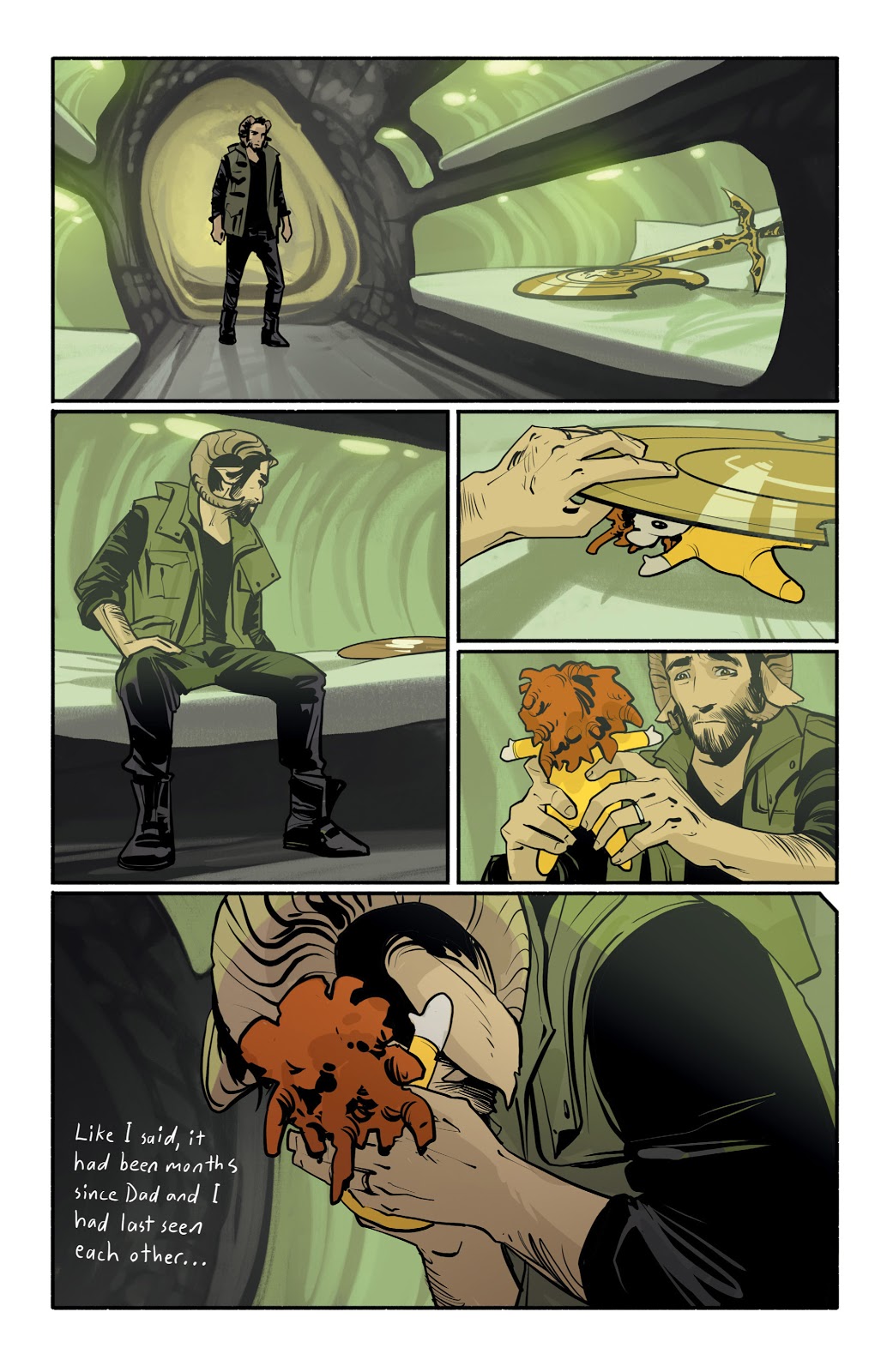 This second Deluxe Edition of Saga continues in the same satisfying way as the first. The background is that a man and a woman from opposite sides of a conflict have fallen in love and had a child, Hazel, who provides the narrative voice, but in hindsight. Alana and Marko would prefer to be left alone to raise their child, but such is the political significance of their union that the powers that be are determined to eradicate them all before the knowledge that people can get along seeps out.

There’s a leap forward in time from Book One to begin this material, Hazel now in her infancy, and another occurs two-thirds of the way through. It’s an effective device enabling Brian K. Vaughan to shift the furniture around without having to linger beyond the usefulness of a particular period. He’s clever at establishing how relationships have grown, or been re-evaluated during the gaps.

It’s difficult to imagine Saga without Fiona Staples as artist. Her design skills are very strong, and time and again you’ll be taken aback by the jaw-dropping way something looks, be it retro robot warriors with flaming hands or something simpler like a giant walrus creature. However, that’s only her second greatest artistic strength. She’s phenomenal at bringing personalities to life, through expressions and posture. Because it contains no dialogue the eye can easily skim over the page used as a sample, but look at the emotion on that page, and how phenomenally well it’s conveyed. She’s also great at selling funny scenes, with this collection including the infamously obscene dragon spread, and there’s a great hierarchical progression with the design for the robots with TV monitor heads. The downside is the sparsity of background detail. Fair enough, Alana and Marko tend to keep to isolated locations, but even in busier places the backgrounds are all too often filled with wisps of pastel colour.

As this volume opens Alana is earning a living acting in holographically broadcast soap opera, and of everyone she changes the most over the course of events. She begins slipping into a downward spiral, makes the wrong choices about rectifying her depression, yet ends up almost as happy as she’s ever been. It’s quite some journey, and although other cast members change and progress, no-one experiences the emotional roller coaster as intensely. Saga is originally serialised in slim chapters, and gathering them together emphatically displays how amazing Vaughan is at conceiving shock episode endings guaranteed to drag the reader onwards, and he never cheats with the revelation or continuation. There is an element of convenience about how Alana and Marko, two ordinary people, consistently manage to elude the experienced representatives of entrenched powerful interests, but they’ve been so well developed as sympathetic characters that we’d really not want it any other way.

Expensive Deluxe Editions and Omnibuses have been formats increasingly prevalent as a third publication stage following individual comics and trade collections. All too many of them just rebind mediocrity, but Saga is a series deserving the format, consistently engaging creative drama that you’ll want to revisit.