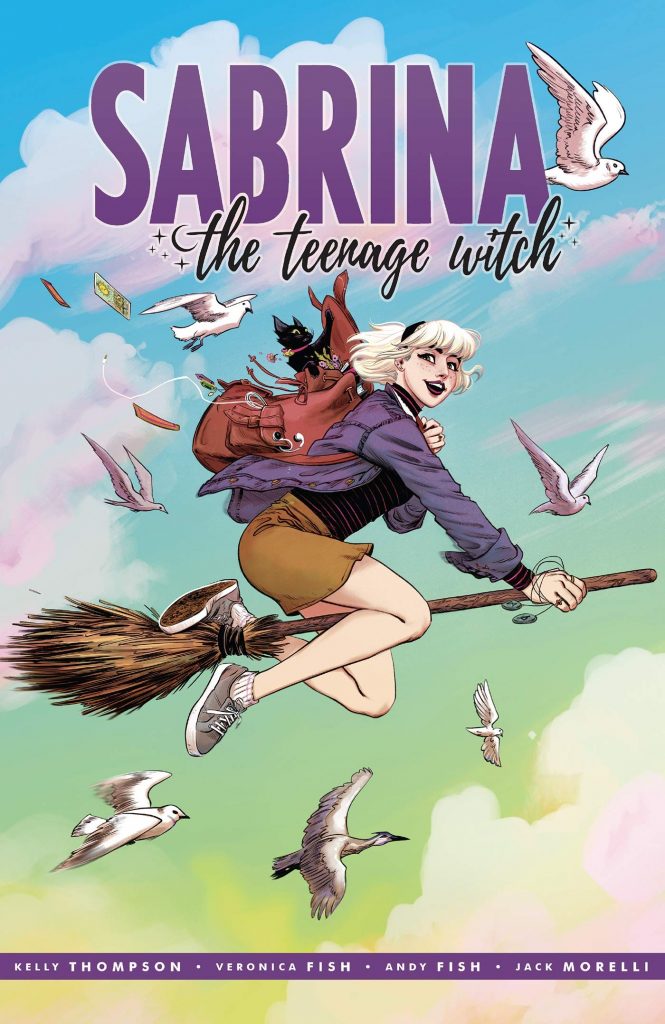 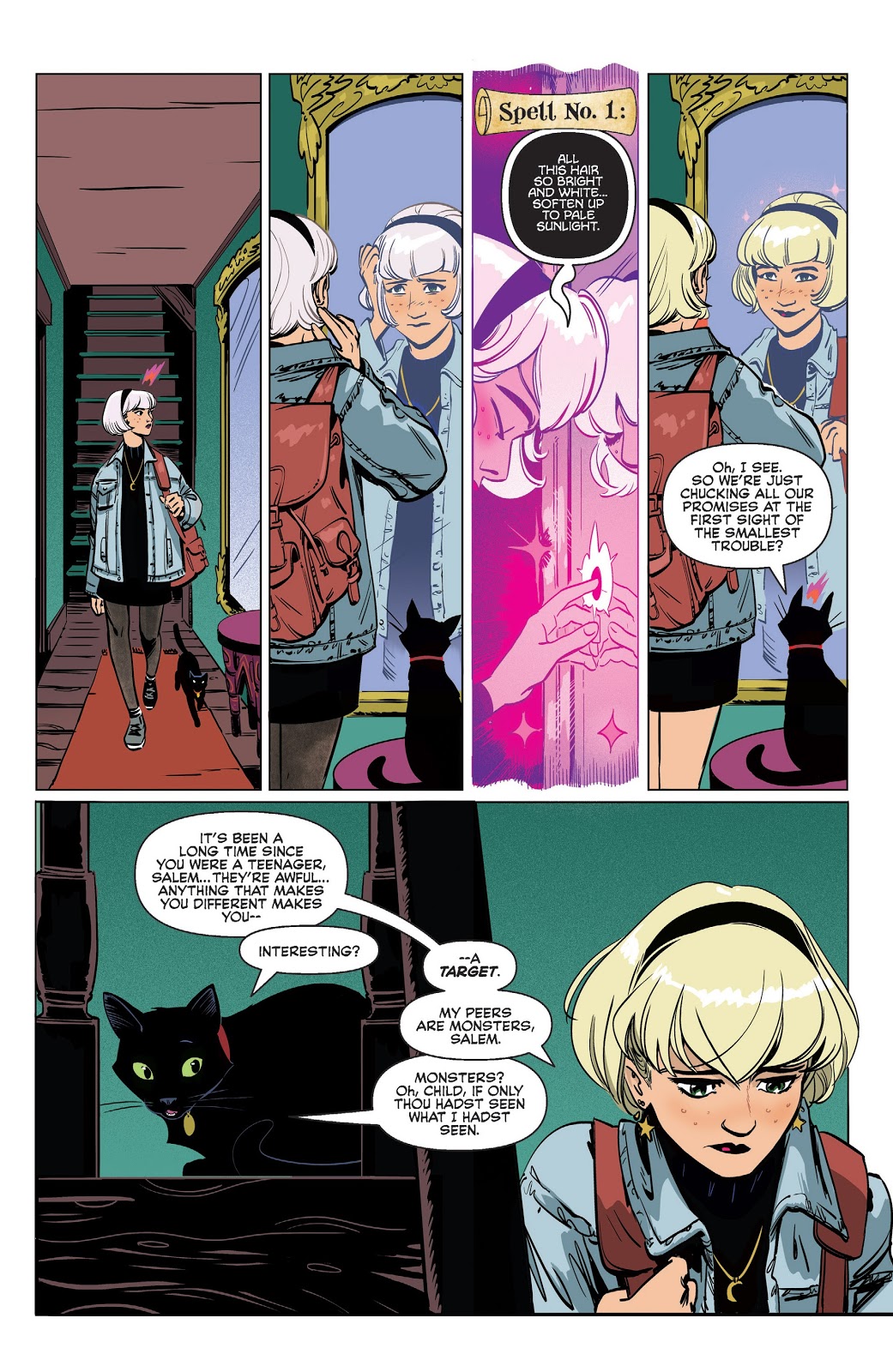 The title’s always delivered Sabrina’s concept, and the story’s often prompted by a need to conceal the fact that she is a witch, so no major grade, life-changing spells feature. It’s a well used, but necessary trope, limiting the impossible. Where would the fun be in Bewitched if Samantha forcefully brought home to Darren the inconvenience of his perpetually arriving with his boss for dinner at short notice?

As she’s proved over other titles featuring young women (see recommendations), Kelly Thompson excels at providing them with an authentic and sympathetic voice, and making an audience understand how they feel. This is irrespective of how far the readership is from their own teenage trauma, and how trivial it may now seem. It makes her an ideal choice for upgrading Sabrina’s life from all-ages comedy to young adult drama. What she adds to Sabrina is a neat selection of arcane knowledge, whether genuinely researched, or, more likely, creatively generated. Also, Thompson can’t fail to be influenced by Buffy, the Vampire Slayer. Sabrina’s not quite as proactive, but she’s equally capable and tone is similar, especially over the final chapter.

If Thompson generates the spark, then the art team of Veronica and Andy Fish fans it into a flame. Spectacle is what’s needed to accompany witchcraft, and spectacle is what’s supplied in some gorgeous looking pages rich in personality and detail, with the viewpoints cinematic and embedding Sabrina in her locations. Decorative scenery is provided, and the bright colour brings that to life along with several creatures. The credits don’t break down the individual constituents of the art, but whether one or both of the artists provide the colour, it’s notable.

Sabrina is surrounded with people who’re either actively strange, or have something to hide, and sometimes it’s both. It makes for a fun brew as mythological creatures start appearing in Greendale, and a lot of Sabrina’s classmates seem to be concealing something. Thompson works everything to a satisfying finale, then drops the bombshell that while this can be read as a standalone graphic novel, there’s a continuation due in Something Wicked.