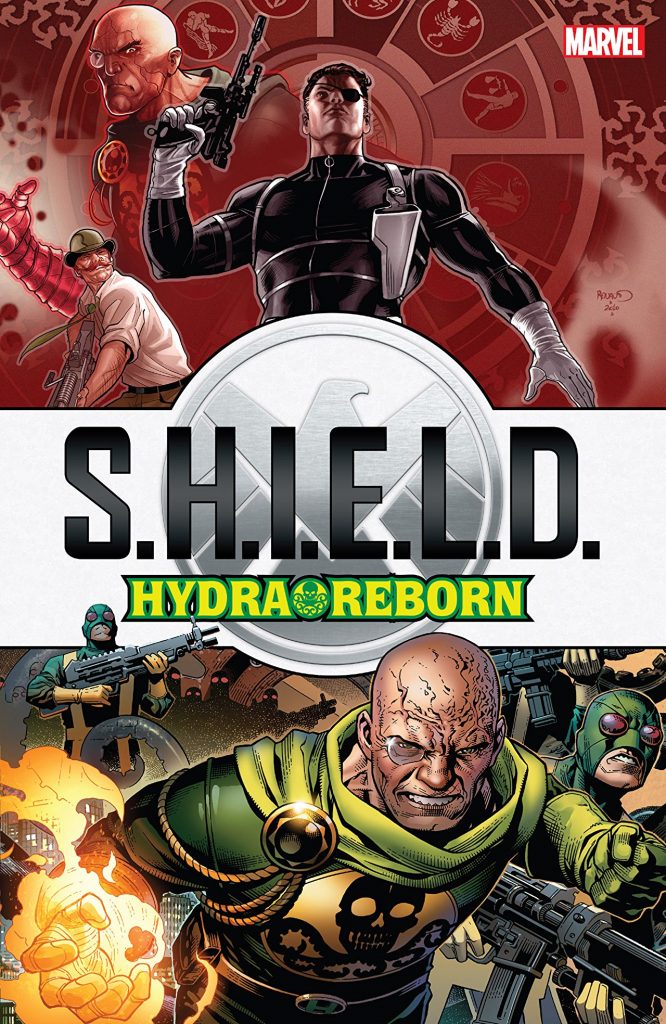 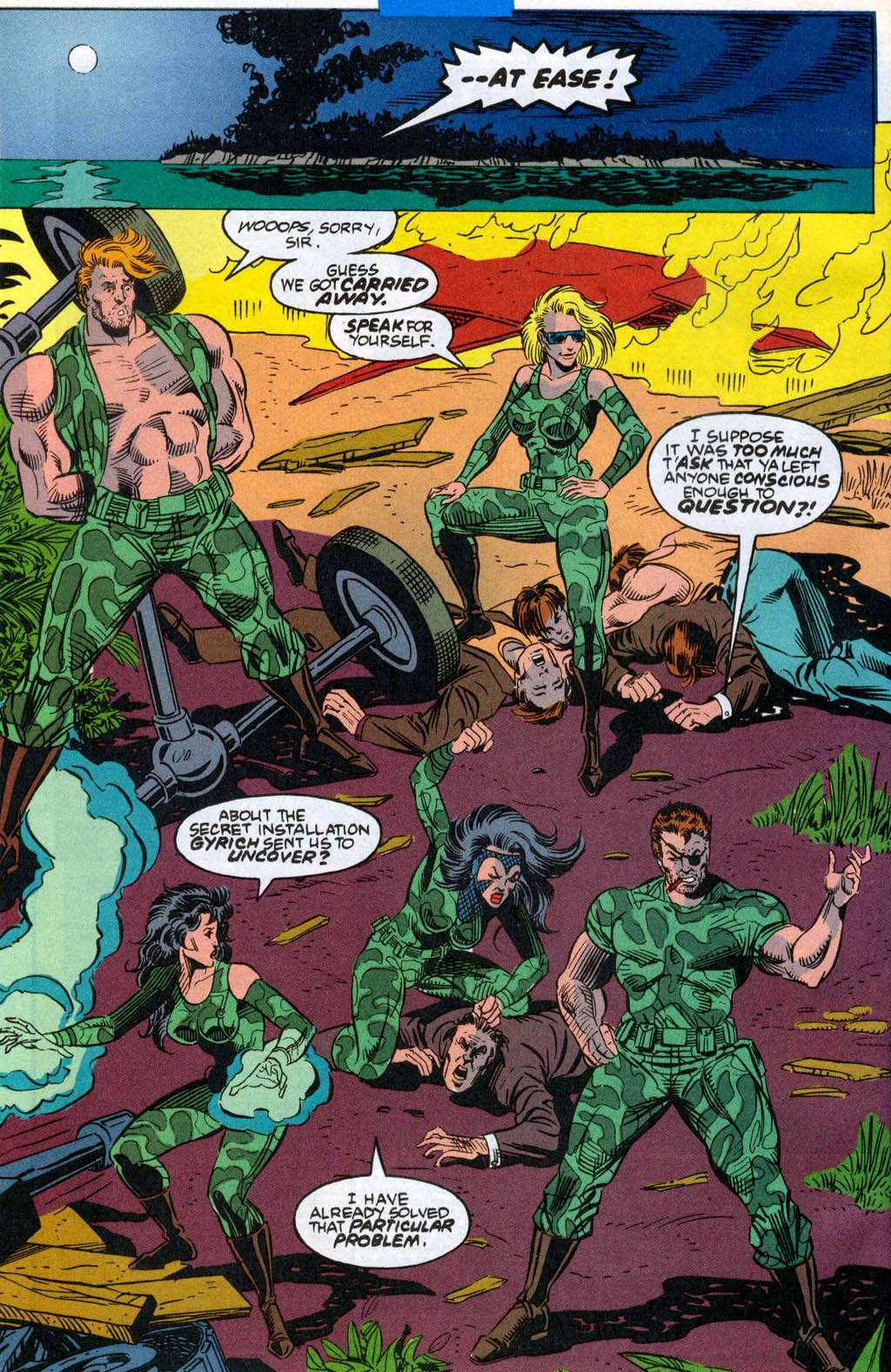 If any Marvel collection reflects the bloated state of the company in the 1990s, it’s Hydra Reborn. During a period of unsustainable expansion it seemed anyone who knew an editor was handed an assignment, and those editors didn’t bother maintaining coherency. Much of this book is truly wretched.

Scott Lobdell and M.C. Wyman’s work begain in volume three, and to consider their S.H.I.E.L.D. bombastic severely understates the case. Just short of the world’s entire supply of bombast has been poured into the opening two chapters. Characters with legs never less than four feet apart scream their smart-mouthed dialogue into each other’s faces, or as they’re leaping out of the page and into your face, and agents with names rejected as too clichéd by the people producing G.I. Joe stomp across the terrain. It’s terrible.

Next up is ‘The Cold War of Nick Fury’. The first two chapters of four have Fury captured and telling stories of his wartime experiences in Japan and Korea courtesy of writers Eliot Brown and Bob Sharp. It’s standard stuff, but part three has Lobdell back to announce on the opening page that it’s all been lies! The world’s remaining supply of bombast expires as he reintroduces his preposterous S.H.I.E.L.D. superhero cast and switches tack again for the final chapter of a story that’s eventually has almost nothing to do with its title. Paul Abrams (sample page) is representative of the poor art over the first half of the collection.

That improves with John Heebink drawing all five chapters of the title story. His page layouts work, but despite shaky figures he’s Rembrandt compared to most other artists used. This closing story is an exercise in rectifying Marvel’s precious continuity. For cheap dramatic purposes in an otherwise creditable story several S.H.I.E.L.D. agents of long standing were killed in the course of Nick Fury Vs. S.H.I.E.L.D. It’s also decided that much of the more recent content has also been a mistake, and Gregory Wright is handed the task of tidying everything up. Unfortunately he hones in on the mistakes from Nick Fury Vs. S.H.I.E.L.D. and repeats them. To display his is a weighty and tragic story, long-running characters die, and once again people who should know better are all too easily convinced by men in suits that Fury’s gone bad (again). Fury’s just too gung-ho, never taking the time to consider anything before rushing in, and the episodes are populated by obscure superheroes who just drift in and out. Baron Strucker previously portrayed as an arch-plotter, decides to blow up the United Nations building, and settle things with Fury once and for all at the Statue of Liberty. It’s better than the previous content, but this stops well short of being good.

Further rectifying of Nick Fury Vs. S.H.I.E.L.D. occurs in the final story, this time drawn by a slightly more restrained Wyman with Barry Dutter presenting the definitive origin of S.H.I.E.L.D., at least until it was revived the next time. It starts with unconventionally effective World War II era Fury, also encompasses the origin of Hydra and follows the paths of other S.H.I.E.L.D. enemies. It’s not great, riddled with signifiers that not enough basic thought has been applied, Tony Stark handing the then head of S.H.I.E.L.D. the complete list of his S.H.I.E.L.D. staff being one example, and characters acting as if in comics rather than according to position being another.