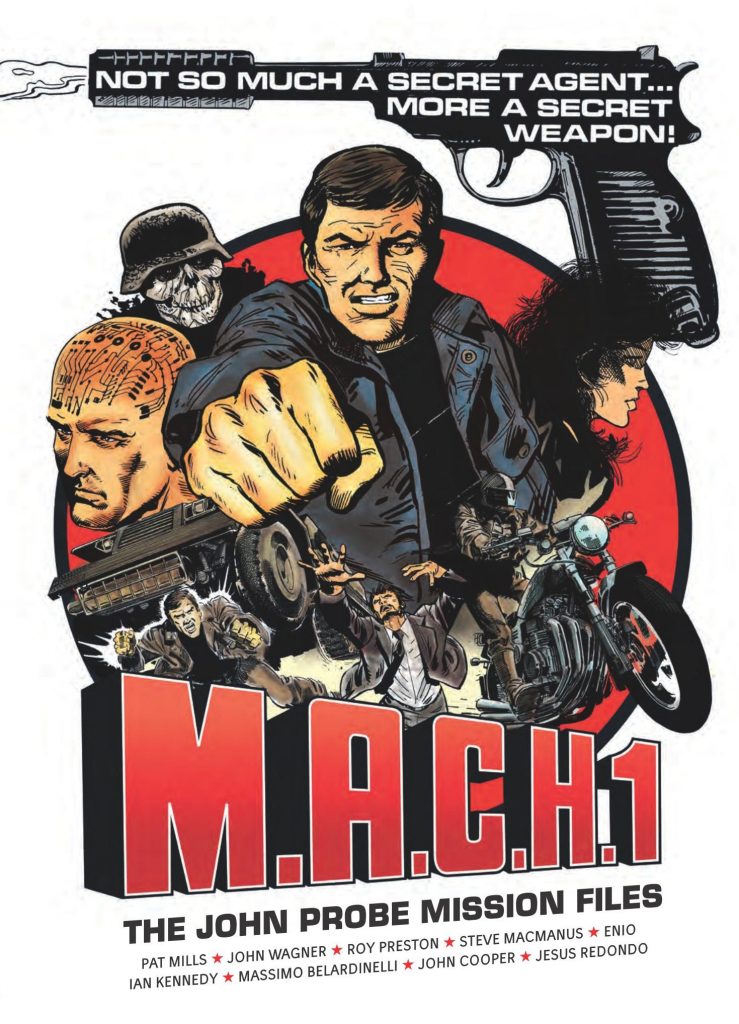 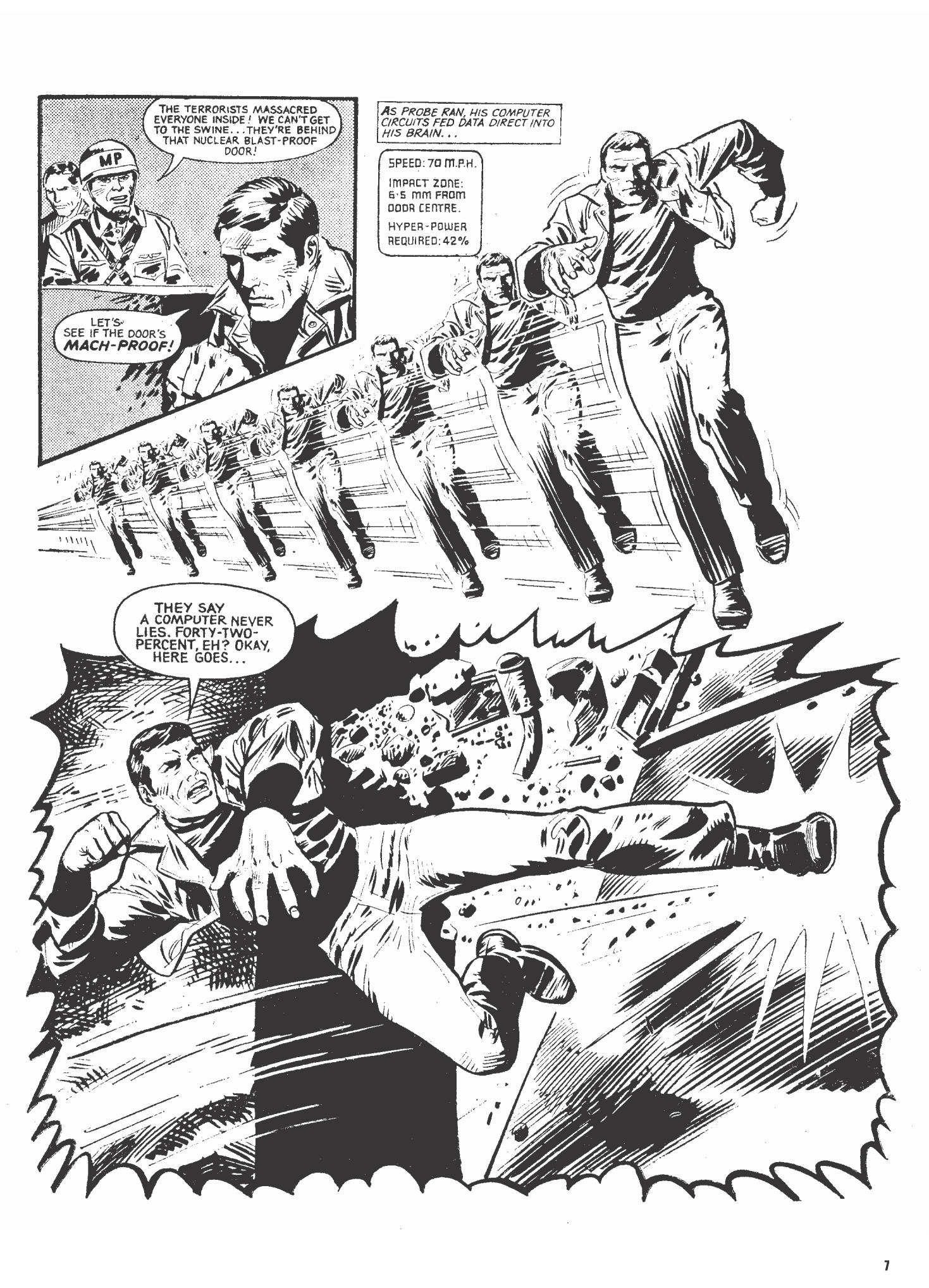 Agent John Probe benefits from being a Man Activated by Compu-puncture Hyperpower, the contrived acronym and technobabble employed to convince he can manifest the strength of fifty men. Pat Mills conceived the character and hard man direction, with some vital input from John Wagner suggesting the computer hybrid. Mills wrote the first couple of episodes, then heavily edited the scripts of other writers to ensure dynamism and consistency. It worked in the short term, and for the first two months of the new 2000AD adventure comic in 1977, M.A.C.H.1 was continually voted the top strip by readers.

In his memoir about 2000AD, Be Pure, Be Vigilant, Behave, Mills recalls the M.A.C.H. 1 strips as being relatively work intensive, as the details of an agent operating in the near present day required research to convince, whereas making stuff up for other stories was easier. The feature has a manic energy as the assorted writers and artists attempt to cram a movie’s worth of action into four, five, and eventually six pages, pages that require some big images for maximum effect, but set up, thrills and conclusion don’t leave room for frills. If Probe’s not explaining the plot as he goes along, his internal computer is supplying detail, and some of the episodes are so over the top they’re hilarious. Mills writes a good one early on, with M.A.C.H. 1 sent to the state of Irania to assassinate their warmongering president, and declaring his intention at the border as part of his plan. That’s the first strip to feature a warning to the kids that only an idiot would attempt to imitate M.A.C.H. 1’s exploits, and Mills always ensured the villains of the piece were irredeemable thugs thoroughly deserving their eventual calculated demise.

The art has a certain rough charm, but few of the artists stand out. Ian Kennedy illustrates one of his rare 2000AD strips early on, but the majority of the work is via the Spanish agent the publishers employed at the time. Those Spanish artists are big fans of using irregular shaped panels and drawing the eye across the page diagonally.

As the strip continues Probe mixes sorting out the world’s despots with investigations of other technology that could exist ten years in the future (1988), but is still all-action in dealing with reclusive millionaires leeching the life forces of athletes or Yeti in China. With the feature six months old Mills returned to the writing, now extending his stories over three chapters. It doesn’t dent the visceral thrills as M.A.C.H. 1 is sent into space, and then has to deal with a possible alien invasion, with Mills rather copping out with the truth after a spirited tour around backwoods USA.

Mills’ biography also indicates an awareness that the feature has dated. When created M.A.C.H. 1’s entire purpose was to thrill the expected seven to ten year old purchasers, and as patriotic brutes go, he’s resolutely one note, any characterisation of the hard man’s quip variety. Even if very fondly remembered, all these years later this is a strip worth investigating only in very small doses. a second collection titled Close Encounters reprints the remainder of Probe’s Compu-Powered adventures. 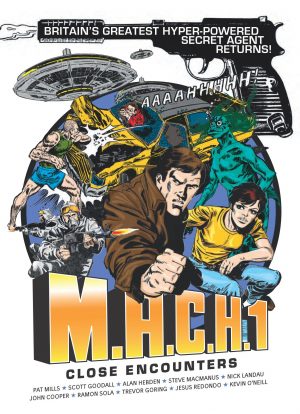