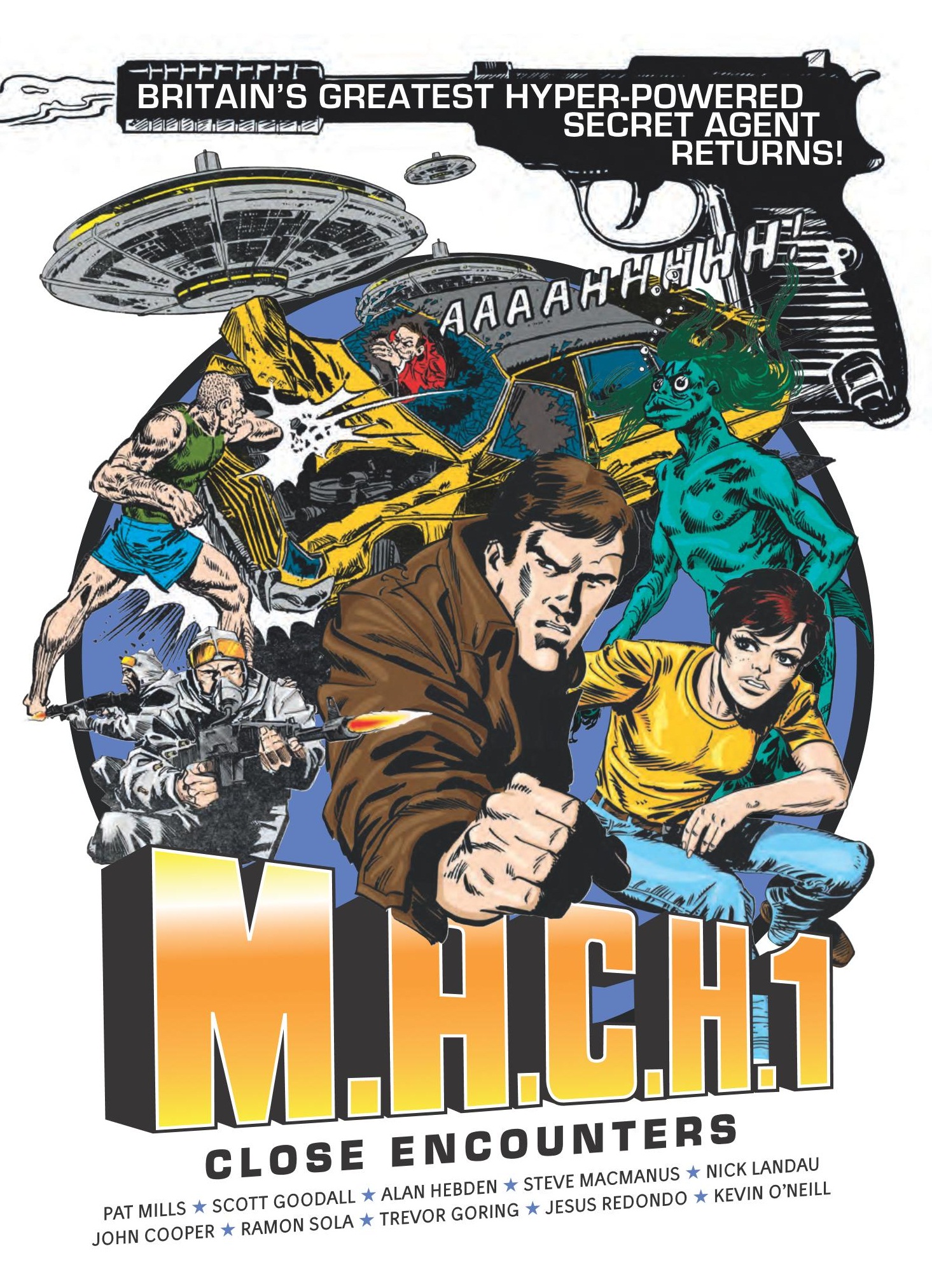 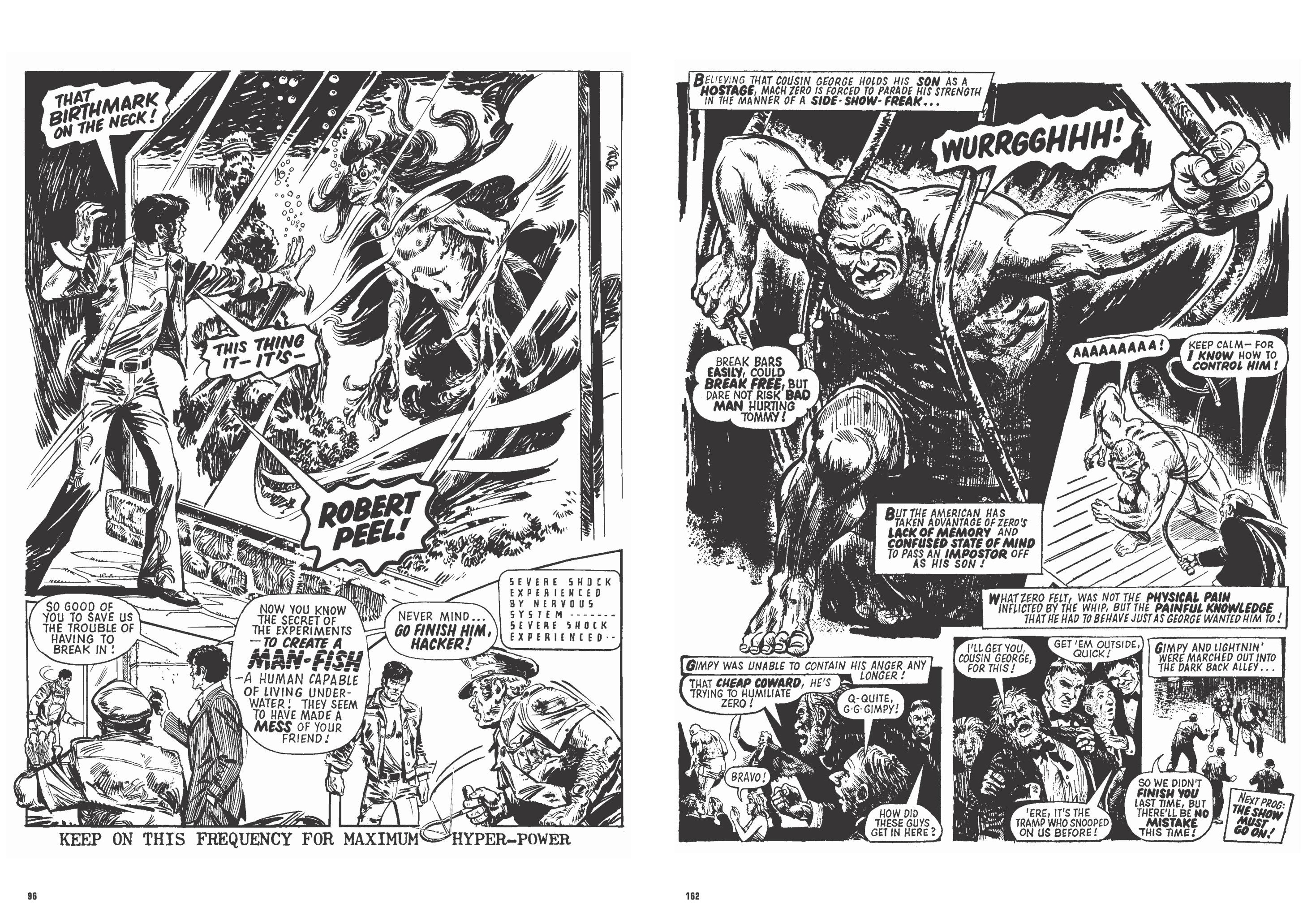 Compu-puncture experimentation has resulted in British government agent John Probe being integrated with a computer mind able to offer advice quicker than the human mind can assess a situation, and with enhanced physical abilities. This second collection mops up John Probe’s remaining adventures as M.A.C.H. 1 from 1978 and 1979, and includes those of his predecessor M.A.C.H. Zero.

Creator Pat Mills hasn’t been shy in acknowledging that M.A.C.H. 1 was heavily influenced by TV’s Six Million Dollar Man, so it’s inevitable that a Bionic Woman would turn up. This is in a script from Alan Hebden, best of the assorted writers until Mills returned, generating the most excitement with an adroit combination of action and intrigue. It steps into the fantastic, but without it being obvious that the writer is also having a snigger despite Hebden writing a scene of Probe riding a cruise missile. Other writers are unable to hide not taking the feature seriously, Scott Goodall in the opening strip offering the questionable taste of using corpses frozen in ice to batter foes.

A plot of Probe not trusting his manipulative boss comes to dominate, as assorted writers move away from individual missions. It’s a mistake, as while those missions might be derivative, at least there was an energy and excitement about them, whereas moving Probe into attempting to outmanoeuvre his own boss results in scripts lacking any logic other than filling pages. It means the earlier John Probe Mission Files is slightly the better collection. Probe’s creator Pat Mills returns for the four part series finale, which does have some over the top imagination to it via introducing an alien threat, but is unusually downbeat in its extrapolation of the military mind.

Steve MacManus and Ramon Sola pit Probe against the unfortunate first attempt at creating his integrated powers, the near mindless M.A.C.H. Zero, and after the final M.A.C.H. 1 strip his predecessor again takes centre stage. M.A.C.H. Zero reworks the early Hulk as an incredibly strong and destructive creature, but also with a side to be pitied, and Mike Dorey brings this out through the art with MacManus setting an egotistical glory hunter on Zero’s trail before Geoffrey Miller switches the tone entirely.

2000AD’s audience aged with the comic enabling the writers to employ a greater sophistication, and due to that the earliest strips now seem far more dated than they would anyway. With the distance of time added in, M.A.C.H. 1 doesn’t come out well. The stories commissioned for annuals are of greater interest than those usually featured in the back of 2000AD collections, featuring art from Kevin O’Neill oddly trying to blend in, Garry Leach and a job from Trev Goring very good indeed. However, it’s not enough to bolster the rest of the content. 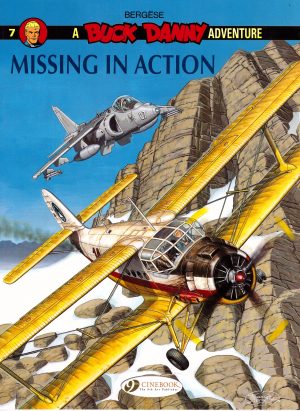 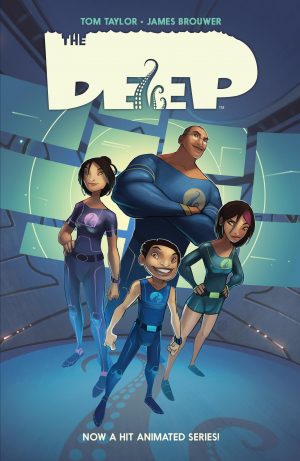 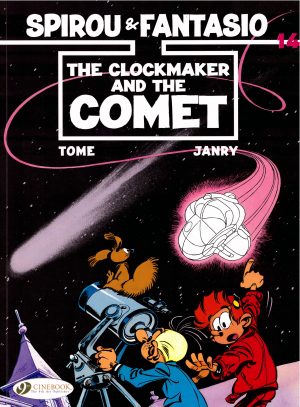 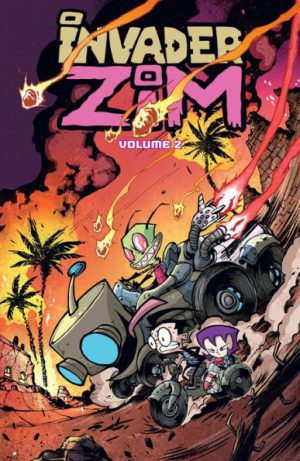